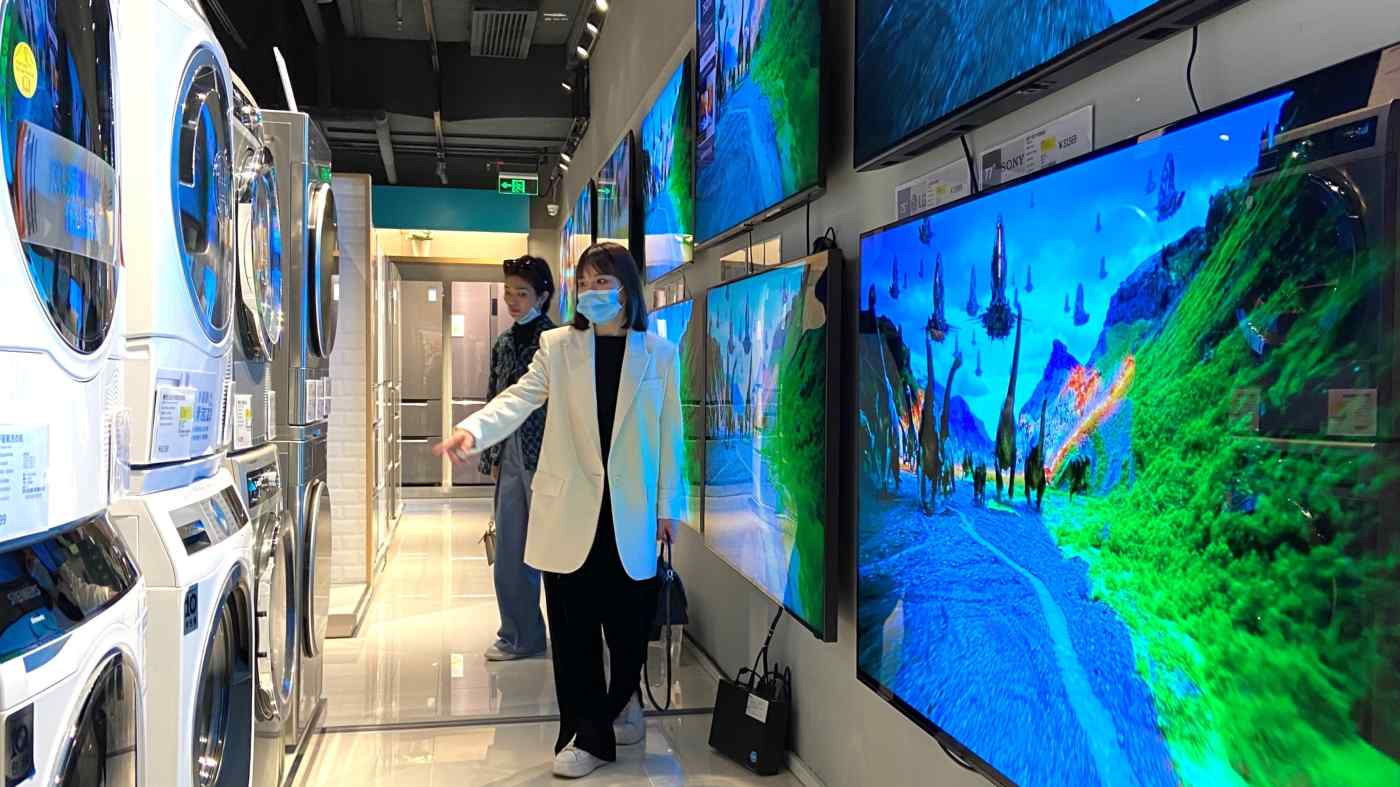 TCL already has a 20% stake in Homa Appliances, whose stock it began snapping up at the beginning of the year. The move, at diversifying TCL's business portfolio, comes in response to radical changes in the business environment. After years of rapid growth, backed by a vast domestic market, Chinese appliances makers are under strong pressure to branch out into new businesses and markets.

Calling Homa Appliances "an extremely competitive company," Li Dongsheng, chairman of TCL Electronics, the core unit of the TCL group, suggested in early March that the group would continue amassing Homa shares in the coming months.

Homa was founded in 2002 by Cai Shier, who spent years working for various manufacturers in the industry. The company specializes in designing and manufacturing fridges for other companies. It is known as "Foxconn of fridge manufacturing," a reference to the Taiwanese contract chipmaker.

Homa racked up 7.3 billion yuan in sales in 2019, but that figure is dwarfed by other Chinese home appliances giants like Haier Group, which posted around $30 billion in sales of fridges and other appliances. But Homa earned around 80% of its revenue overseas, a higher share than those of most of its Chinese rivals. It sold more fridges outside China than any domestic competitor in 2019, accounting for more than a fifth of all Chinese fridges sold abroad, according to Huajing Research, a market research specialist. In contrast to Homa, TCL produces mainly "black goods" -- electronic devices housed in black or dark casings, such as TVs and LCD displays. TCL is not a big player in white goods in China or overseas, although it makes air conditioners and a few other products in the category. With its attempted takeover of Homa Appliances, TCL hopes to broaden both its geographic and business scope.

But the move went down badly with Homa. TCL repeatedly demanded that Homa hold extraordinary shareholders meetings to place its executives on Homa's board. Homa refused, citing "procedural deficiencies." But on March 23, Homa finally agreed to hold a general shareholders meeting on April 9. While its founder and other top executives have remained silent about the matter, the company may take steps to thwart the takeover bid.

TCL's drive to acquire Homa is driven by a shrinking domestic market. Overall sales of home appliances in China dropped 11% in 2020 from the previous year to 705.6 billion yuan, according to Beijing-based consultancy All View Cloud. By category, sales of TVs slid 12%, a steeper fall than fridge sales, which slipped 1%, and washing machines, which declined 6%.

Appliances sales were dented by the COVID-19 outbreak, which depressed consumer spending in the early months of last year. But structural factors were also at work: Most Chinese households already have these products. Sales of home appliances also shrank in 2019.

TCL eked out a 1% rise in net profit to 1.8 billion Hong Kong dollars ($231 million) in 2020. While exports to North America and some other major overseas markets were brisk due to strong "stay-at-home" demand, low unit prices reined in its revenue growth. The price of TCL's TVs per inch was $6.6 in the July to September quarter last year, about half that of the world's two largest manufacturers, South Korea's Samsung Electronics and LG Electronics, according to Omdia, a British market researcher.

TCL is trying to carve out a future for itself as a full-range home appliance maker. The strategy is designed to enable the company to ride out fluctuations in demand for various products, while increasing the value of its brand.

"The Chinese home appliance industry has been struggling with excess capacity and a saturated market," said Liang Zhenpeng, an independent consumer electronics analyst. To ensure their long-term viability, Chinese home appliances makers "need to raise unit prices of their products and accelerate globalization of their operations."

The saturation of the Chinese home appliances market has triggered a wave of mergers and acquisitions, as well as moves by manufacturers to diversify.

In March, a unit of Hisense Group, another big Chinese appliance maker, reached a deal to purchase a controlling stake in Sanden Holdings, an embattled Japanese auto parts company. Hisense Home Appliances Group announced it will buy a 75% stake in the manufacturer of automotive air conditioning systems for 21.41 billion yen ($190 million).

The deal is part of Hisense's strategy to shift its focus from consumer-oriented businesses to B2B operations to secure stable revenue flows. Hisense has said it will share technologies, human resources and production resources with the Japanese company.

Hisense also plans to roll out high-end TVs in North America under the Toshiba brand. Toshiba has stopped making and selling TVs for the North American market as part of a corporate restructuring and the rights to the brand, which were transferred to Taiwanese company, will expire in the mid-2021. Hisense owns TVS REGZA a subsidiary based in Japan that makes and sells visual equipment under Toshiba's REGZA brand.

Midea Group, a major Chinese manufacturer of air conditioning systems, decided in February to buy a 29% stake in Chinese medical equipment maker Beijing Wandong Medical Technology from existing shareholders. It was another move by Midea to diversify its business portfolio, following its acquisition of German industrial robot maker Kuka in 2017.

Since the 2000s, Japanese electric appliances makers, which once dominated the global market, have lost a lot of ground to price-competitive rivals from South Korea and China. But most Japanese manufacturers have been slow to consolidate their businesses, continuing to offer a wide range of products, including heavy machinery and industrial equipment. Some have shifted their strategic focus to content, including music, games and other forms of entertainment.

Chinese appliance makers, on the other hand, are mostly focused on consumer products. And it is not easy for them to expand into the entertainment sector in China, which is dominated by Internet powerhouses like Tencent Holdings. That points to a rapid and radical shakeout in the Chinese home appliances industry in the coming years.