Foxconn and US startup work on BlackBerry's return to Asia 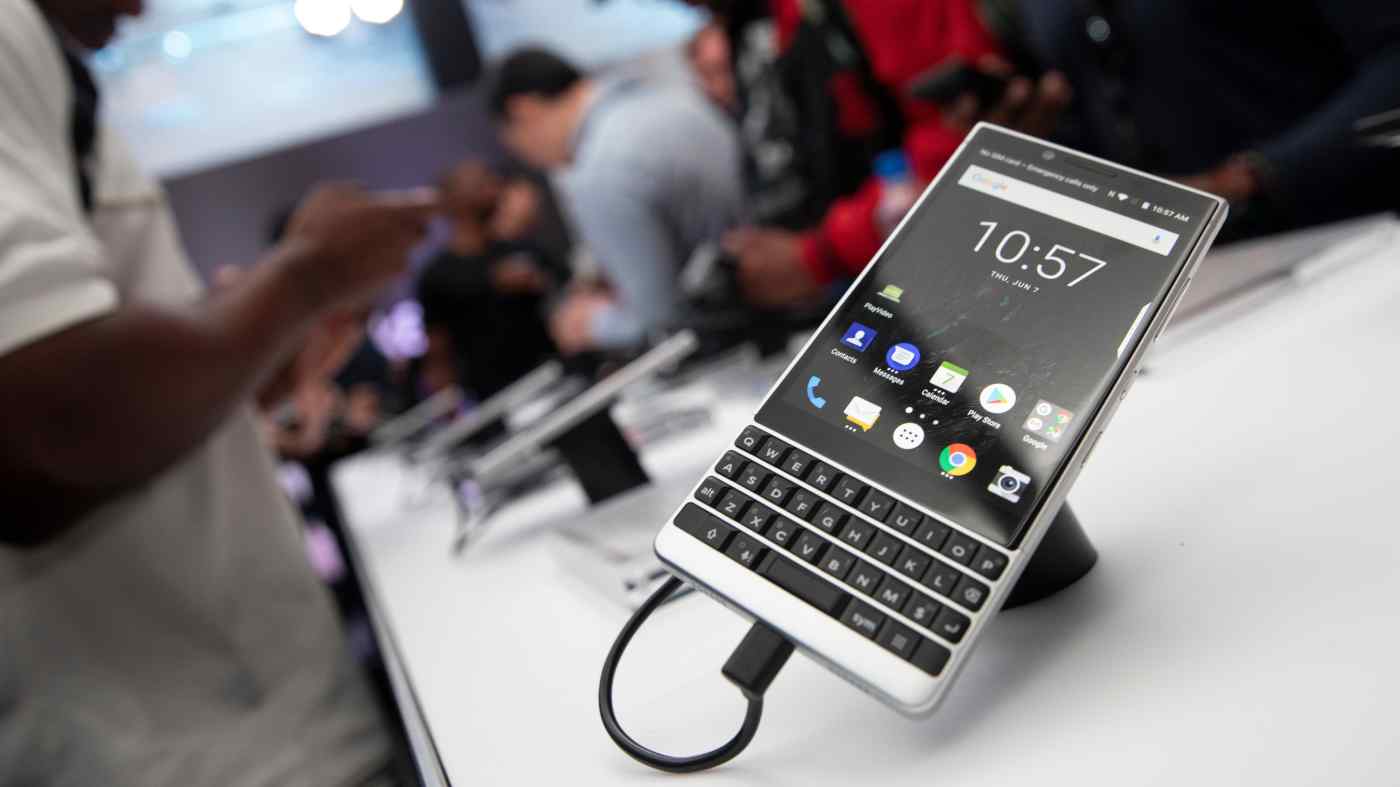 TOKYO -- One Texas-based startup is on a mission to revive the BlackBerry -- the handset of choice for pre-smartphone professionals -- for the 5G era.

OnwardMobility is developing the new keyboard-equipped handset with Taiwan's Foxconn, also known as Hon Hai Precision Industry Group, with plans to release them in North America and Europe within this year. But Asia is also an very important market, CEO and Founder Peter Franklin told Nikkei.

There is no clear timeline on when the handset will launch in Asia, but OnwardMobility hopes to do so as soon as possible, Franklin said. "It is a global flagship device, and Asia is very important to us," he added. "We are in the process of speaking to customers and mobile carriers on a global scale to develop our distribution plan."

More details will be announced within the next few months, Franklin added.

A serial entrepreneur, Franklin founded OnwardMobility in 2019. He has previously worked for Microsoft and online game company Zynga.

The BlackBerry was originally developed by a Canadian company of the same name, formerly known as Research In Motion. Thanks to its physical keyboard and proprietary operating system, the handset became extremely popular among finance professionals and others around 2010, before smartphones had become ubiquitous. 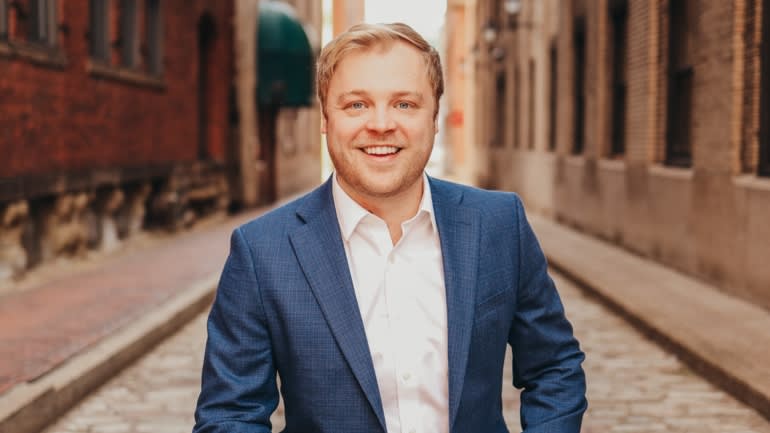 Peter Franklin, founder and CEO of OnwardMobility, says that the company plans to release the BlackBerry handset first in North America and Europe within this year. (Photo courtesy of the company)

But the rise of the iPhone and other rivals dealt a heavy blow. BlackBerry stopped selling its own handsets in 2016, focusing instead on cybersecurity operations.

There have been attempts to revive the BlackBerry before. China's electronics company TCL became a brand licensee and launched several models under the BlackBerry name, but announced last year that it would exit the arrangement.

OnwardMobility is hoping for better luck through its partnership with FIH Mobile, Foxconn's Android phone-making arm. They are jointly developing the new model to be sold under the BlackBerry brand, featuring the signature keyboard as well as a top-of-the-line camera and 5G connectivity.

The BlackBerry originally struggled to compete with the iPhone and other smartphones, as the focus of competition on these devices shifted into apps and away from hardware.

But Franklin believes the BlackBerry holds a renewed allure in today's world, with more people working from home due to the coronavirus pandemic.

"Our smartphones equipped with a physical keyboard can help boost productivity", Franklin said.

OnwardMobility also hopes to offer greater protection against data leaks and other cyber threats, which have only increased with teleworking. It will work with an external cybersecurity company, and hopes to tap demand among corporate and other clients who are keen on security.

It will work with the Foxconn group on production. "One long term goal is to assemble the handsets in the U.S." Franklin said.

But OnwardMobility faces an uphill battle, as a handful of players increasingly dominate the global smartphone market. Of the 1.29 billion smartphones shipped globally in 2020, 20.6% came from Samsung Electronics and 15.9% from Apple, according to the U.S.-based International Data Corp.

For the BlackBerry to succeed, OnwardMobility will need to cultivate new sales channels. Increased competition from Chinese players like Xiaomi, who have succeeded in releasing high-performance handsets for cheap, will pose a challenge as well.