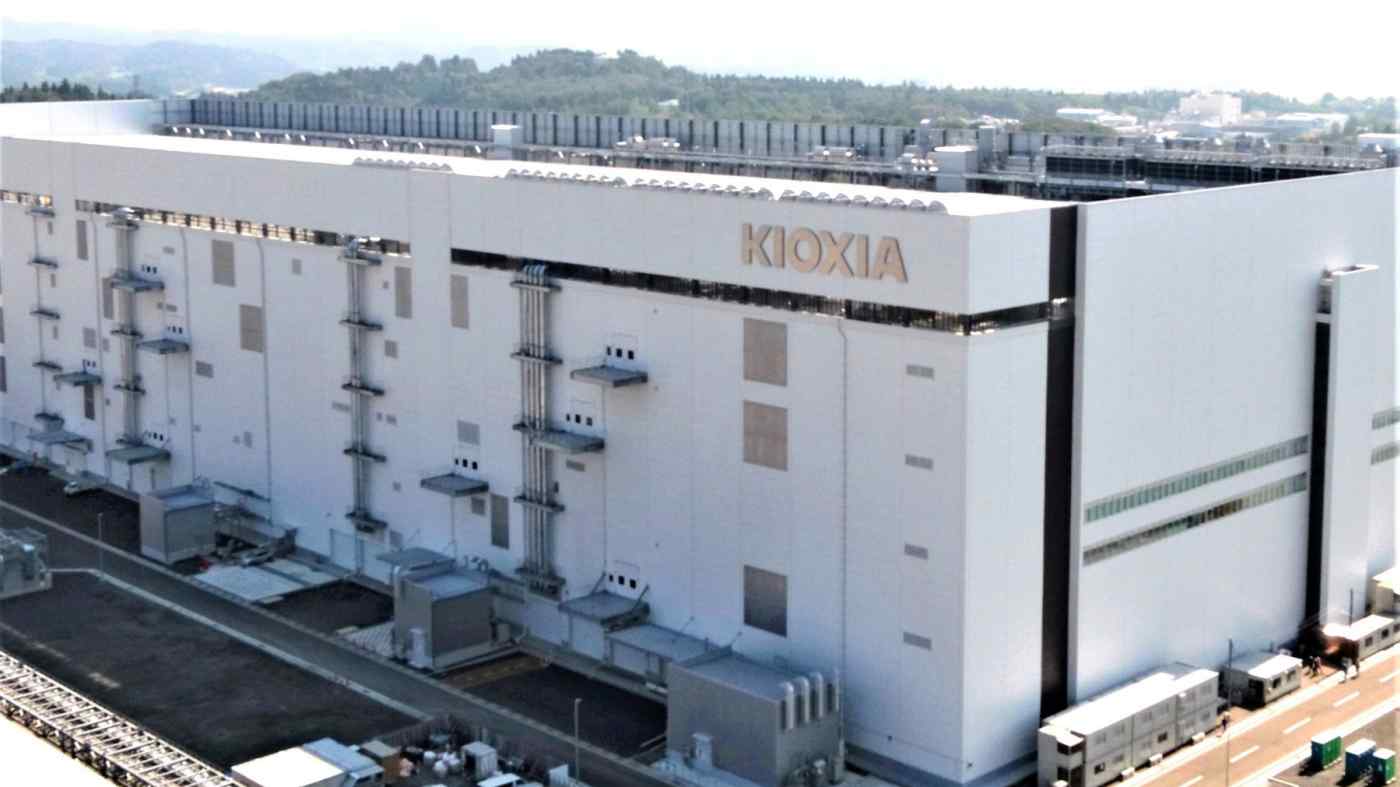 The chipmaker plans to construct the new factory at its Yokkaichi complex in central Japan's Mie Prefecture.

The investment will be made with U.S. partner Western Digital. The factory will be built in two phases, starting next spring. The 40,000-sq.-meter plant will be Kioxia's largest. Yokkaichi is the Japanese semiconductor maker's main production site for NAND flash memory. The new plant will be its seventh at the complex.

Kioxia's newest flash memory plant in Iwate Prefecture went online earlier this year and is gearing up for mass production.

Kioxia postponed a planned initial public offering earlier this month due to uncertainty in the global chip market stemming from U.S.-China tensions. But it will go ahead with its investment in the new flash memory plant to stay competitive in the market.

"Even if the [stock] listing is delayed, we must continue capital investment to be a strong second place." management at Kioxia repeatedly say. However, the delayed IPO limits Kioxia's options for raising funds.

The NAND flash memory sector is consolidating as six manufacturers fight fiercely for profits globally. Analysts believe that even market leader Samsung Electronics is unhappy with the profitability of its NAND business.

The South Korean company has a market share of 35.9%, while Kioxia holds 19%. At the end of last year, Samsung revealed plans to invest an additional $8 billion in its factory in Xi'an, China.

Meanwhile, another South Korean chipmaker, SK Hynix, announced on Oct. 20 that it had signed a deal with Intel to acquire the U.S. company's NAND memory unit for $9 billion. The combined market share of SK and Intel in 2019 was 19.4%, larger than that of No. 2 player, Kioxia.

In addition to a brighter outlook for NAND flash memory due to the spread of 5G networks, the market also foresees rising demand for DRAM chips, which are used in data centers.

Industry experts believe SK will continue to look for buying opportunities, even after it acquires Intel's unit. It bought $3.74 billion of convertible bonds issued by Kioxia in 2017 and has said it will convert them into shares when Kioxia is publicly listed.