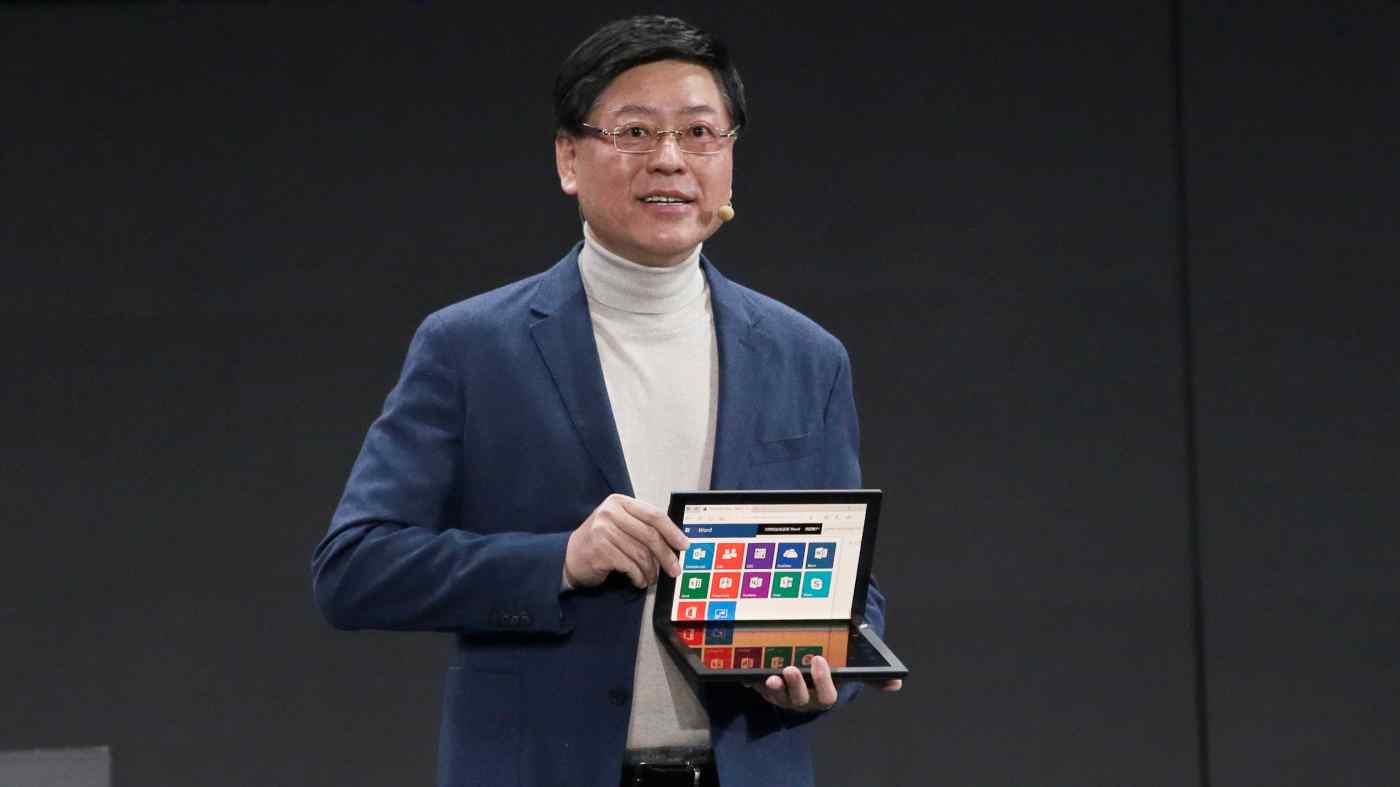 HONG KONG -- Even as its sales hit a new high, Chinese PC maker Lenovo Group expressed confidence on Wednesday that its production will not be disrupted by the semiconductor shortage now plaguing carmakers and others.

"We continue to manage the impact, being by far the largest PC manufacturer and supplier in the world," Gianfranco Lanci, president and chief operating officer, said in an online earnings call.

"It is very clear that there are some capacity limitations" in chip manufacturing, he said, adding that as the biggest personal-computer chip consumer, "We are always in a better position to get what we need."

Lanci, 66, said that he will retire from the company in September after nine years in management.

Lenovo has been a major beneficiary of surging PC demand under the coronavirus pandemic. As more people around the world spent more time at home working and studying online, demand for PC and tablets rose significantly last year.

The Chinese company outpaced the market by increasing its sales volume by 29%. This cemented its top global position with a market share of 25.2%, up half a percentage point from a year ago, according to IDC. Main rival HP saw its share drop to 20.9% from 23.7%.

Overall quarterly revenue increased 22% to $17.25 billion and net profit rose 53% to $395 million, both new highs for the company.

"The obvious drivers for last year's growth centered around work from home and remote learning needs, but the strength of the consumer market should not be overlooked," he said.

"In retrospect, the pandemic not only fueled PC market demand but also created opportunities that resulted in a market expansion," Reith said, pointing to new highs in sales of gaming PCs and monitors.

"For several quarters, I have predicted total PC shipments to reach 300 million units in 2021, and many people said it was too optimistic," he said, noting that IDC calculated sales last year reached 302.6 million machines.

He sees sales climbing even higher.

"The pandemic has definitely changed the consumers' behavior," he said, predicting that the replacement cycle for PCs and tablets will speed up given the heavy use they are now getting.

That, in turn, led to more of the company's cash getting tied up in inventory, with the total on its books rising to $5.79 billion as of Dec. 31, up 45% from a year earlier.

"Supply dynamics remain a challenge for the sector," Wong said.

Lenovo's mobile phone business turned a pretax profit of $10 million for the quarter, rebounding after three quarters of losses. The number would have been higher, Wong said, "if it wasn't for high freight costs and the industrywide component shortage."

"Every segment of the supply chain was stretched to its limits as production once again lagged behind demand during the quarter," said Jitesh Ubrani, research manager at IDC's Mobile Device Trackers.

"Not only were PC makers and ODMs (original design manufacturers) dealing with component and production capacity shortages, but logistics remained an issue as vendors were forced to resort to airfreight, upping costs at the expense of reducing delivery times," Ubrani said.