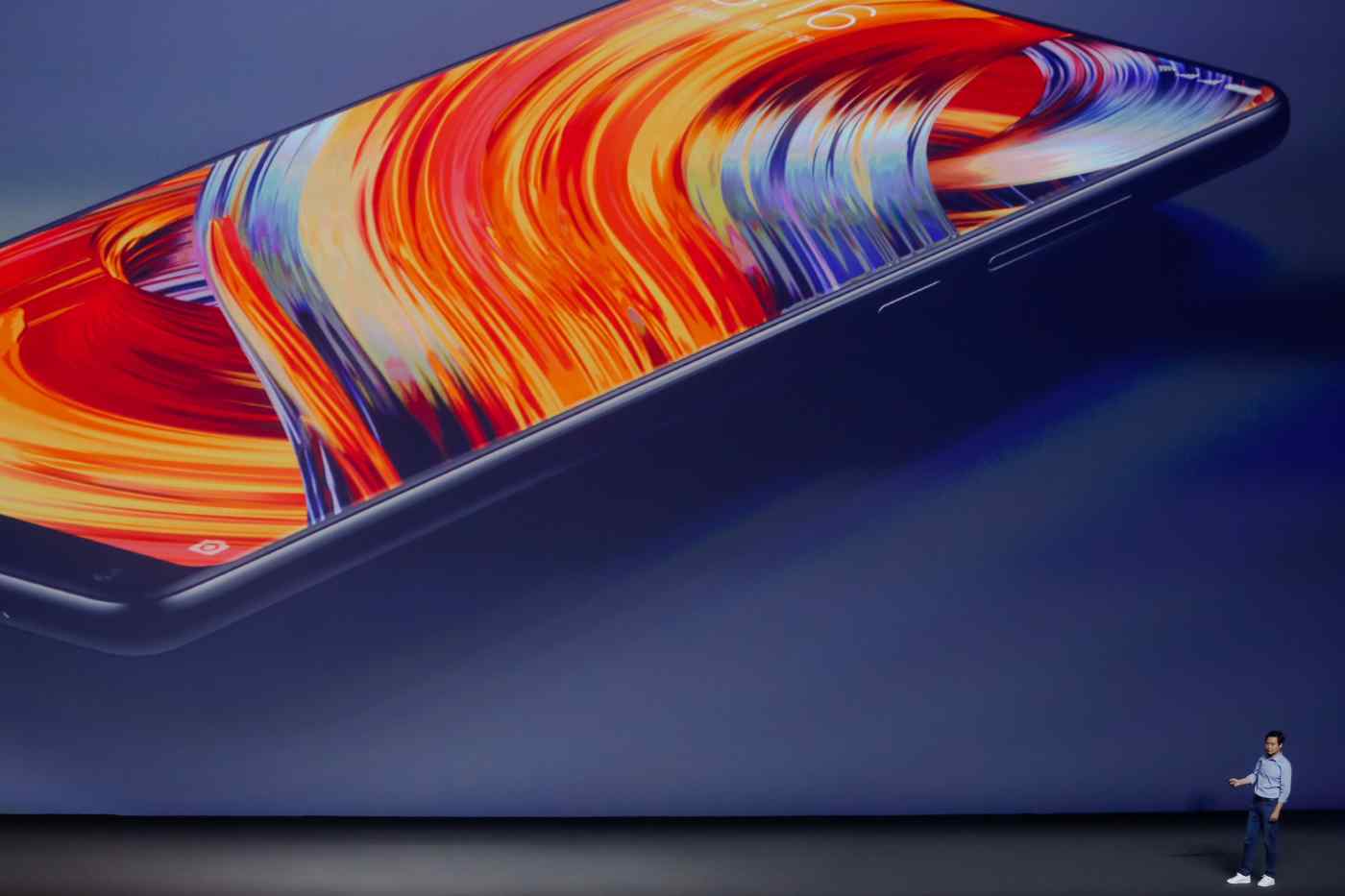 BANGKOK -- In November, Thai buyers thronging Bangkok's Seacon Square Bangkae shopping mall were surprised to find a handset store with a logo they had never seen before -- Xiaomi.

It was the second Mi store launched by the leading Chinese smartphone maker in the country within one month. The first was at Imperial World in Samrong district.

Xiaomi's arrival in Thailand is tardy. When it first entered Southeast Asia in 2014 with Singapore and Malaysia, it also announced plans for Thailand, Vietnam, Indonesia, and the Philippines. Over the years, online sale channels and bricks-and-mortar retail shops have been established in these markets, but not in Thailand.

Xiaomi has been preoccupied with India, the world's second-largest smartphone market. After barely two years there, Xiaomi joined Samsung Electronics as market leader in the third quarter 2017, with each accounting for 23.5% of the market, according to IDC, a U.S. research company.

While the Chinese company is committed to further expansion in India, it is also looking elsewhere to maintain growth. Southeast Asia, with its open markets and lack of local competition, is key to its global expansion plans.

Thailand matters in particular. It is Southeast Asia's second-largest smartphone market after Indonesia, and has long been fought over by giants like Samsung, Apple, Huawei, and Oppo, as well as smaller players like Wiko, a Chinese-French outfit.

China's Oppo and Vivo both chose Thailand for their first ventures overseas in 2010 and 2014, respectively. Huawei followed in 2013.

In a country obsessed with pop stars, the Chinese makers have pumped in huge marketing budgets to vie for consumer attention. Local heartthrob Nadech Kugimiya has recently been signed to endorse the latest Oppo F5 series. 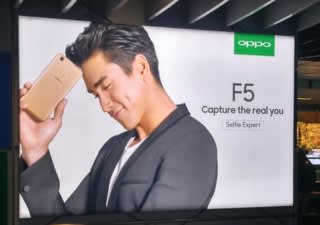 Xiaomi is making its strides here nonetheless. It is claiming "a commitment to reshape the Thai market with high-quality products at incredible prices," and identifies Thailand as one of its top 10 priority markets overseas. Its handsets sell for between 4,000 baht ($123) and 18,000 baht.

"We are not too late to be in Thailand, although several Chinese phone makers have already been here for years," Donovan Sung, Xiaomi's global marketing director, told reporters in August when it started selling units through Lazada, a leading e-commerce platform.

The company has signed with local distributor VST ECS Thailand, which has 10 branches across the country, for retail and aftersales. It has yet to sell directly to customers from its own website, a popular channel in its home market. The company declined to give a revenue breakdown on its online and offline sales, however.

Xiaomi also did not respond to the Nikkei Asian Review about its expansion plans in Thailand and Southeast Asia. In July, however, it made public its ambition to flood the world with 2,000 new stores over a three-year period ending in 2020. Half will be overseas in partnerships, and the remainder will be half owned and operated by the company in China. At present, Xiaomi has over 220 retail stores in China, and more than 130 overseas.

According to Wang Xiang, a senior vice president who oversees global strategy, Xiaomi will definitely become a global player. "You will see us in almost every country," he said.

In addition to Thailand, Xiaomi is making a comeback in the Philippines, where it became inactive in late 2015. The first Mi store there is expected to make its debut in Quezon City by year's end.

In Indonesia, where it ranks No. 3 after Samsung and Oppo, Xiaomi plans to open up to 15 stores by 2018; it already has three.

In Malaysia, the first Mi opened in April at Queensbay Mall in Penang, and the second in November at Suria KLCC shopping mall, next to the Petronas Twin Towers in Kuala Lumpur. The Beijing-based company will also make a push into east Europe next year.

If Xiaomi maintains this expansion momentum, it could overtake Oppo, Huawei, and Apple in 2018 to become the world's second-largest smartphone vendor after Samsung, according to Linda Sui, director at Strategy Analytics, a U.S.-based market researcher.

The projection comes after Xiaomi outgrew almost every other smartphone player in the third quarter of 2017, Sui said. 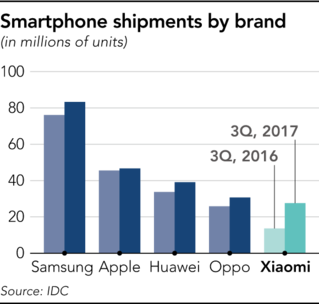 Xiaomi shipped 27.7 million phones globally in the three months ending in September, up over 90% year on year. "Xiaomi's range of Android models, such as the Redmi Note 4, is proving popular in India, snatching volumes from competitors such as Lenovo and Reliance Jio," Sui said in November.

In comparison, Samsung retained its crown with 83.4 million units, up 11% year on year, while Apple followed with 46.7 million and 3% growth. Huawei sold 39.1 million and Oppo shipped 31.4 million. Xiaomi was ranked fifth,  according to Strategy Analytics.

Lei Jun, Xiaomi's chief executive, has now revised upwards the shipment target for 2017 to over 90 million units from the 70 million set earlier in the year. He posted that shipments in September and October both hit an all-time high of 10 million units.

Lei said that with continued strong demand in over 60 markets, 100 million units for 2018 "isn't a big challenge."