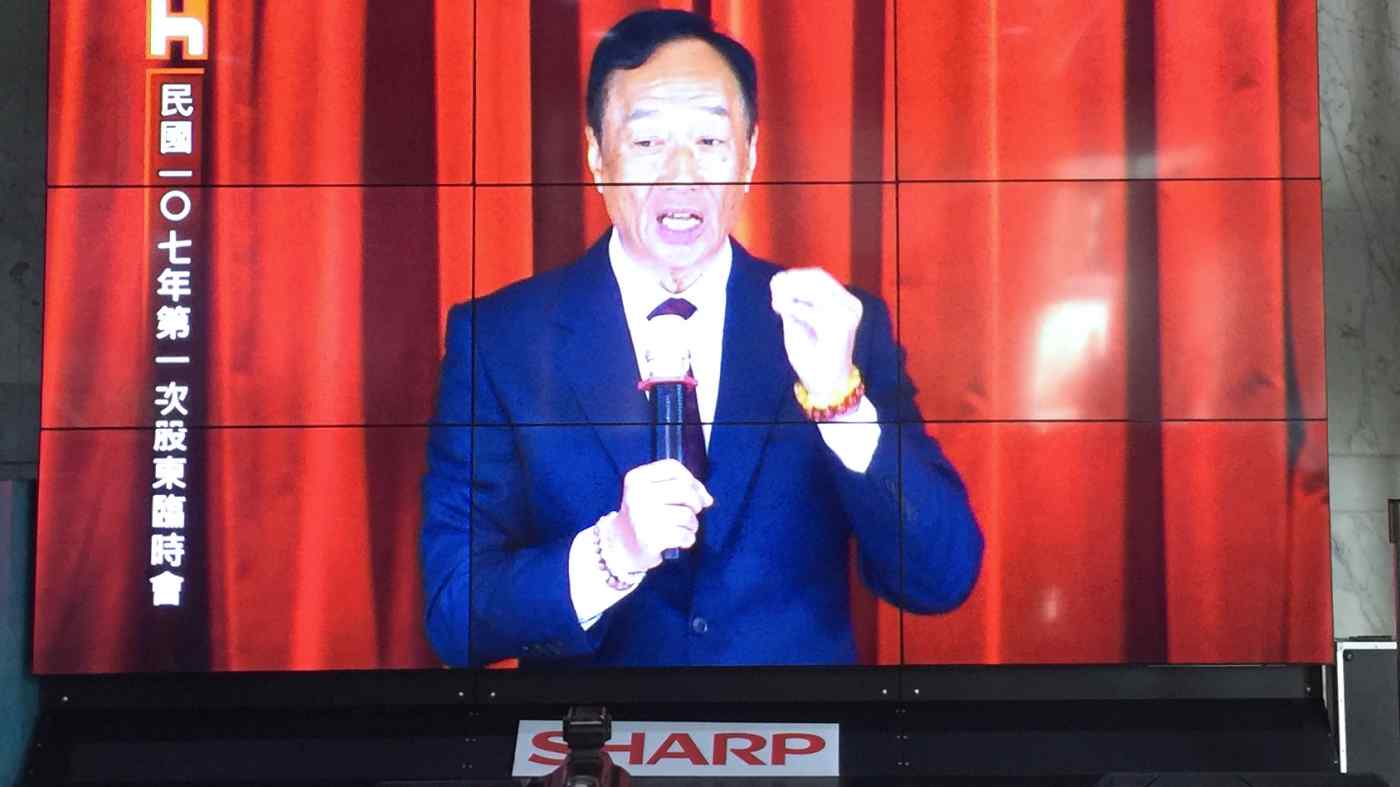 The move aligns with one of Foxconn's key strategies to spin off units through initial public offerings, particularly in Hong Kong and China where the price-to-earnings ratio is higher than in Taiwan.

Foxconn hopes to raise capital and boost its financials as it faces mounting challenges to grow its core business as global smartphone demand slows.

On Wednesday, Foxconn Chairman Terry Gou said Foxconn Industrial Internet -- the cloud and networking service unit he is trying to take public -- has something to do with manufacturing, although he did not mention whether the unit included any Apple-related operations.

"FII is about smart manufacturing ... the company will be a top priority for us," Gou told shareholders at Foxconn headquarters in the Taipei suburbs of Tucheng, which literally means "gritty town."

"Over the past three years, we have been transforming and upgrading [our technology], yet everyone treats us as a contract manufacturer, and foreign institutional investors continue to link our stock to Apple shares," Gou added.

"While [Apple] did poorly in December, our networking and other products did well. But it is just that people do not understand their importance," Gou said. "We will transform ourselves from a hardware company to a platform company in the future."

Gou's comments came following reports that sales of the iPhone X had been lukewarm. The Nikkei reported earlier this month that Apple will slash its production target for the iPhone X in the current quarter by half -- from more than 40 million units originally planned at the beginning of November -- due to weak sales in the holiday season.

Without going into details, the chairman added that Hon Hai's financials were "healthy" in the fourth quarter.

The Nikkei Asian Review first reported last week that the Taiwanese manufacturer is considering injecting its core iPhone assembly business into FII in an effort to seek a higher valuation for its Apple-related operations.

Foxconn declined to comment on whether its Apple business, which accounts for more than 50% of its revenue, could be injected into FII. The timeline for the possible move is unclear.

Foxconn is seeking new sources of revenue to compensate for weakening smartphone demand, and the company is branching out to other fields such as health care and artificial intelligence for manufacturing. Gou said that Foxconn is planning to create AI and robotics research centers soon.

Yet Gou is not interested in making cars -- an emerging field that is seeing competition grow between traditional automakers and high-tech companies.

"Autonomous driving still has a long way to go ... we are not willing to jump into an unknown field," Gou said. "We will focus on key components for cars."

He added that Foxconn affiliate Innolux has been supplying panels for Tesla, and the Taiwanese manufacturer also has a team working on batteries.

"We will not dwell on car assembly too much because the risks are too high," the tycoon said. "Due to concerns about safety, we have no plans to make cars."

Sources have told the Nikkei Asian Review that Gou has been hesitant to venture into car assembly due to potential safety issues and liabilities in the event of accidents.

Despite Gou's lack of interest in making cars, he is still keen to invest in startups with related technology.