IPO was originally planned for this year as laptop market revives TAIPEI -- An initial public offering in Tokyo by Sharp-owned personal computer maker Dynabook will be postponed until 2021.

"The listing will definitely take place in the second half of next year," Sharp CEO Tai Jeng-wu told Nikkei on Tuesday, without giving a reason for the delay.

The spread of telecommuting during the coronavirus pandemic has breathed new life into the declining market for PCs. Until July, Sharp was planning to take Tokyo-based Dynabook public by the end of 2020.

Osaka-based Sharp, which is owned by Taiwanese Apple supplier Hon Hai Precision Industry, bought Dynabook in 2018 from Toshiba for about 4 billion yen ($38 million at current rates).

Sharp on Tuesday celebrated the 108th anniversary of its founding. Speaking at an event in New Taipei, Tai looked back on the time since Hon Hai acquired Sharp in 2016 and began a cost-cutting overhaul of the money-losing Japanese company. 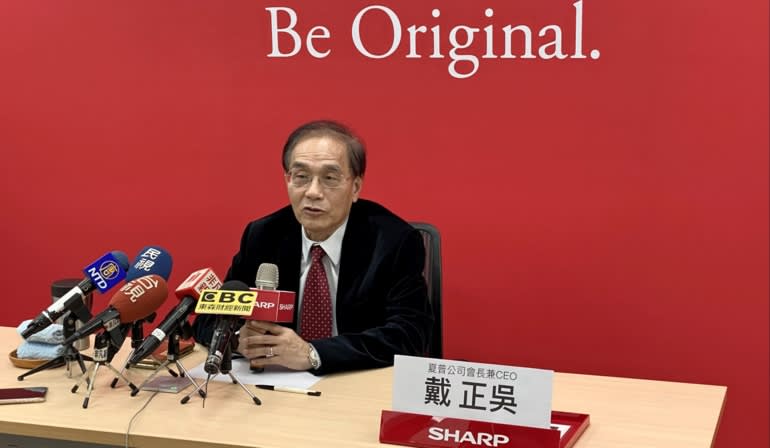 "For the first three or four years, we really struggled to reform," the longtime Hon Hai executive said. "At first we suffered from voluntary layoffs and brain drain, but at long last the company was transformed."

"This year brought the coronavirus, but I am looking forward to next year being one in which we achieve our goals," Tai added.

Asked about the new American sanctions on Huawei Technologies that took effect Tuesday, Tai said Sharp "won't choose between the U.S. and China."

"Sharp has customers in both countries," he said. "We are driven by business, not politics."

Tai said that Sharp has previously supplied lens components to Huawei, and that the latest sanctions also affect his company.