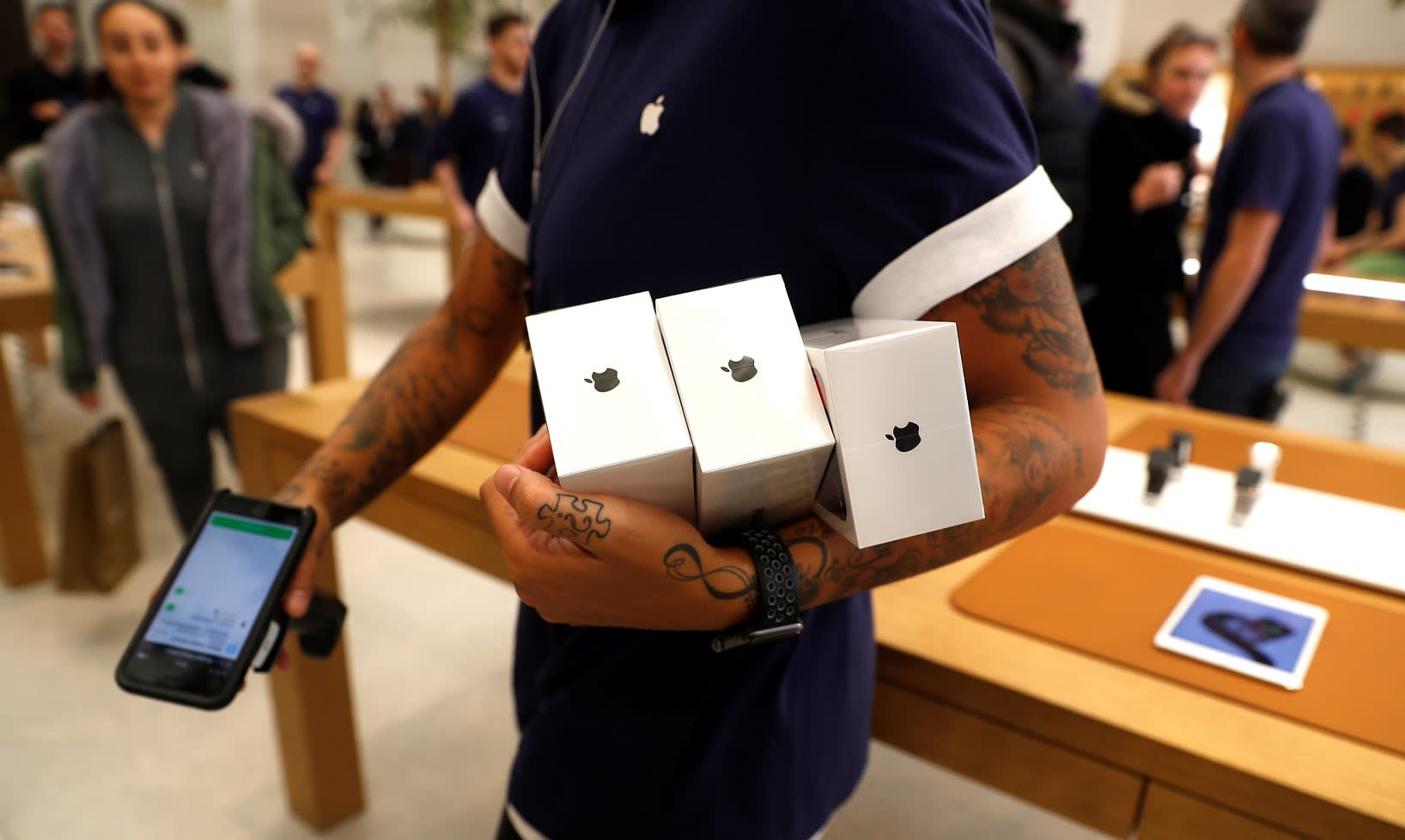 TOKYO -- As Apple and other smartphone makers cut output in response to waning demand for handsets, manufacturers of such components as OLED panels are feeling the squeeze.

Others, such as makers of DRAM chips and flash memory, can rely on other sources of demand to cushion the blow. But all are having to adjust.

Apple's move to curtail production of the iPhone X amid disappointing sales is sending a shiver through the display market and giving an especially sharp chill to Samsung Electronics, the sole supplier of organic light-emitting diode panels to the U.S. gadget maker.

Prices for small and midsize OLED panels, used mostly in smartphones, are almost certain to fall in the coming months. But weak demand for Apple's latest iPhone -- many are calling it a flop -- is unlikely to cause memory prices to tumble; demand from products other than smartphones remains solid.

Apple has decided to slash production of the iPhone X in the first quarter of 2018 by half from its original plan. That is another blow to its suppliers, who suffered when the company cut output of the iPhone 6s in 2016, also due to poor sales. In 2016, the effects were spread over three makers of liquid-crystal displays. This time around, only Samsung will suffer among display makers.

Further complicating matters for Samsung, the OLED panels with resin substrates adopted by Apple are hard to put to non-smartphone uses. Since it will take the South Korean company time to find other buyers, it has no choice but to reduce its OLED panel output for the time being. The company will also be forced to cut prices, which are still nearly four times higher than those for LCD panels.

The next big drivers of growth for small and midsize OLED panels will probably be devices for cars and virtual-reality gear. But their sales are still not large enough to offset the decline in demand for high-end smartphones.

Manufacturers of LCDs, on the other hand, are happy for now: Sales of older, cheaper iPhone models, such as the iPhone 7, with its LCD screen, are holding steady. One of the three new iPhone models expected to be released in the second half of this year will have an LCD. Production of that model is likely to be higher than previously expected.

Still, the long-term profit outlook for LCD makers is murky. The expected glut in OLED panels may depress prices for small and midsize displays generally. Prices for lower-end OLED panels using glass substrates have fallen 20% over the past year as Chinese smartphone makers, the principal buyers of these products, have also struggled with slow sales.

The cheaper OLED panels are still 40% more expensive than LCD panels made from low-temperature polysilicon (LTPS), which nevertheless delivers high resolution and vibrant colors. If OLED prices sink further, however, more smartphone makers will switch from LCDs to OLEDs.

Price competition among LTPS LCD makers is intensifying as Chinese panel suppliers, including Tianma Micro-electronics, are catching up with Japanese and South Korean manufacturers. All are trying to maintain prices by making bigger screens. But this raises production costs and thins margins. Cryptocurrency mining is lifting demand for makers of electronic parts, such as DRAM chips.   © Reuters

In contrast, DRAM prices are likely to hold up, despite earlier worries. Analysts lowered their price forecasts for DRAMs in response to Samsung's decision to use some of the production lines at its new chip plant for DRAM production, and news of the iPhone X production cut.

But demand for DRAMs chips stemming from the growth of cryptocurrencies is solid, bolstering prices, according to an official at a memory chip maker.

There is strong demand for DRAMs to power the video cards used in cryptocurrency mining, that is making money by verifying virtual currency transactions. The benchmark DRAM price for large-volume orders stood at $3.65 in January, 1% higher than the previous month and up 20% from a year earlier.

Prices for certain NAND flash memories, used in data storage, are flattening. The bellwether price of 64-gigabit triple-level cell flash memory for large-lot orders stood around $3.50 per unit in January, unchanged from the previous month but up 30% from a year earlier. Lower rejection rates for higher-capacity 3-D flash memory have eased earlier shortages. Spot prices for these chips, which are more sensitive to changes in demand, have fallen 10% over three months.

Apple's iPhone setback is unlikely to greatly affect NAND flash memory prices because the U.S. company's share of total demand has declined by half to around 15%. Demand for NAND flash memory will pick up if prices for solid-state drives using these devices drop substantially, prompting more computer makers to adopt them.

Demand for chips and other devices used in products other than smartphones are expected to remain firm. Data center operators are investing heavily in servers, for instance.

Shipments of large-capacity hard-disk drives for servers grew 20% on the year to 12.4 million units in the last three months of 2017, according to Techno Systems Research, a Tokyo-based market researcher. U.S. and Chinese server manufacturers are jockeying to secure HDDs, according to an executive at a HDD maker.