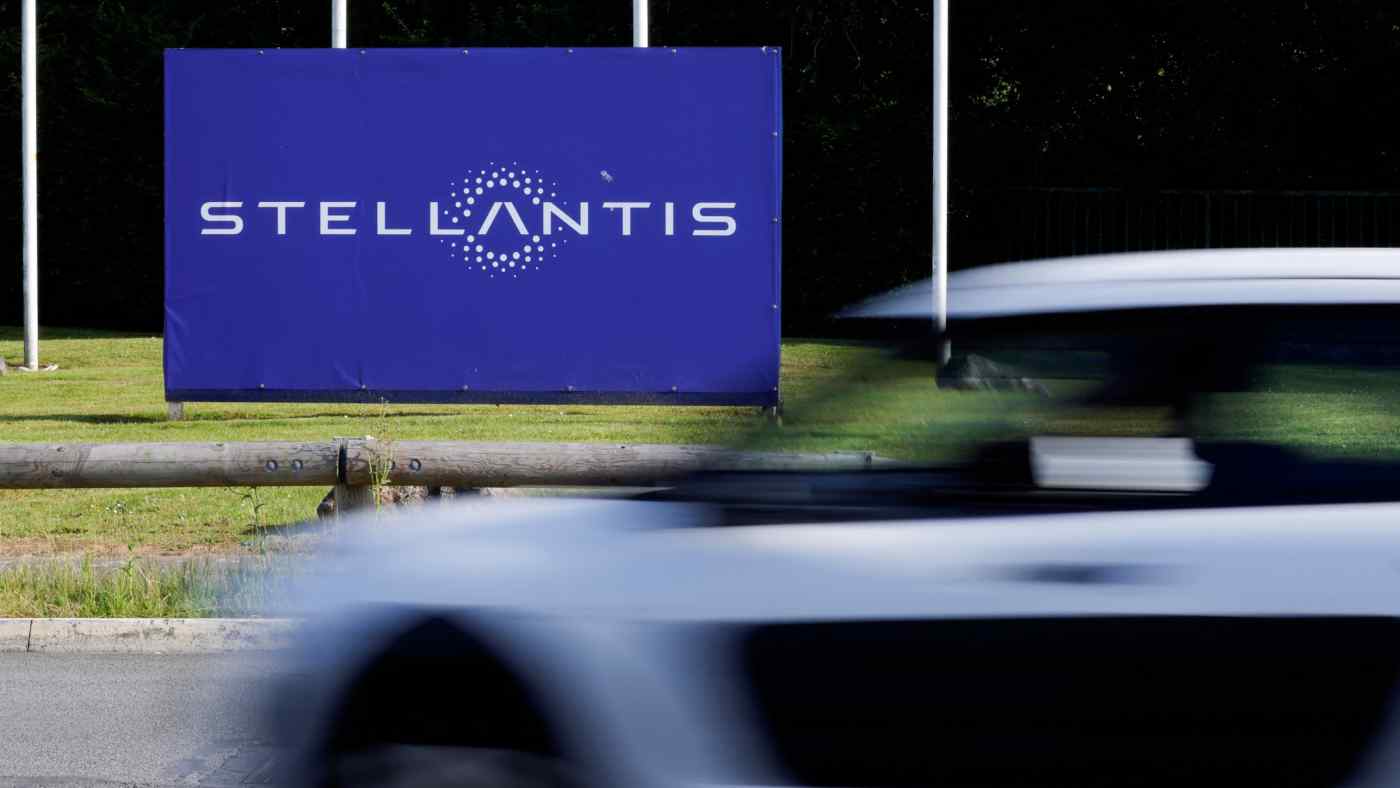 Stellantis and the Samsung group are teaming up to build a factory for electric vehicle batteries in the U.S. state of Indiana.   © Reuters
May 25, 2022 03:40 JST | U.S.
CopyCopied

WASHINGTON (Reuters) -- Stellantis NV and Samsung SDI said on Tuesday they will invest more than $2.5 billion to build a new joint venture battery plant in Kokomo, Indiana, as the Chrysler-parent ramps up electric vehicle production plans.

Targeted to start in 2025, the plant aims to have an initial annual production capacity of 23 gigawatt hours (GWh), with an aim to increase to 33 GWh in the next few years.

The joint venture will create 1,400 new jobs and the investment could gradually increase to up to $3.1 billion.

Stellantis is boosting production of plug-in hybrids but has lagged some competitors in launching battery electric vehicles (BEVs) in the United States.

Stellantis North America Chief Operating Officer Mark Stewart on Tuesday acknowledged the automaker was behind "when it comes to bringing the BEVs to this marketplace, but not much." Last year, Stellantis said it planned to pump $35 billion into electric vehicle production and software globally through 2025.

The companies in October announced they were forming a joint venture for lithium ion battery production in North America.

Samsung SDI will be using its technology PRiMX to produce battery cells and modules for North America.

In October, Stellantis said it would invest $229 million in its three Kokomo plants to produce electrified, eight-speed transmissions.

In March, Stellantis and LG Energy Solution said they would invest $4.1 billion for a joint venture battery plant in Canada with an annual production capacity in excess of 45 gigawatt hours.

United Auto Workers Vice President Cindy Estrada said the union looks "forward to negotiating an agreement with Stellantis that brings this new plant under our master agreement with traditional wages and benefits."

President Joe Biden at a visit to Samsung in South Korea on Friday urged the companies to "enter into partnerships" with "American union members" and said JVs "that manufacture electric vehicle batteries would be made stronger by collective bargaining relationships with America unions."