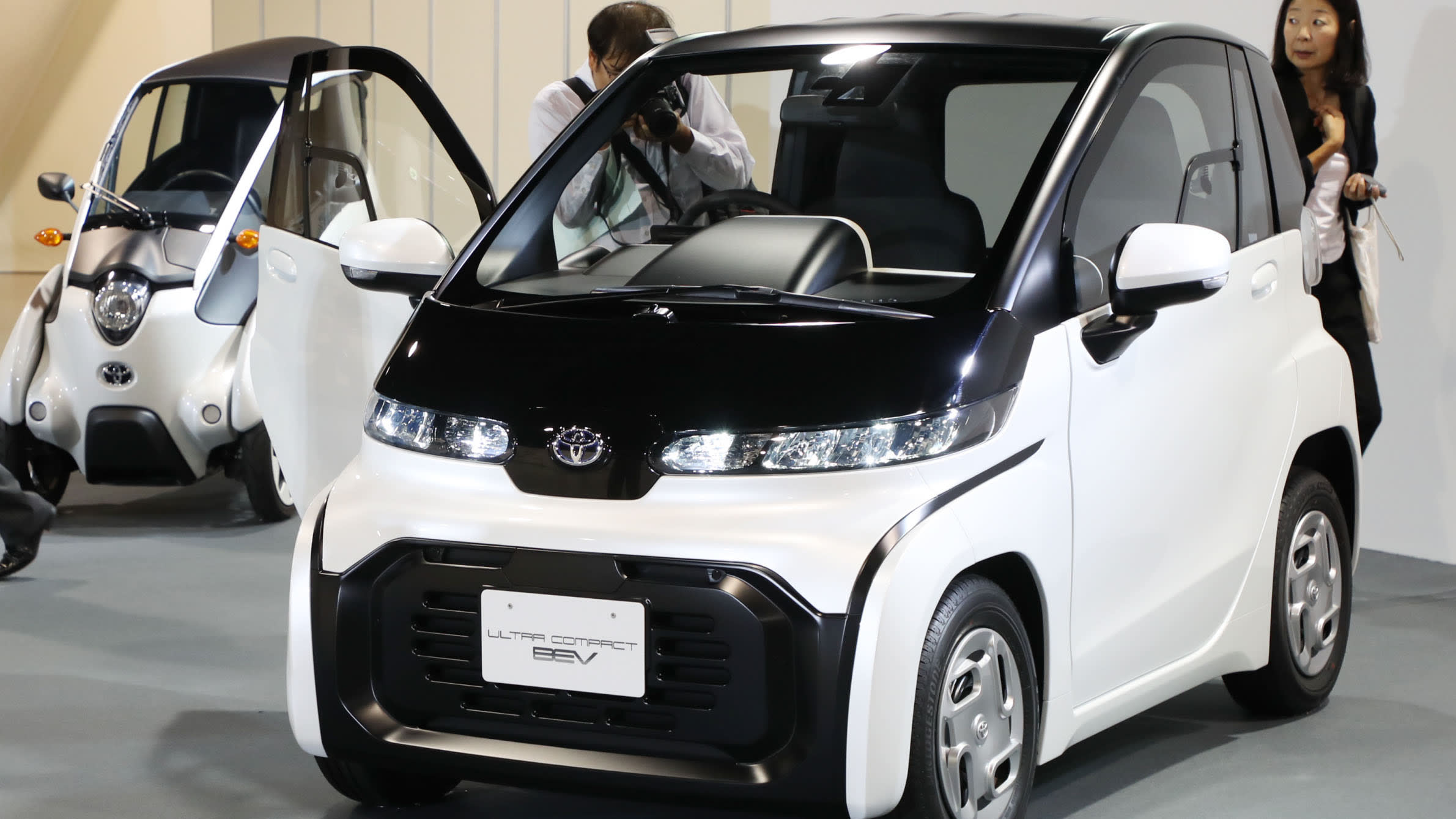 TOKYO -- It was 1991 when Sony introduced the world to the first commercial lithium-ion battery, which would go on to revolutionize personal electronics.

Almost three decades on and it's time for a new battery technology as Japan's industry is being called on to build storage devices for electric vehicles as well as those needed to make renewable energy sources like the wind and sun dependable.

Sun and wind farms will never come into widespread use until the energy harvested from them can be efficiently stored. Efficient storage batteries will be needed by power plants, factories, homes, retail outlets and public facilities.

But Japanese battery makers are being swamped in the global market by Chinese and South Korean companies.

They are even under pressure to improve their game at home, where new Prime Minister Yoshihide Suga has pledged that Japan will achieve zero carbon emissions.

The global market for stationary storage batteries is forecast to double to nearly $23.9 billion in 2035 from where it was in 2019, according to research by Fuji Keizai Group.

Japan has staked out a position in the segment for electric vehicle batteries. But the biggest share of this submarket is held by Contemporary Amperex Technology, or CATL, a Chinese company founded in 2011 and backed by the Chinese government. It has expanded rapidly.

China plans to phase out new sales of all gasoline-powered vehicles, with the exception of hybrids, by 2035. As such, fast-growing companies like CATL, BYD and other Chinese battery makers are expected to gain even more momentum.

Meanwhile, South Korean companies are rapidly closing in on them.

Behind these global power, Japan is pinning its hopes on a new technology -- all solid-state batteries that use solid electrodes and a solid, instead of liquid, electrolyte that produces an electric current. The technology can produce long-life, heat-resistant batteries. It also lends itself to the making of small but large-capacity batteries and to high-speed charging.

An all-solid-state battery, experts say, allows an automobile to go 1,000 km on a single charge. That's enough for drivers to get from Tokyo to Fukuoka or from Bangkok to Ho Chi Minh City.

Japan remains the leader in solid-state batteries. Toyota Motor is accelerating a joint project with Panasonic to develop an in-vehicle solid-state battery before 2025. Murata Manufacturing is set to launch mass production of small batteries for cellphones and wearable devices before April.

Tall obstacles line the road ahead, though. While studies on sulfides for application to in-vehicle batteries are advancing, there is a possibility that sulfides generate gas when exposed to air.

That batteries might get wet is another problem. "Materials for all-solid-state batteries don't go well with water," a Toyota engineer said. "It is difficult to maintain a dry state in a plant and other facilities."

Murata is striving to further expand the capacity of its batteries and improve their charge-discharge efficiency.

To compete with China and South Korea, Japan needs to trim the weight of its storage batteries and give them more charging capacity.

"China has gotten ahead of us in the mass production of batteries," Japanese trade minister Hiroshi Kajiyama said, "but we still can catch up."