Vingroup makes quick exit out of smartphones in shift to EVs 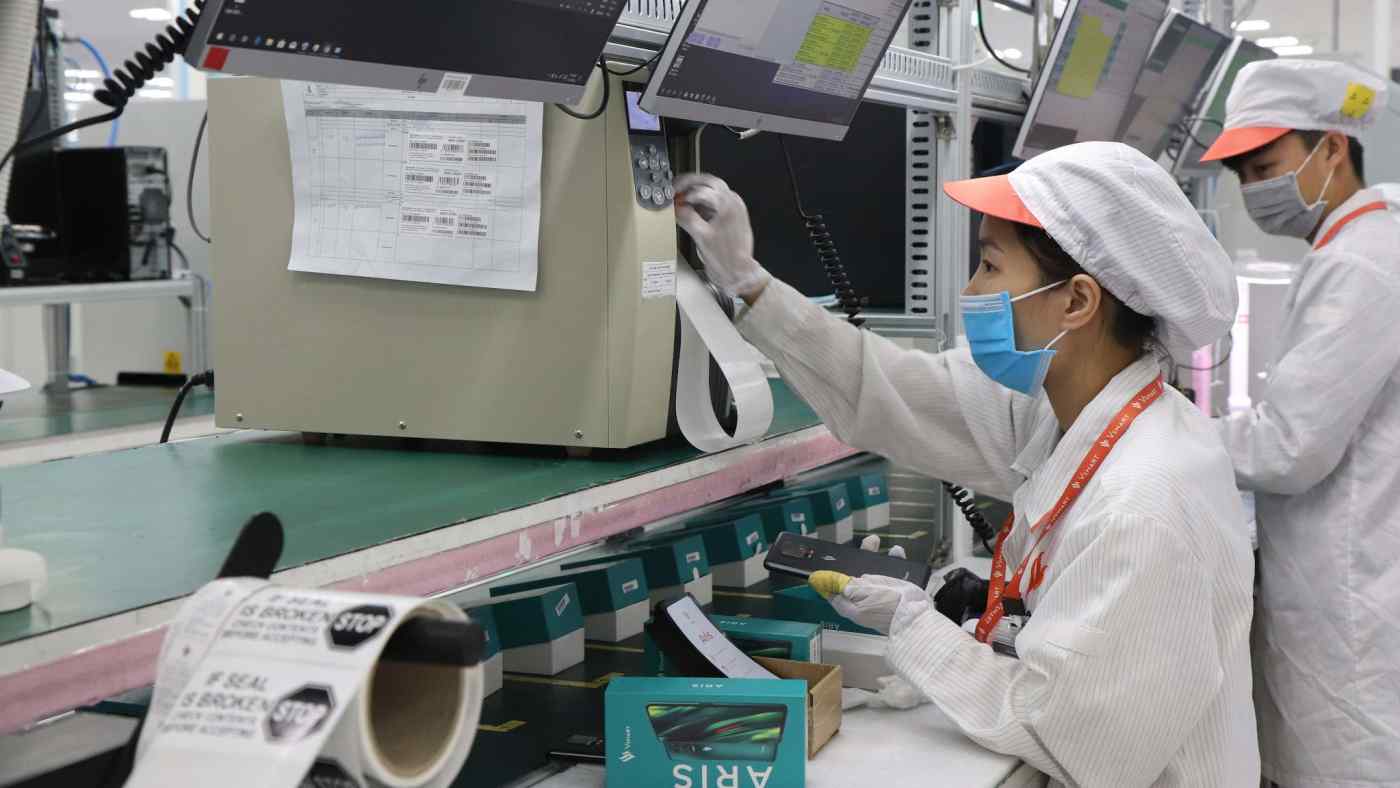 HANOI -- Top Vietnamese conglomerate Vingroup will end development and production of smartphones and televisions amid lackluster sales and few prospects for growth.

Vingroup gave no time frame for halting production, but said Sunday the manufacturing equipment will be repurposed to provide smart solution products for automobiles and households. The company will honor warrantees and repairs for TVs and handsets already sold.

VinSmart, the subsidiary in charge of the doomed product lines, entered the smartphone business in 2018 and TVs the following year. The phones are made in Hanoi and elsewhere, with capacity totaling 125 million units a year.

Low prices were used in a bid to boost sales, company data shows. But VinSmart held a roughly 10% share domestically in the first quarter of 2021, market research firm Canalys said, ranking fourth behind the likes of South Korea's Samsung Electronics and Oppo of China. The company also exported smartphones to Russia, Myanmar and elsewhere.

VinSmart has provided no detailed sales figures for its five TV models, but it appears both smartphones and televisions underperformed expectations.

Vingroup has devoted the most resources to its automotive segment. The subsidiary VinFast plans to debut an electric vehicle in November. The unit also is exploring EV sales in the U.S. as well as building a plant there. However, auto sales in Vietnam stalled at roughly 30,000 units last year.

Net profit for the group fell 42% last year to 4.5 trillion dong ($195 million). The core real estate business is performing well, but the withdrawal from smartphone and TV operations could spark concerns about the future of the automotive business.