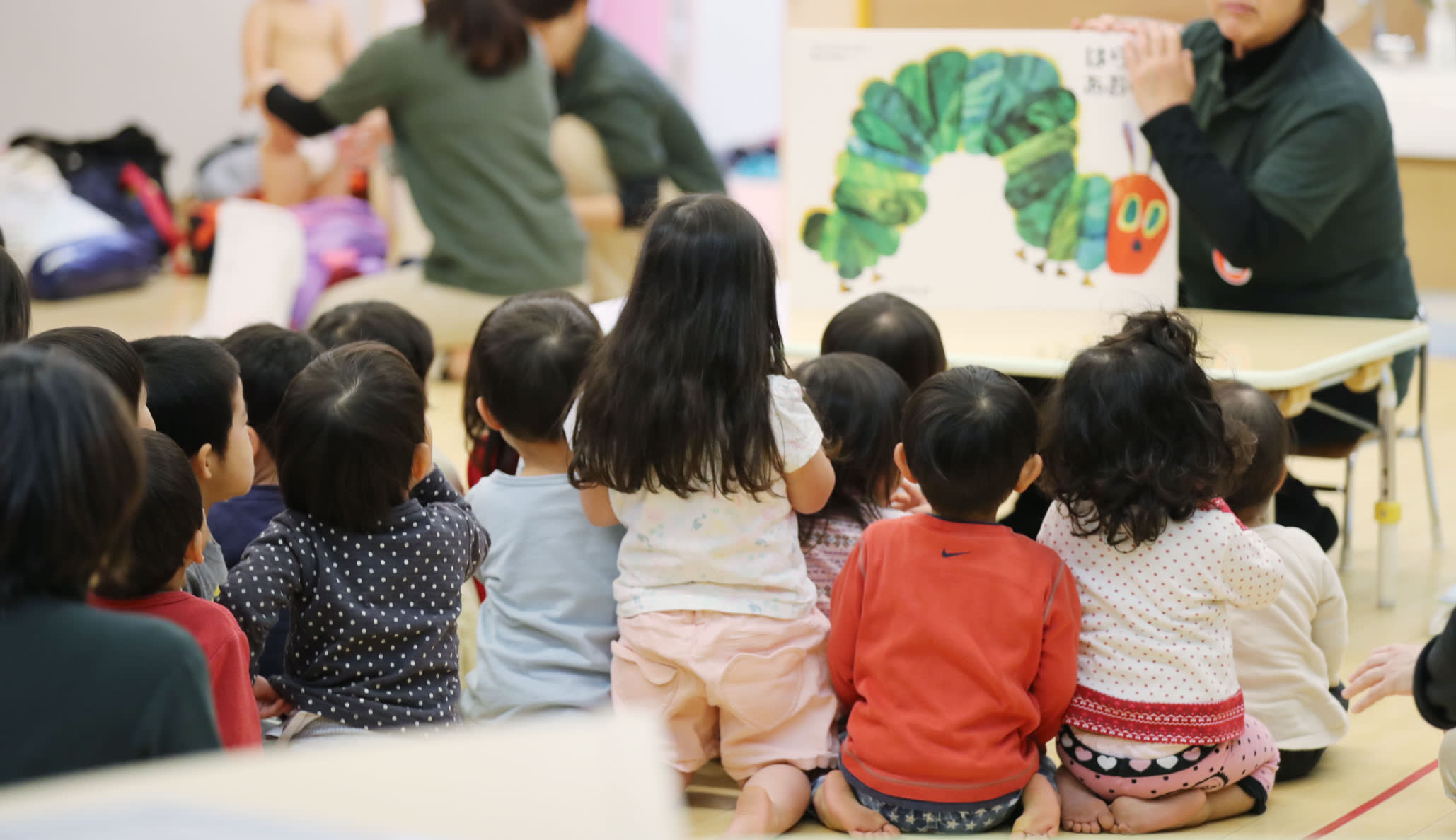 Children at a Tokyo day care.

TOKYO -- Nippon Life Insurance will team up with nursing and child care provider Nichii Gakkan to open around 100 day care facilities in Japan by the spring of 2018, signing on to the government's efforts to have private companies assist children stuck waiting for slots at public centers.

The companies aim to open 31 facilities by early April and add another 17 by the beginning of July, creating room for around 850 children. By spring next year, they expect to have 100 or so centers with room for about 1,800 children. Locations will include major cities across the country, such as Tokyo, Sapporo, Nagoya, Kyoto, Osaka and Fukuoka.

The 100-site plan is the largest unveiled so far to take advantage of a system the government initiated last year encouraging companies to open day care centers for their workers, helping clear the backlog of children waiting for slots at taxpayer-supported licensed facilities. Up to half of the slots at these centers may be opened up to the surrounding community, though serving employees is the priority.

Children up to two years old, the biggest age group on waiting lists, will be eligible for the Nippon Life-Nichii centers. Prices will be consistent across the country, likely on the order of 34,000 yen ($300) per month. This is on par with public facilities, the companies say, though those prices vary by location and household income.

More than half of Nippon Life 's roughly 50,000 sales representatives in Japan are women. By making life easier for working mothers, Nippon Life hopes to outcompete rivals for new talent amid a labor shortage. This could also mean bringing day care facilities into the insurer's offices.

Nichii, meanwhile, plans to expand its own day care network beyond the current 120 or so locations. Teaming up with Nippon Life will help Japan's biggest provider of nursing care lessen the risk that usage will not meet capacity. Once established, this cooperative model could not only prove profitable, but also help alleviate chronic day care shortages in some parts of Japan.

Slots given over to Nippon Life and Nichii workers will likely come to around half the total, though the specific figure will vary by location. Services such as English lessons offered by Nichii could be brought to the facilities as well.

Japan's leading day care provider JP Holdings and cosmetics maker Shiseido plan to set up their own joint venture to run such facilities as soon as this month. Tokyo-based day care provider Poppins will open 13 locations under the government's company-led model by April.

As of April 2016, some 23,553 Japanese children were stuck on waiting lists for public day care facilities, according to the Ministry of Health, Labor and Welfare. This marks the second straight year of increases. Though the government has pledged to work through that backlog by the end of fiscal 2017, progress has been slow. And an estimated 65,000 or more children are not counted as waiting but have parents who would still like to secure public day care.