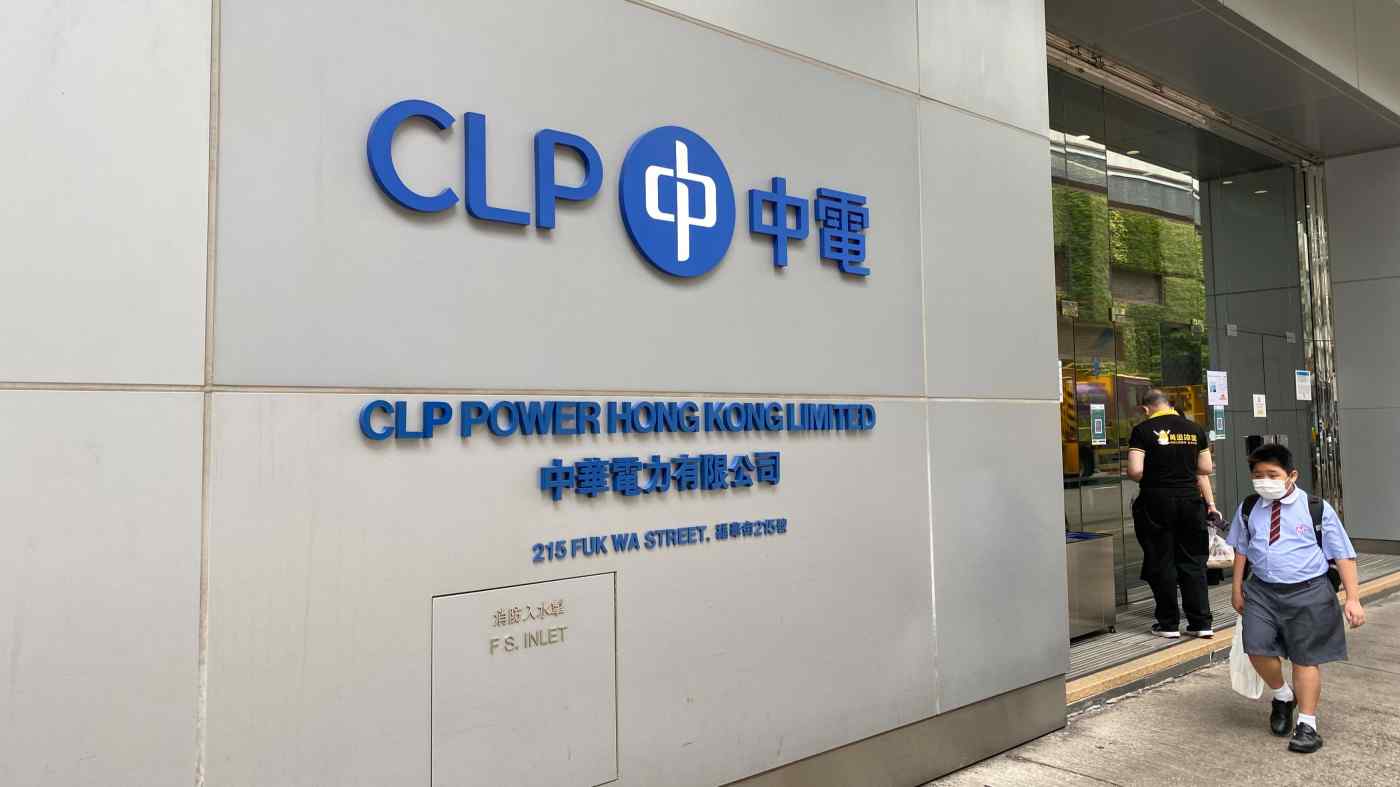 HONG KONG -- Power plant operator CLP Holdings pledged on Thursday to phase coal out of its Asian operations by 2040, accelerating its previous commitment by a decade.

The Hong Kong-based group also said it aims to achieve net-zero greenhouse gas emissions by 2050, in line with the decarbonization goal established by the city's government.

In coal's place, CLP expects to rely on a yet-undermined mix of solar, wind, natural gas, nuclear and hydrogen in markets including Hong Kong, mainland China, Australia, India and Taiwan.

Coal-fired generation accounted for 48% of CLP's 24.9 gigawatt portfolio of Asian power plants as of June 30.

CLP introduced its Climate Vision 2050 in 2007. In the previous update in December 2019, the company promised not to add new coal-fired power to its portfolio while aiming to phase out coal-based assets by 2050.

Of 14 CLP-backed coal-fired plants now operating, nine are minority-owned. Chief Executive Richard Lancaster said on Thursday that a number of them are "reaching the end of natural life in the next few years." He expects to be left with "less than a handful" by 2030.

The group has already been accelerating the wind down of its majority-owned coal plants. In March, its Australian unit reached agreement with the state of Victoria to move up the decommissioning of Yallourn Power Station by four years to mid-2028 in favor of natural gas and solar. CLP expects this to cut its Australian carbon emissions by 60%.

The company is also to build by 2026 what would be the largest battery station in the world there, with a capacity of 350 megawatts. The new plan for the Yallourn plant led CLP to increase its Australian depreciation and amortization charge for the first half of 2021 by 148 million Hong Kong dollars ($19.01 million). Mount Piper in Australia is set to be one of the last operating coal-fired power plants in CLP's plan. (Courtesy CLP Holdings)

A trickier challenge will be CLP's Mount Piper coal-fired plant in Australia and its Fangchenggang plant in southern China. Both are expected to reach the end of their useful life around 2040.

"We are already working to see how we can bring the timing forward as much as we can," Lancaster said.

The group expects to close four of its eight generating units at its Castle Peak Power Plant in Hong Kong, its largest coal-burning facility, within the next few years and replace them with gas-fired generators. Talks are continuing with the city's government over how the other four units would be replaced by 2040, with offshore wind being one option.

Lancaster said that increased gas dependence would be temporary, since its use also emits carbon dioxide.

"The gas has to change from methane to hydrogen," he said, specifying a desire for "green" hydrogen, produced from renewable energy.

One possibility he raised would be to construct a plant along the pipelines that bring gas to CLP in Hong Kong from Central Asia via mainland China in a location with low population but plentiful wind or solar resources.

Nuclear power, Lancaster said, also "should be part of our energy mix going forward" given the instability of renewable energy sources.

CLP has held a 25% stake in China's Guangdong Daya Bay Nuclear Power plant since its inception in 1994.

Under its long-term contract with state-owned partner CGN, CLP is entitled to purchase 70% of generated electricity. This power in turn accounts for about a third of CLP's total supply for Hong Kong, and Lancaster hinted the group may invest in more locations.

"We have more options to do that as China is developing more nuclear power plants," he said. Four years ago, CLP took a stake in the Yangjiang nuclear plant, also in Guangdong Province.

The electricity sector accounts for nearly two-thirds of Hong Kong's greenhouse gas emissions, with CLP in turn accounting for the biggest part of that.

Asked about whether recent figures showing a decline in Hong Kong's population amid concerns about the national security law China imposed on the city last year would affect the company's assumptions of future demand, Lancaster said, "We are seeing evidence of people leaving Hong Kong," without mentioning the new law.

"It's a very early stage for us to predict" a change in the city's population trend, he added.