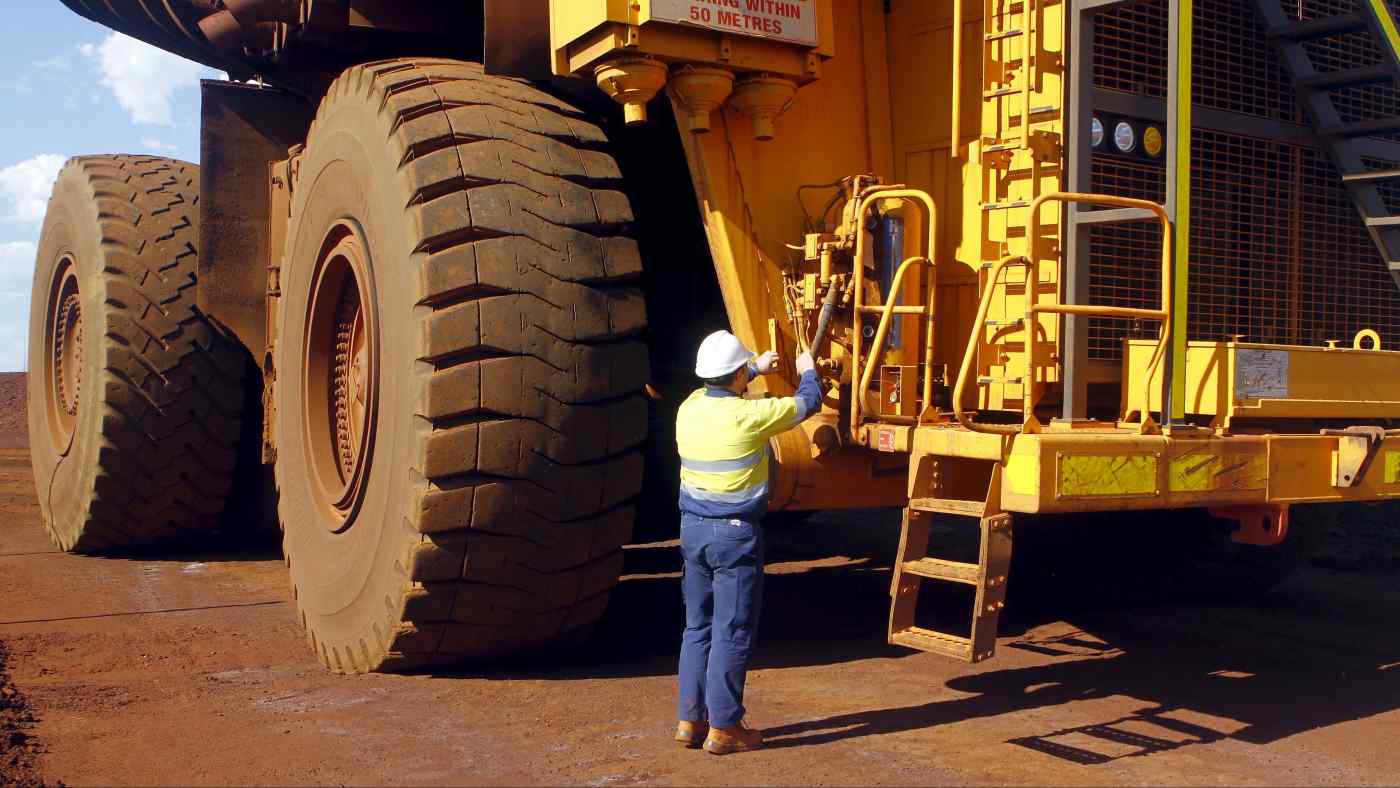 SYDNEY -- Australia's output of iron ore is on pace for the first decline in two decades, driven by the Chinese slowdown and a run of bad luck at home, and this decrease threatens to end the country's record economic expansion.

BHP, the nation's second-largest producer of iron ore, said Wednesday that its output slid 2% for the full year through June, the first drop since 2002. This follows Tuesday's projection by Rio Tinto, the biggest domestic producer, of annual shipments falling by up to 5%, the first dip for Rio since tracking of comparable data began in 2001.

The dwindling performance by the biggest players has led to government estimates of nationwide production retreating 1% to 890 million tons for the fiscal year ended in June. This marks Australia's first output decline based on data going back to fiscal 1999.

Rio illustrates the severity of the industry's condition. The miner shipped 85.4 million tons during the quarter ended in June, down 3% on the year. Rio expects to ship between 320 million tons and 330 million tons for the full year through December, a decrease of 2% to 5%.

Third-place Fortescue Metals Group forecasts a maximum downturn of 3% to 165 million tons for the year ended in June. The company presents its annual report on July 25. Together with Rio and BHP, the three leaders produce over 80% of Australia's iron ore. Much of the setback rests on a string of accidents. BHP was forced to delay shipments after a train derailment in November. Rio suffered a fire at a port facility in January that stalled shipments as well. A tropical cyclone in March near a key production area also dealt a blow.

Those disasters raised the price of iron ore. Australian product bound for China with 62% iron content now fetches around $120 per ton, up more than 60% from the beginning of the year.

The market rates may seem positive, but no industry insider holds a rosy outlook. Rio and BHP announced new iron ore mine developments last year, yet these projects appear geared toward filling the hole left by exhausted mines rather than expanding production. S&P Global Ratings predicts that iron ore prices will undergo a massive correction to $70 per ton in 2021.

But the Chinese economy represents the biggest concern. Australia exports 90% of the iron ore extracted, and 80% of that share goes to China. Beijing announced Monday that gross domestic product for the second calendar quarter rose 6.2%, the slowest pace since comparable data started being kept in 1992.

The trade war with the U.S., which has undermined the Chinese economy, initially was a boon for Australia. Starting last fall, China approved economic stimulus initiatives that boosted infrastructure investment.

Chinese output of crude steel rose 10% on the year between January and May to about 405 million tons, data from the World Steel Association shows. As China's iron ore produced domestically is often of poor quality, the mainland relies on outside suppliers for 80% to 90% of the mineral, according to a Japanese research organization. Australia accounts for over 60% of the iron ore China imports.

Yet the recent GDP numbers illustrate the weakened state of China's economy, to which Australia's iron ore industry is exposed. Beijing could be preparing further stimulus, but Chinese demand for steel will peak within five years before dropping off, said Vivek Dhar, commodities strategist at Commonwealth Bank of Australia.

China imported just over 75 million tons of iron ore in June, a low not seen since February 2016, Reuters reported. That spells more bad news for Australia, where iron ore forms the central part of the resources industry.

Commodity exports underpin an Australian economy that has expanded without a recession for more than 27 years, a world record. The resources industry accounted for roughly 60% of the goods and services exports last year, government statistics show.

A recession is defined as two straight quarters of GDP contraction. Australia almost fell into that trap during the global economic crisis, when its economy shrank during the fourth quarter of 2008.

What helped Australia recover was China's demand for commodities. A subsequent resource boom drove economic growth, propped up by rising exports of coal and iron ore to China.

Beijing responded in February by placing import limits on Australian coal, which had comprised about 30% of China's coal intake. Since Indonesia is China's largest source of coal, Beijing had ready access to an alternative supplier.

Australia's iron ore appears unlikely to face retaliatory measures. Canberra and Beijing reportedly depend on each other since neither has alternative trading partners for the commodity.