Cambodia minister vows no new coal plants beyond those approved 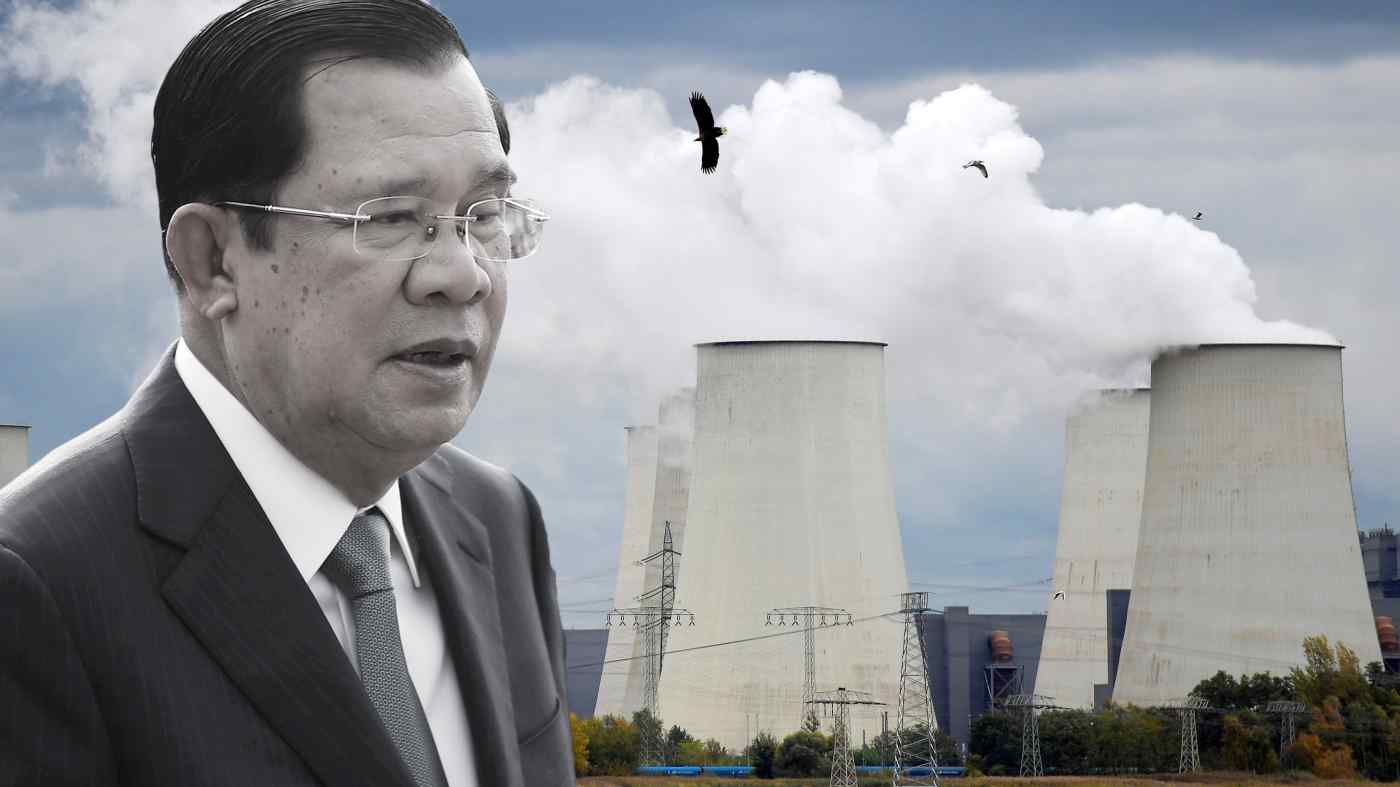 Cambodia will not develop any more coal plants beyond those the government had already approved, as the government signals its intention to move away from the fossil fuel. Prime Minister Hun Sen pictured here. (Source photos by Reuters)
SHAUN TURTON, Contributing writerNovember 1, 2021 17:58 JST | Cambodia
CopyCopied

PHNOM PENH -- Cambodia has become the latest country to voice its intention to move away from coal, though experts question how much impact the policy will have given the number of previously approved fossil fuel projects and import deals.

Cambodia plans on "increasing the use of renewable energy and other energy sources that are not harmful to the environment," he told the envoy, according to a meeting outline posted on the ministry's Facebook page.

The government "does not have any plan to develop coal plants anymore beside the plants that the government approved since 2019," Suy Sem added, and would rely on "low-carbon energy sources such as imported LNG and hydrogen," he said, referring to liquefied natural gas.

The minister also referenced a yet-to-be-released 2040 power master plan being completed with help from the Asian Development Bank. The plan, he said, set the ratio of renewable energy sources at 59% of the overall grid and would see a greenhouse gas emissions reduction of 34% compared with a business-as-usual scenario.

Contacted for comment, spokespeople for the ministry and ADB were not immediately able to provide further details of the plan.

While they welcomed the signaling of a move away from coal, experts on Cambodia's energy sector said the announcement did not appear to mark a major shift away from the country's current trajectory, at least in the short to medium term.

There are three major coal plants that have been approved by the government that would add about 1.6 gigawatt of coal power within the next decade, while authorities have also effectively underwritten two more coal plants in neighboring Laos with a promise to import power from them.

"It looks like business as usual," said Sophorn Chea, a renewable energy expert with experience working in Cambodia. "Cambodia is likely to go with what is approved, and the capital flow from China will allow them to be built quickly."

Bridget McIntosh, country director of EnergyLab Cambodia, welcomed the announcement but said the focus now needed to shift to how Cambodia would implement natural gas into its grid.

Used flexibly to complement increased variable sources like wind and solar, it would reduce the cost of energy in Cambodia as well as boost the country's green credentials, she said. But, if LNG became baseload power, it could end up locking out cheaper solar and wind.

"It can really help Cambodia move to lower cost solar and wind if it's done well," she said.

"It's fantastic that the Cambodian government is recognizing that having a higher share of renewable energy in the grid is good for the country and good for the economy as it will support a lower electricity system cost."

In its most recent Nationally Determined Contribution, a nonbinding climate action plan, Cambodia has vowed to reduce its estimated 2030 greenhouse gas emissions to 90.5 metric tons of carbon dioxide equivalent. This is compared to 155 metric tons of emissions estimated if it took no actions.

It plans to achieve a major chunk of emissions cuts to come from REDD+ programs -- schemes to preserve forests, which act as carbon sinks.