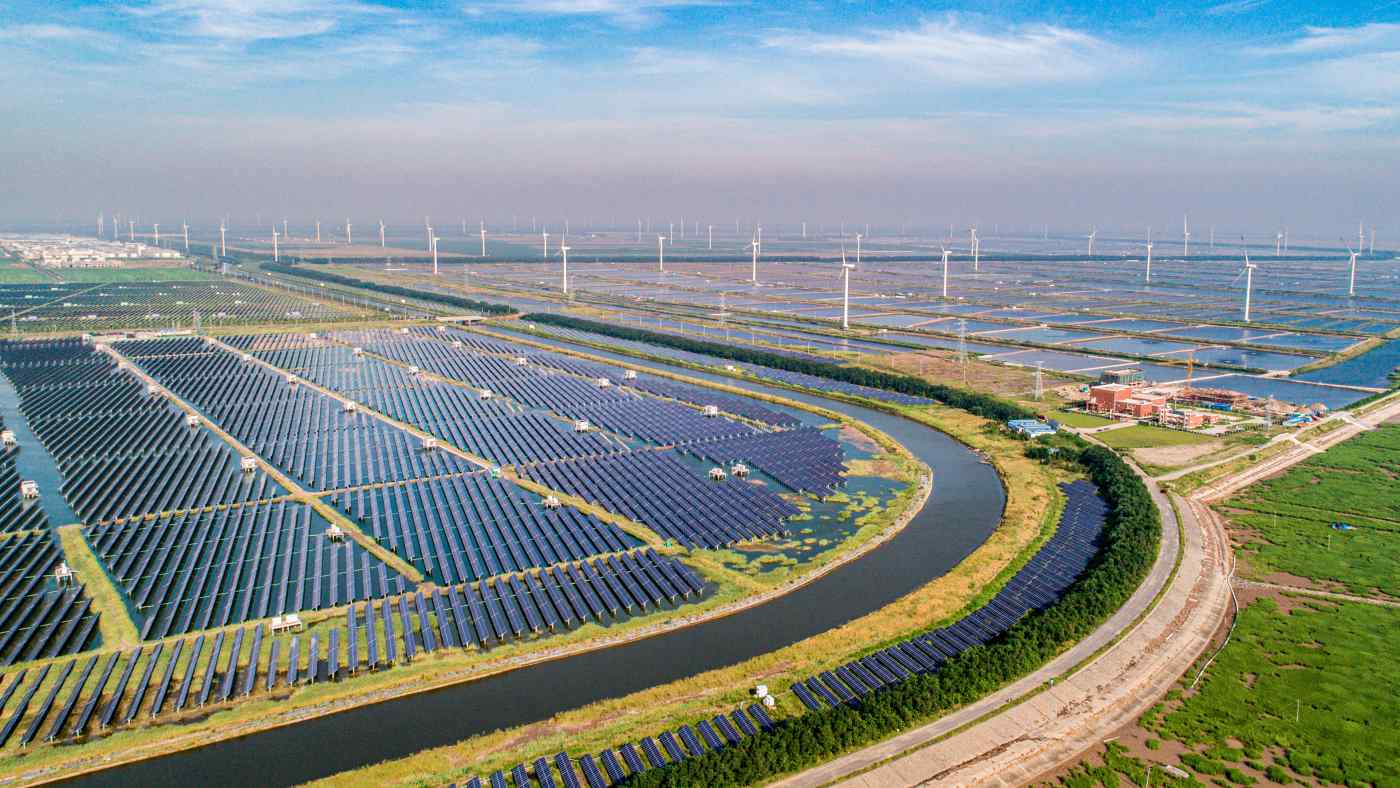 TOKYO -- China has come to dominate worldwide solar and wind energy generation, in terms of both its own capacity and its companies' share of global markets, leaving previous powerhouses -- particularly the U.S. and Japan -- to play catch-up.

In an office building in Shanghai, dozens of workers employed by Envision Group, the world's fifth-largest wind turbine maker, oversee a network encompassing 100 gigawatts of power generation capacity -- equivalent to all of Japan's renewables.