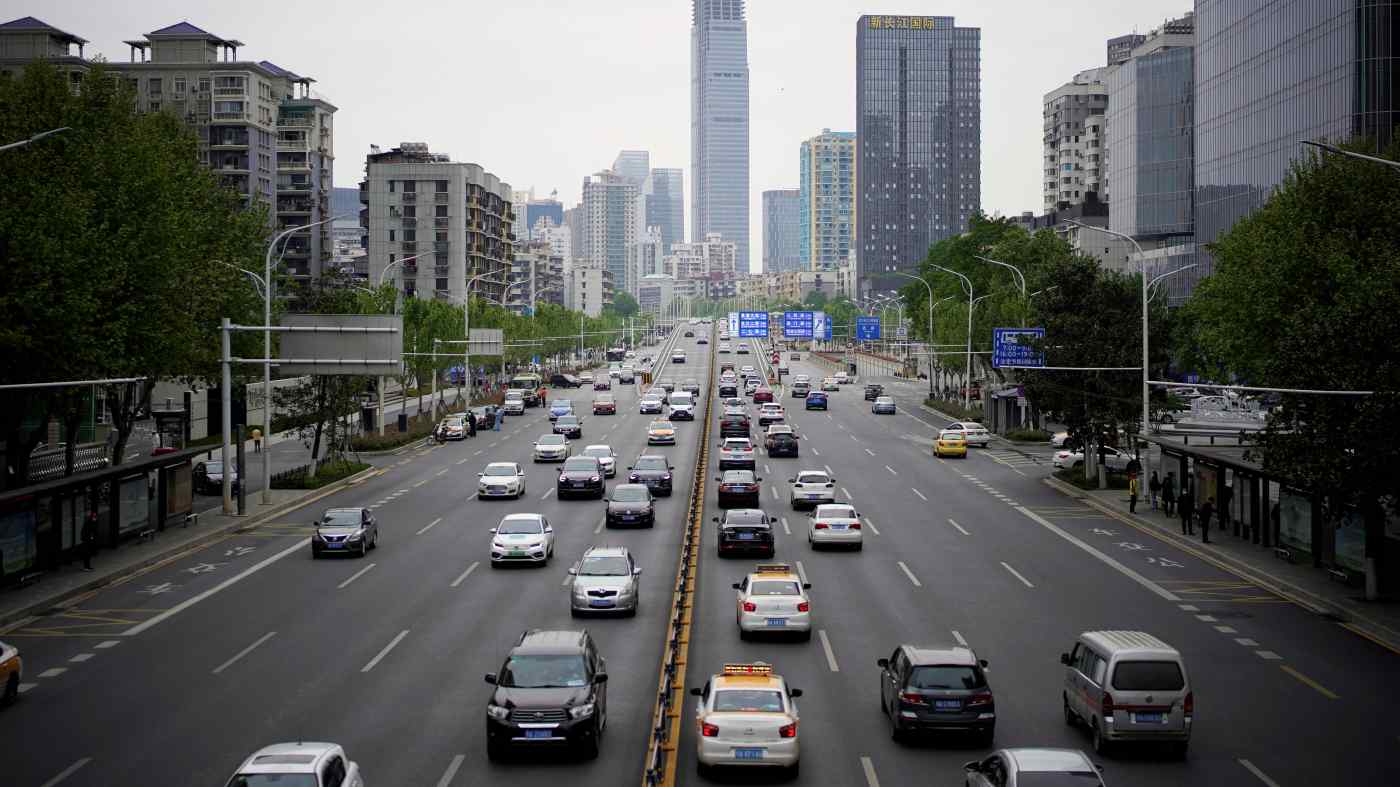 Tokyo/ Shanghai -- Oil demand in China, the second largest market in the world, is returning to pre-pandemic levels, with prices on the rise, even as the global outlook for the commodity remains bleak.

Since mid-April, Chinese refineries have ramped up production after the government eased lockdowns as the coronavirus came under control in the country.

This appetite underpinned the strong performance of Petrobras, Brazil's largest state-owned oil producer, in April. The company said it exported a record 1 million barrels per day in April, largely thanks to Chinese demand, particularly from refiners in Shandong Province.

"We expect to continue with good performance of our exports, due to the resumption of demand from China," said Anelise Lara, chief refining and natural gas officer at Petrobras, in a statement released earlier this month.

China accounts for 15% of the world's oil demand, behind the U.S. That demand had been growing at a double-digit rate each year before the pandemic, and the transportation sector was absorbing 55% of it. 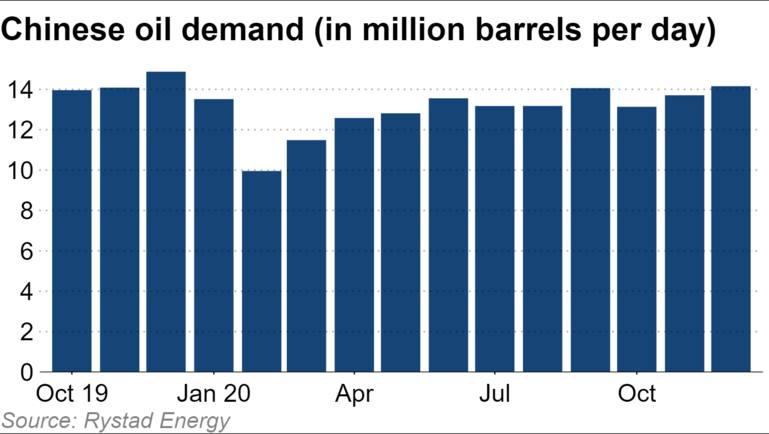 Yusuke Katagiri, an oil trader at the Japanese trading house, Mitsubishi Corp., told Nikkei: "Since April, Chinese buyers are asking for more oil. We are going to see more oil tankers arriving in China in June and July."

The resumption of economic activities has pushed Chinese industrial output in April to a 3.9% annual growth, with an increase in the production of computers, automobiles, metals and cement. Coal power generation, which reflects production output, has now returned to pre-pandemic levels, after falling to nearly 60% of the five-year average in February.

A bellwether for oil demand, passenger car sales are also on the road to recovery. In April, sales were down just 3% year-on-year, up from a two-digit decrease in March. Commuters are now keener to drive than take public transport to avoid crowds and government subsidies have also helped to push sales.

"I drive more than taking the metro to commute, especially during the height of the coronavirus outbreak in February and March," said Ni Tao, a businessman with two young children in Shanghai. Cheaper fuel then also helped to lighten Ni's household expenses.

Travel also increased during the five-day holiday from May 1 during which some 115 million trips were made, according to official data. Although that figure was lower than the 195 million trips recorded a year ago, it was higher than the 90 million trips estimated by Trip.com, an online travel agency.

But the recovery in China has not yet been replicated elsewhere. The global oil outlook remains bleak, as many countries are only just tentatively emerging from lockdown and travel bans are still in place. Worries of a second wave of infections are also putting a lid on consumption and economic activity.

The International Energy Agency's latest monthly report released on May 14 estimated that global oil demand would fall by a record 8.6 million barrels a day on average in 2020.

This fall in demand has prompted OPEC, Russia and the U.S. to agree to cut production by 9.7 million barrels a day, equivalent to roughly 10% of world demand, from May 1. Saudi Arabia subsequently said on May 11 that it would cut an extra one million barrels per day from June.

The IEA report said that the "biggest (uncertainty) is whether governments can ease the lockdown measures without sparking a resurgence of COVID-19 outbreaks."