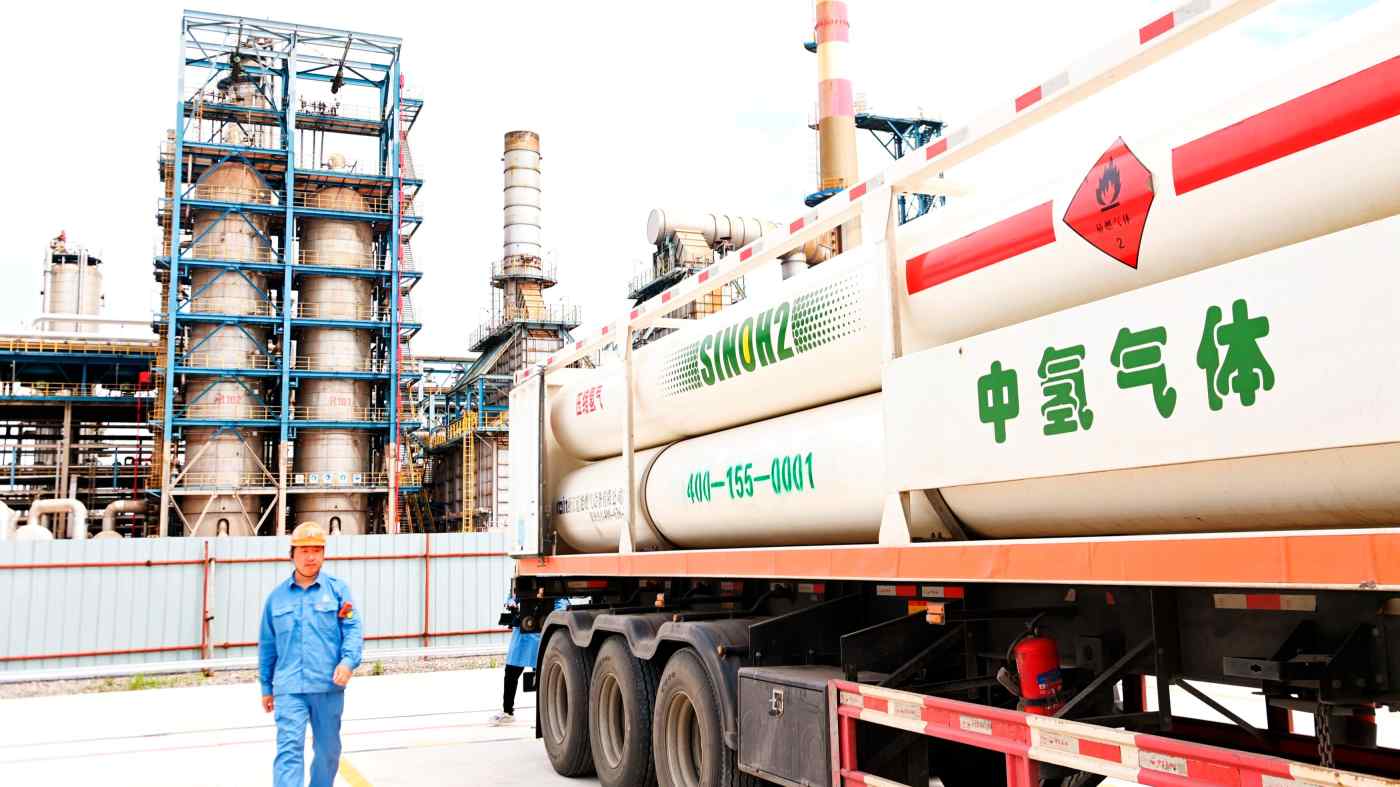 HONG KONG -- Chinese oil majors have unveiled plans to invest billions of dollars in clean energy through to 2025 to comply with President Xi Jinping's carbon neutrality targets even as oil demand drove their profit recovery in the first half.

The state-owned trio -- China Petroleum & Chemical (Sinopec), PetroChina and CNOOC -- vowed to continue increasing the production and import of natural gas to reduce reliance on oil and cut coal consumption across the world's second largest economy. They also pledged to develop their own non-carbon portfolio including hydrogen stations, wind and solar power.

They currently rely substantially on fossil fuel with the rise in demand and price of oil contributing to a 26% surge in first half revenue for the three companies combined. The rise in demand and prices was also behind their profits recovering to 125.51 billion yuan ($19.4 billion) in the first six months compared with a loss of 42.6 billion yuan a year earlier across the companies, filings show.

The oil majors are responding to Xi's goal for carbon neutrality by 2060, a challenging target as the nation is yet to reach its emissions peak. The 14th five-year plan unveiled by the government earlier this year was full of plans to increase the use of renewable energy and develop new technology to capture emissions.

In her report on CNOOC, Crystal Wong, an analyst at S&P Global Ratings, said energy transition was a "long-term strategic initiative" for oil and gas companies and will not affect the credit quality of the companies over the next two to three years as the "reliance on oil revenue will not fade away in the near term."

"We will become the largest hydrogen provider," he said.

Other than building hydrogen stations as planned in the more than 30,000 petrol stations it operates, Ma said the funds would be allocated for building hydrogen facilities to enhance the purity of the gas, its storage and transmission, and to boost research and development.

While hydrogen is the main focus for Sinopec's clean energy drive, Liu Hongbin, senior vice president, said the company would also have 1,000 solar power stations in place this year and 7,000 by the end of 2025, which will generate 400 megawatts of electricity by that time. Sinopec is also striving to use biomass to produce 100,000 tons of jet fuel and 780,000 tons of ethanol fuel in five years, he said.

Smaller peer CNOOC is focusing on wind and solar power development. At an earnings call on Aug. 19, Chairman Wang Dongjin revealed the company would allocate 5 to 10% of its annual capital expenditure to new energy fields. It expects new energy to contribute up to a tenth of revenue by 2025, he said.

Chief Executive Xu Keqiang said in March that the company expected to increase spending on wind power to over 5% of the total in the "near future." The company, which has a larger proportion of offshore oil and gas assets than its two main competitors, plans to set up wind farms across its facilities.

It has earmarked 90 billion to 100 billion yuan for capital expenditure this year, and more than 97% of its revenue in the first six months came from oil and gas.

The clean energy investment in the early stage will go towards "wind and solar," Wang said. "Even though the proportion is small, that will increase in later years."

PetroChina plans to allocate a third of its planned capital expenditure each to oil, natural gas and new energy by 2035, Chairman Dai Houliang said on Thursday.

While Dai stressed the company "will leverage on its advantageous position in natural gas" in the years to come, a more detailed clean energy plan will only be revealed at an "appropriate time," he said.