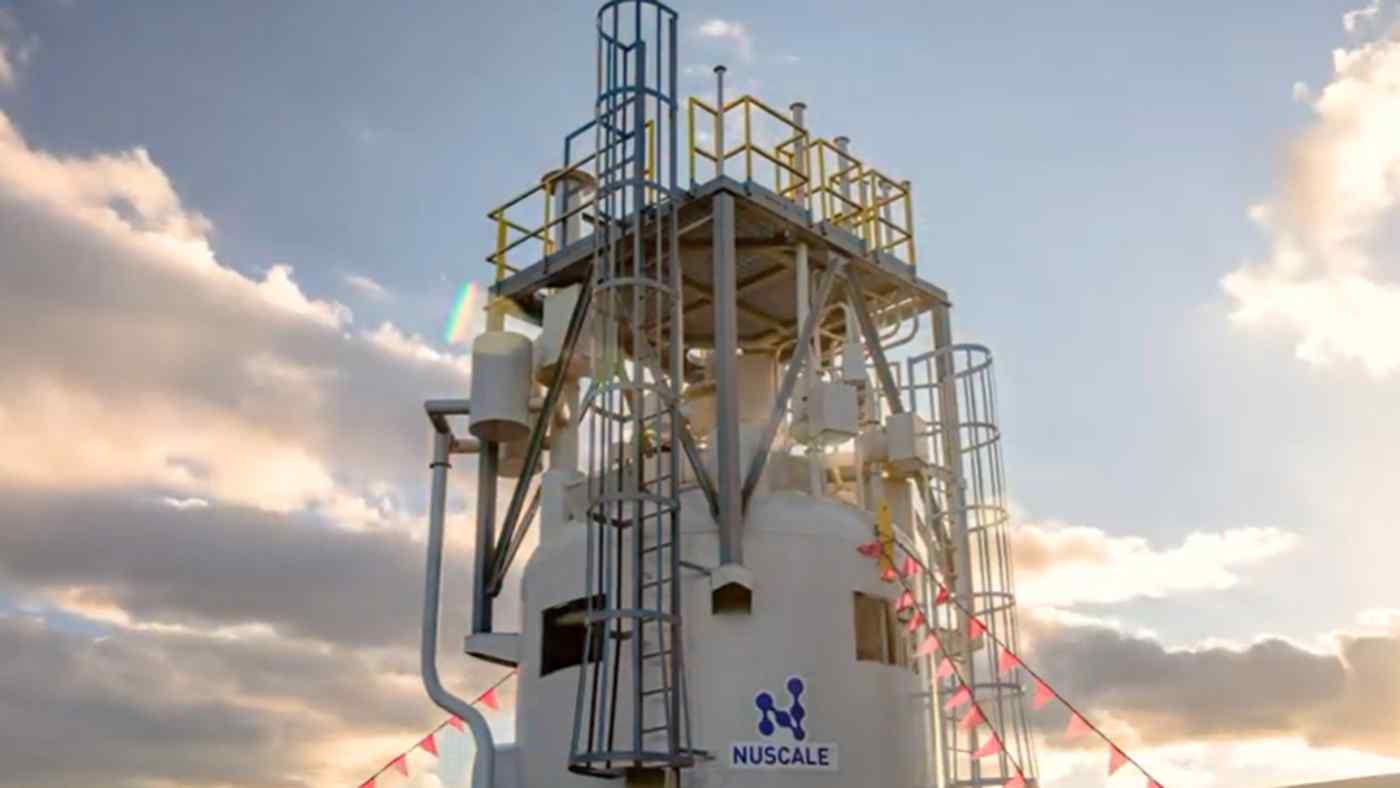 TOKYO -- One of Japan's top industrial engineering companies will join a U.S.-led project to build a new type of nuclear power plant designed with added precautions against meltdowns, Nikkei has learned.

JGC Holdings will help build a plant in the state of Idaho designed by NuScale Power, an American company whose proposal for a small modular reactor (SMR) involves immersing the containment units in a pool of water.

Small nuclear reactors have been hailed as an option for replacing fossil fuel power plants as nations commit to cutting carbon dioxide emissions in the coming decades.

Fighting climate change will be on the agenda when President Joe Biden meets Japanese Prime Minister Yoshihide Suga for a summit in the U.S. later this month.

JGC has invested $40 million for a roughly 3% stake in NuScale, one player in the emerging field of SMRs. The Japanese group will work with NuScale's parent, U.S.-based engineering company Fluor, on construction management and other aspects of the Idaho project.

The partners eventually could set their sights on similar projects in the Middle East -- where JGC boasts a long track record in oil and petrochemical infrastructure -- and Southeast Asia.

Nuclear plants on the scale of 1,000 megawatts cost around $10 billion to build using established reactor designs. NuScale's SMR design -- which completed a technical review by the U.S. Nuclear Regulatory Commission in August 2020, ahead of rival proposals -- reportedly costs around $3 billion for more than 900 MW.

The Idaho plant will have a capacity between 600 MW and more than 700 MW, according to announced plans.

NuScale also has a strategic partnership with South Korea's Doosan Heavy Industries and Construction, which will supply components for the plant.

Japan's Fukushima nuclear disaster a decade ago shows what happens when reactor cooling systems break down. The loss of emergency power after a devastating 2011 tsunami led to reactor meltdowns at the Fukushima Daiichi plant operated by Tokyo Electric Power Co. Holdings.

NuScale's SMR design seeks to remove this risk, as the water in the pool takes a month to evaporate and helps keep the reactor's temperature down.

Many existing nuclear plants in Japan, the U.S. and other advanced economies have been in operation for decades and require upgrades or decommissioning.