Scholz and Kishida agree to launch intergovernmental consultations next year 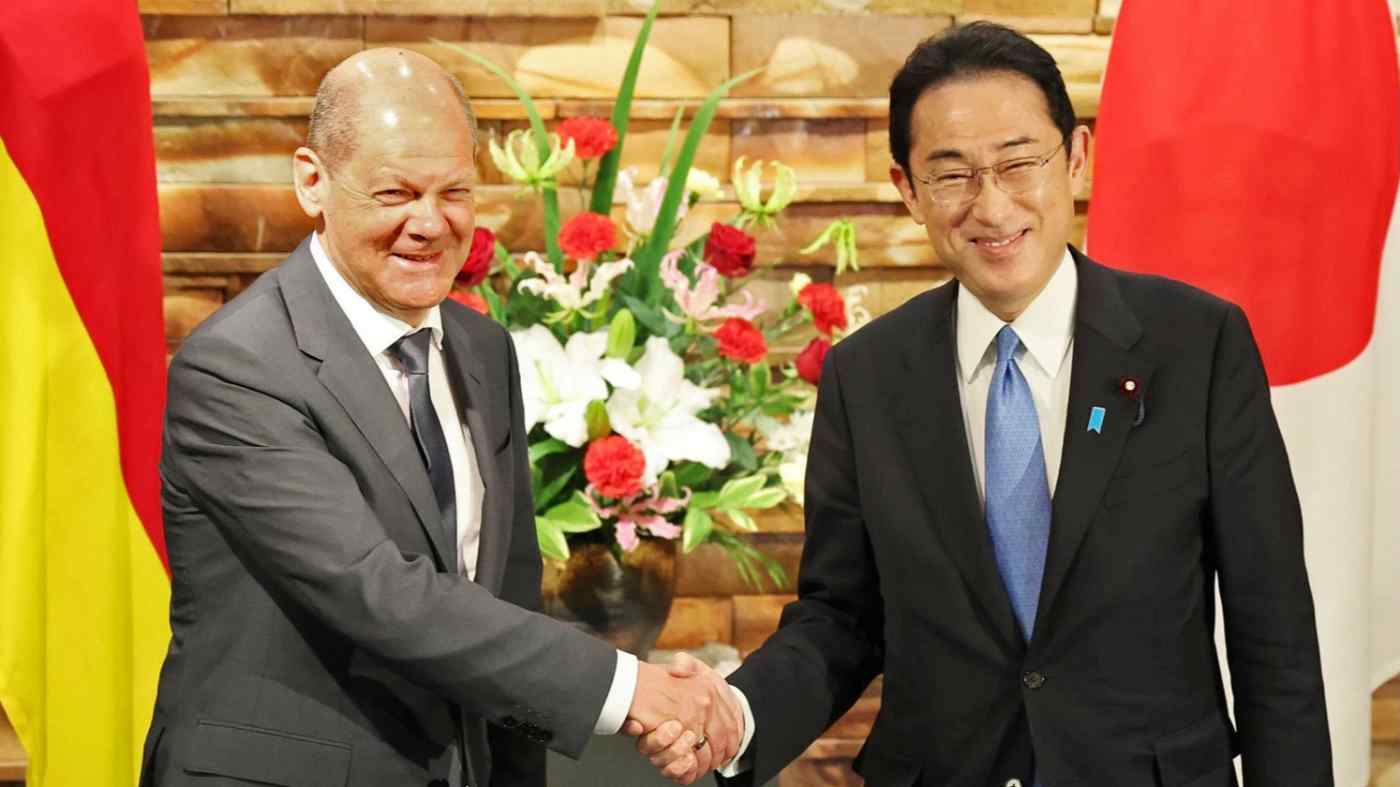 TOKYO -- From cooperating on hydrogen as an alternative power source to gas and coal, to launching intergovernmental consultations, "Germany and Japan will strengthen their partnership at every level," German Chancellor Olaf Scholz said during a visit to Tokyo.

Five months into office, the German leader chose Japan for his first visit to Asia. It was a symbolic shift from his predecessor Angela Merkel, who placed China as the top priority of Germany's Asia policy and visited Beijing first.

His meeting with Japanese Prime Minister Fumio Kishida on Thursday was dominated by how to respond to Russia's aggressions and the economic impact of its war on Ukraine.

Germany's high dependence on Russia for gas is extremely challenging, but it is necessary to analyze the situation calmly and respond accordingly, Scholz said at a joint press conference with Kishida Thursday evening. While halting coal imports can be easily done, stopping Russian gas supplies will take time, he said, as it would require the construction of terminals to receive liquified natural gas imports from the likes of Norway and the Netherlands.

The two leaders also discussed help for Ukraine. They agreed that Scholz's flight home on the government plane will also carry aid items from Japan to Ukraine. These are daily necessities, such as diapers and sanitary goods, that have been donated to the Ukrainian embassy in Japan, Kishida said.

In terms of weapons support, Scholz said Germany will offer support to the Eastern European countries that are sending tanks themselves to Ukraine to help boost their defenses. 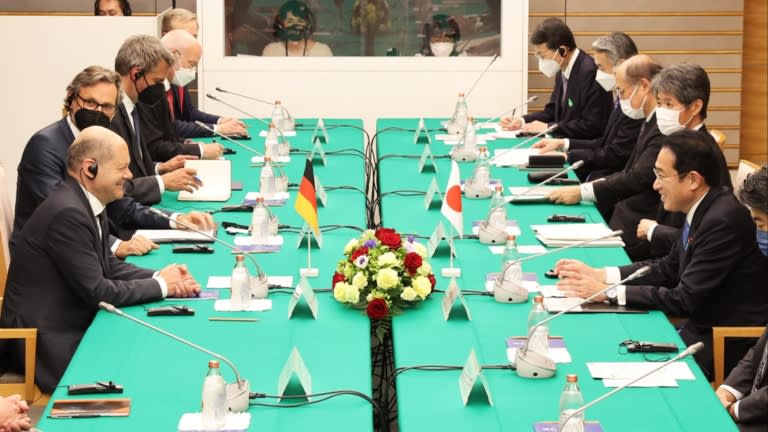 Scholz and Kishida meet at the Japanese Prime Minister's Office on April 28. (Photo by Uichiro Kasai)

Kishida said both leaders will attend the new intergovernmental consultations, which will begin next year. Germany has similar government-to-government consultations -- in which multiple cabinet ministers attend -- with France, Poland and China, according to the Japanese Foreign Ministry. The three parties that form the new German government had pledged to start regular government consultations with Japan in their coalition agreement signed last year, as a way to balance Germany's China-heavy Asia policy.

Scholz said there will also be meetings between both countries' companies to discuss topics of common interest, such as 5G, economic security, supply chains and reducing dependence on certain countries.

Kishida said that Germany and Japan, this year's and next year's Group of Seven president, exchanged views on a wide range of topics, including regional affairs.

On East Asian affairs, Kishida said the two leaders opposed unilateral attempts at changing the status quo by force in the East and South China seas, in an indirect reference to China. The leaders expressed serious concern for the situation in Hong Kong and the Xinjiang Uygur autonomous region as well.

The Japanese leader welcomed Germany's increasing interest in the Indo-Pacific region, referring to Germany as "a strategic partner sharing common values" and that he hoped "to closely cooperate with handling various challenges including in the response to China."

Kishida stressed that the Ukraine crisis was a situation that shook the root of the international order. "Such unilateral change of the status quo by force is unacceptable in the Indo-Pacific as well, particularly in East Asia," he said.

Kishida noted that the international community needs to show potential aggressors that "such acts of violence come at a high price."

The two leaders met for 70 minutes, including a 30-minute one-on-one session. This was followed by a dinner which lasted 85 minutes, according the Japanese side. 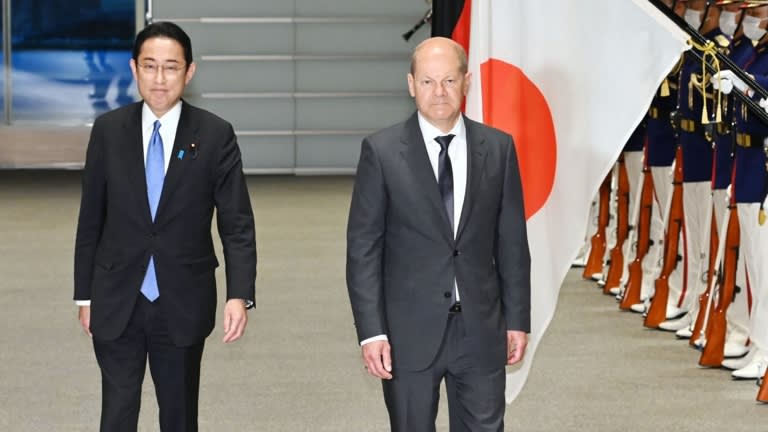 Ahead of the summit, Scholz attended an event with business leaders, where he emphasized the need to review his country's energy mix, as the current dependence on Russia becomes increasingly unsustainable.

"In the future, hydrogen will be an alternative to today's gas and coal. By promoting the development of hydrogen through Japan-Germany cooperation, we can bring about prosperity on a wide scale," he said through an interpreter.

This will be the long-term measure, he said, envisioning a future where hydrogen will serve the functions of coal, gas, and thermal power, and that such change was necessary in manufacturing.

"Japan and Germany are acutely aware of this since they are both trade-oriented countries. Such common issues can be better addressed through collaboration," he said.

His remarks come as Russia, a large exporter of gas and oil, cut off natural gas supplies to Poland and Bulgaria in retaliation against Western sanctions imposed on it, raising concerns over other importers' future energy supplies.

Thursday's business event commemorated the 60th anniversary of the opening of the German Chamber of Commerce and Industry in Japan, a body that promotes trade between the two countries. It was attended by around 150 business leaders from both countries.