Hokkaido wind farms get tailwind as tides shift for fisheries 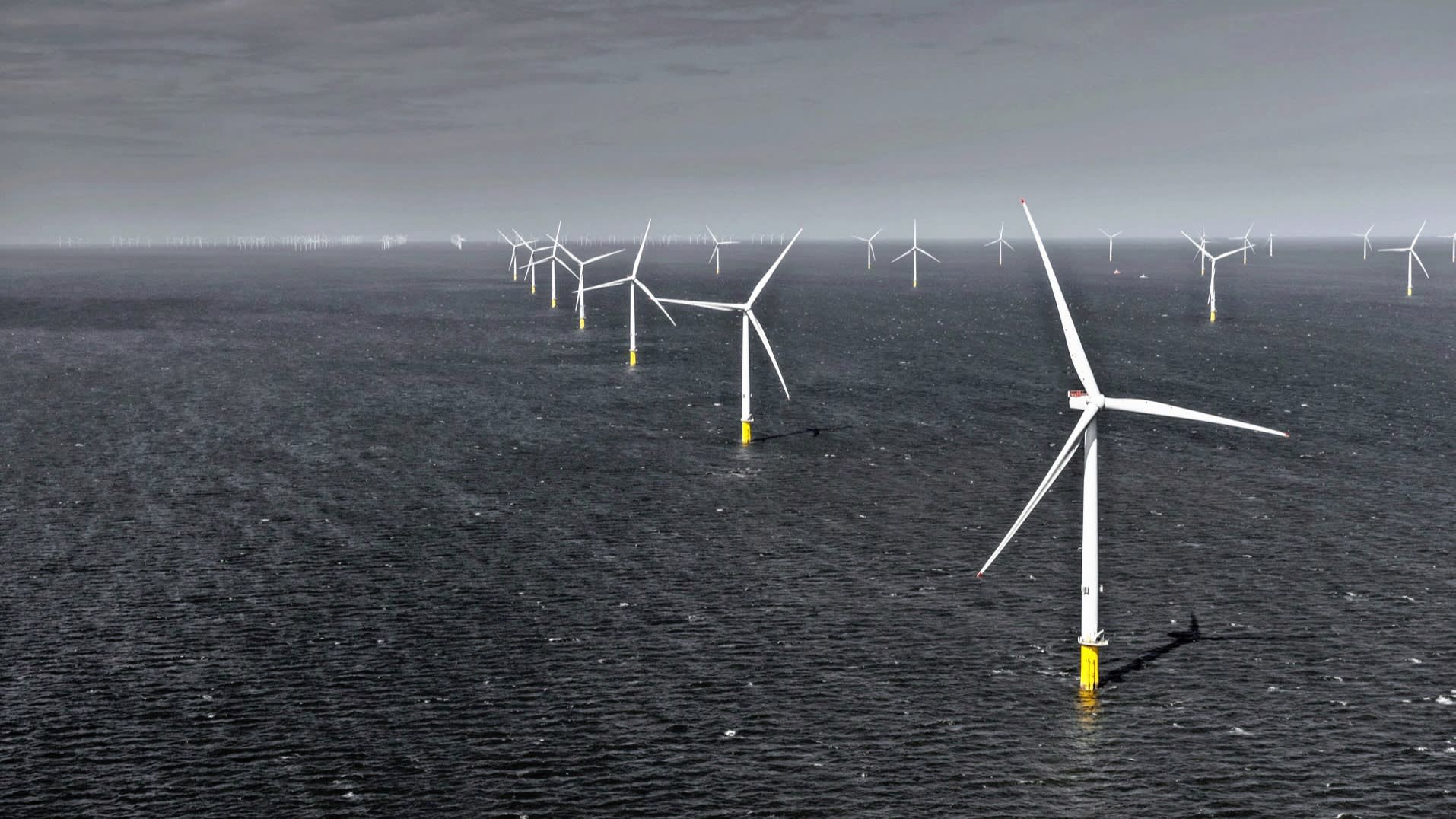 SAPPORO, Japan -- Hokkaido, the northernmost of Japan's four main islands, has seen the launch of a string of offshore wind farm projects, as fishing communities hit by declining catches look for other ways to earn a livelihood.

Hokkaido, surrounded by the Sea of Okhotsk, the Sea of Japan and the Pacific Ocean, has great potential for offshore wind power. But it has been slower off the mark than other Japanese prefectures, including Nagasaki, Akita and Chiba.

The spate of new projects in Hokkaido comes as some local communities grapple with a serious slump in commercial fishing, one of the prefecture's leading industries.

"If the situation remains unchanged, we will have a really difficult time. We will have to think about using fishing grounds effectively," said a grim-faced Yutaka Iida, a senior official at the Hiyama fisheries cooperative association.

The Hiyama fisheries cooperative is located in the town of Otobe, on the Sea of Japan coast about a 90-minute drive from the city of Hakodate. The town once prospered on the back of its herring catch. In 1995, it landed fish worth around 1 billion yen ($9.47 million at current exchange rates), but the value of its catch has shrunk by around two-thirds since then. The cooperative's membership has declined by a similar amount. Electric Power Development, Japan's biggest electricity wholesaler, also known as J-Power, is pushing ahead with construction of an offshore wind farm off the Hiyama coast, which includes the town of Otobe. In the summer of 2019, J-Power announced plans to build and operate the wind farm with just over 70 turbines and a total generating capacity of up to 720 megawatts.

The project will cost several hundred billion yen, or several billion dollars. Tokyo-based J-Power began a boring survey in July and aims to complete the wind farm by around 2030.

Cosmo Eco Power, also based in Tokyo, is considering building two wind farms with a generating capacity of 1,000 MW each -- one off the Hiyama coast and another in Ishikari Bay, which is relatively close to Sapporo, Hokkaido's capital. Fish catches in Hokkaido are only about a third of their 1980s peak, with some of the decline attributed to climate change.   © Kyodo

Influx, another renewable energy developer based in Tokyo, also revealed in July that it is considering building a new offshore wind farm in Ishikari Bay. It will have an output capacity of around 1,330 MW and a maximum of 140 turbines, if brought to completion. Further details, including the startup date, cost and construction period, have yet to be decided. If realized, the wind farm will be one of Japan's largest.

One reason why offshore wind farms have failed to catch on in Japan is the issue of fishing rights in areas where the wind farms are to be installed.

Fishing, while still important, is a declining industry in Hokkaido. The island's catch in 2019 totaled 1.06 million tons, according to preliminary figures, just a third of its 1980s peak. Catches for primary commercial species, such as squid, salmon and saury, are stuck in the doldrums. The changing marine environment due to global warming is seen as a factor in declining catches. Hokkaido's fishing industry may continue to shrink over the long term.

As the business climate for the island's fishing industry has deteriorated, a local public-private body has begun lobbying the Japanese government to designate the waters off Hiyama a "promising area" for offshore wind power generation. The public-private body is composed of the Hiyama fisheries cooperative, the town of Kaminokuni, which is located in the Hiyama area, and others.

Noboru Kudo, the mayor of Kaminokuni, who serves as the group's representative, has high hopes for offshore wind power. "If wind turbines are installed at sea, related industries, such as repair and management, and tourism, will be born."

The town of Suttsu in Hokkaido was the host of Japan's first onshore wind farm many years ago. Suttsu is now discussing offshore wind power with six neighboring governments and four fisheries cooperatives through a public-private body that they have set up.

Suttsu's population has fallen to less than 3,000. The town's annual revenue from the sale of electricity generated by wind power averages 750 million yen, compared with the town's tax revenue of just over 200 million yen. Suttsu Mayor Haruo Kataoka stresses that "rebuilding the local economy will also benefit the fishing industry." In June, the Japanese government began seeking participants in offshore wind power projects off Goto, a city in the southwestern prefecture of Nagasaki.

In addition to the area off Goto, four other areas -- three in Akita Prefecture and one in the Chiba Prefecture city of Choshi -- have been designated promotion areas for offshore wind power. Participants in projects there will be chosen in the future.

Two areas in Hokkaido, one off Hiyama and the other off Ganwu and Minami-Shiribeshi, are following these developments. The potential for projects in the two Hokkaido zones is similar to those elsewhere.

According to estimates by the Environment Ministry, Japan's potential offshore wind power generation capacity is just over 1.1 million megawatts. By region, Hokkaido accounts for the largest share of the total, at 28.5%, followed by the northeastern region of Tohoku, with 19.0%.

"Hokkaido is superior in terms of wind conditions. If technical issues such as power transmission capacity are resolved, there is much room for growth," said Kenji Okada, a J-Power official in charge of constructing renewable energy facilities.

According to the Tokyo-based Japan Wind Power Association, if offshore wind farms with a combined output capacity of 10,000 megawatts are introduced in Japan by 2030, they would contribute between 13 trillion and 15 trillion yen to the economy.

Offshore wind-power generation has proliferated abroad, especially in Europe. Many offshore projects have also been developed elsewhere in Asia, including Taiwan.

The offshore wind farms that are under construction and on the drawing board in Hokkaido are a reflection of the sea change in the local fishing industry. If the projects take off, wind power promises to deliver both an economic jolt and a new source of renewable energy for Japan.