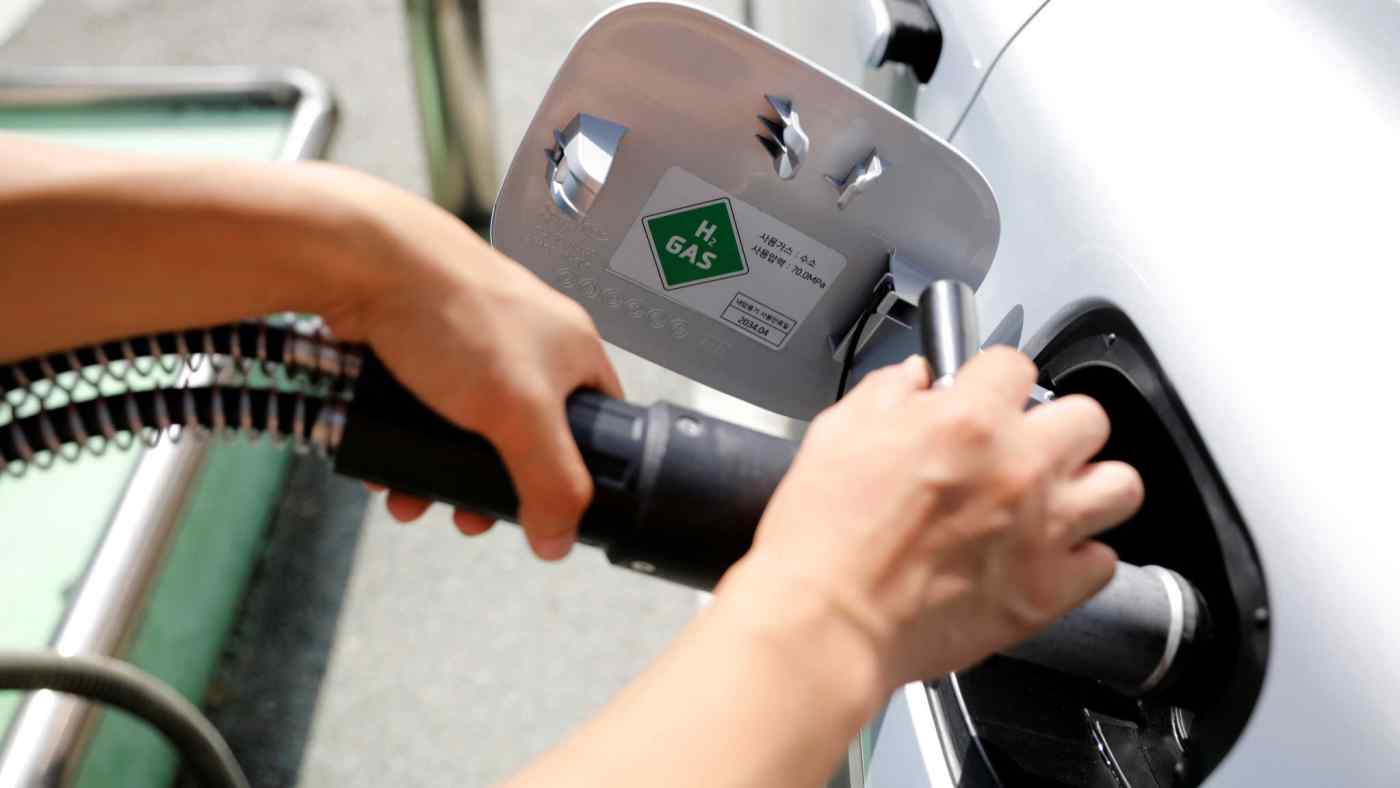 SEOUL -- South Korea's Hyundai Heavy Industries group will branch into all areas of hydrogen, from production to storage and sales, turning some gas stations to filling stations for vehicles that run on the zero-carbon fuel.

Hydrogen-related businesses will play a key part in a long-term strategy through 2030 under a plan announced Thursday.

This marks a new shift toward clean energy for one of Asia's biggest industrial groups, whose rise has been fueled in part by oil.

"To ensure we drive growth in the future, we're bringing the group's cutting-edge technologies and infrastructure together to focus on the field," a spokesperson said.

Korea Shipbuilding & Offshore Engineering, a core unit with one of the world's largest market shares in ship construction, will develop hydrogen-fueled vessels as well as hydrogen transport tankers. It will also build offshore plants for producing the fuel.

Another subsidiary, Hyundai Oilbank, will convert 180 of its 2,700 gasoline stations in South Korea to hydrogen filling locations.

The group is not alone in pouncing on the fuel's potential.  South Korea's SK Group, the country's third-largest conglomerate, has said it will invest 18 trillion won ($16 billion) over the next five years to develop the domestic hydrogen energy industry.