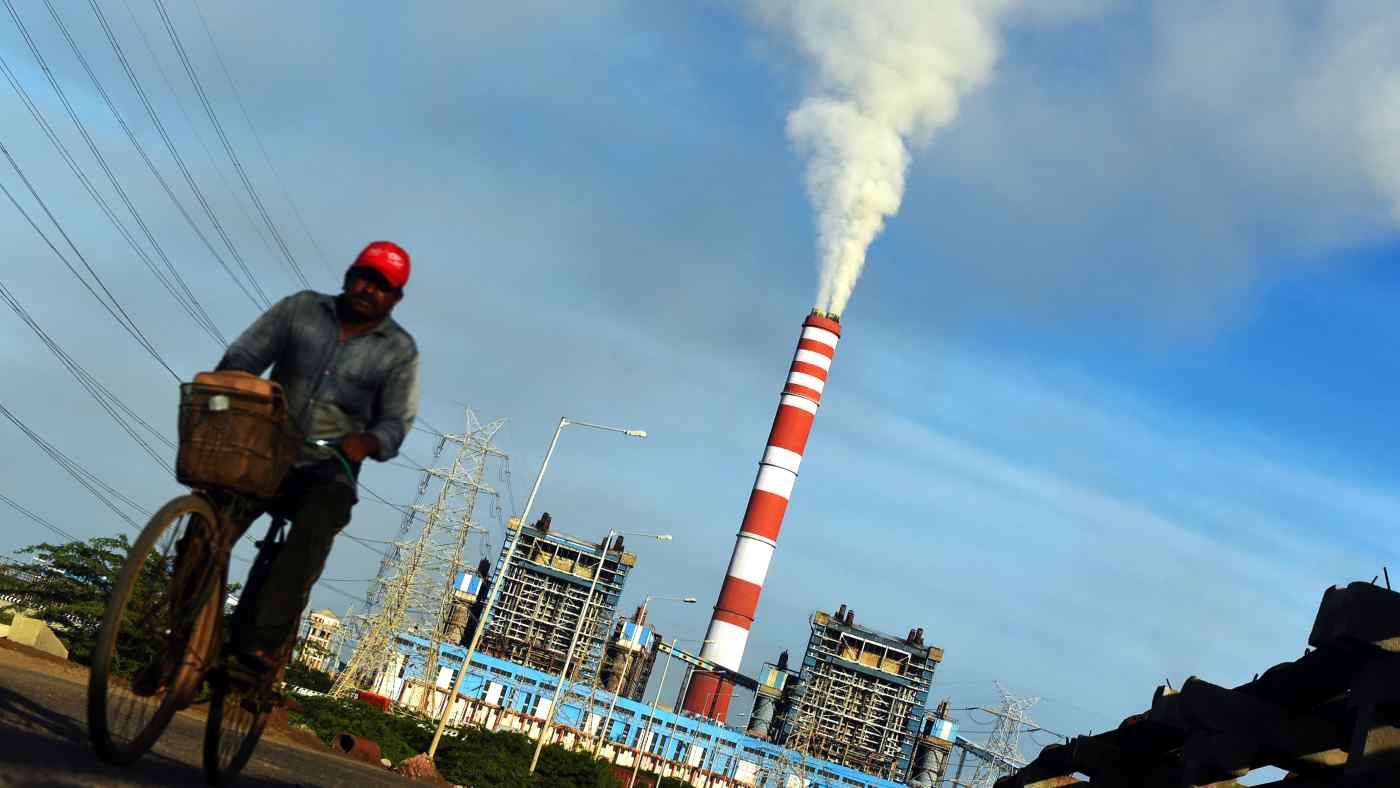 NEW DELHI -- India finds itself in the midst of a power crisis similar to the one darkening China after coal inventories have fallen to just a four-day supply. A shortage of coal is increasing costs across India's manufacturing sector, prompting concern it could quickly feed through to a rise in inflation.

Coal accounts for about 70% of electricity generation in Asia's third-largest economy. Of 135 thermal plants in the country, 107 do not have enough coal to last more than a week, while 17 have already used up their supply and 21 have only one day left, according to the country's Central Electricity Authority data.

India's power crisis has already hit the commodities market for aluminum, steel, petroleum and other items. State-run coal mines have halted supply of coal to aluminum plants in India, which is disrupting production, said industry body Aluminum Association of India.

The Federation of Indian Mineral Industries also said that an acute coal crunch has created a "precarious situation" for aluminum producers as stockpiles plummet to critical levels.

Ajay Kumar Kedia, director of Kedia Commodity Comtrade, said coal accounts for around 40% of aluminum production costs and if there is a shortage, shutdowns will occur or producers will have to import coal at a very high price, early signs of which are already emerging.

Kedia added that aluminum prices are nearing a 13-year high as of Oct. 4, driven by strong demand and widespread shortages. A general power shortage has raised concerns of slower growth and demand as the government focuses on restricting electricity by energy-intensive industries to lessen the impact on households, he said. 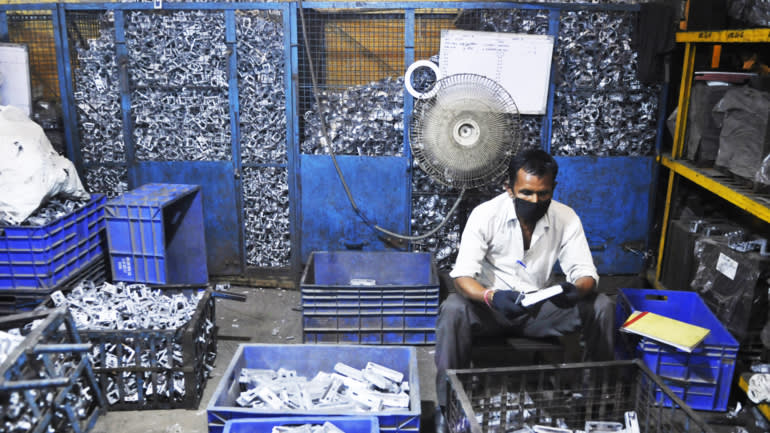 The Federation of Indian Mineral Industries also said that an acute coal crunch has created a "precarious situation" for aluminum producers.   © Getty Images

According to Indian commodities tracker SteelMint, India's iron ore exports were last week down 76% year on year to 2.8 metric tons on weak Chinese demand. Power outages in China have led to a price rise due to concerns over shortages of fuel used in steel production, according to a report from Nomura Financial Services. Steel mills which were previously paying 4,000 rupees ($53) to 6,000 rupees for a ton of coal are reportedly now shelling out from 8,000 rupees to 12,000 rupees.

Experts believe the crisis was months in the making and could worsen.

After the second COVID wave hit India, no one expected the economy to reopen so fast and electricity demand to hit pre-pandemic levels, said Arun Kumar, Malcolm Adiseshiah Chair Professor, Institute of Social Sciences, New Delhi. Electricity demand in India rose 17% in the last two months compared to pre-pandemic levels. The demand for power in the country hit 174 gigawatts in October, up 15 GW for the month in 2020.

The price of coal in the international market increased 40% and imports fell to a two-year low at the same time power demand increased, hence the shortage, Arun said. He mentioned that the monsoon season was particularly long this year, which left central and eastern India flooded, making coal mining impossible and adding to the woes.

India is the second-largest importer, consumer and producer of coal, and has the world's fourth-largest reserves. It mainly imports from Indonesia, Australia and South Africa. CRISIL, a unit of ratings agency S&P, said it expects Australian and Indonesian thermal coal prices to increase over the remainder of this fiscal year, due to supply constraints and high demand from China and elsewhere.

For example, the price of coal from Indonesia -- which stood at $60 per ton in March -- has risen to $200 in September. Arun believes that China, which is currently facing a power crisis, could look to coal exporters like South Africa, Colombia, the U.S. and Canada, which will push prices higher and strain supply chains.

Indian Power Minister RK Singh said that while the supply crunch has not yet led to power cuts in the country, the coal supply situation is likely to be "uncomfortable" for up to six months. India's coal secretary, Anil Kumar Jain stated that deliveries to power plants are short by between 60,000 and 80,000 tons a day. A woman receives a dose of COVID vaccine in Mumbai this September. The pandemic appears to have pulled out of its worst phase in India, but people may now face the pain of inflation.   © Reuters

Harshal Barot, commodity analystat Motilal Oswal Securities, said: "There is a huge coal shortage. With expensive imports of coal and a seven-year high crude oil price rise, import bills will rise. If import bills start going up, the Indian currency will depreciate. Whenever the currency depreciates, whatever your commodities are, their price will increase."

"The companies will also start passing costs onto consumers ... Later, not only imports but local manufacturers also have to pay more for crude and electricity."

"Inflation for the last four months has been worryingly high. The wholesale price index has been above 10% and consumer price index crossed the 6% mark in June, which was above the Reserve Bank of India's tolerance band," said Arun.

Oil prices, gas and consumables are already at all-time highs with electricity bills, steel, cement and aluminum soon to join the list. The supply chain has hit globally and this will be a test for India as unemployment is at an all-time high with few economic activities, said Arun.