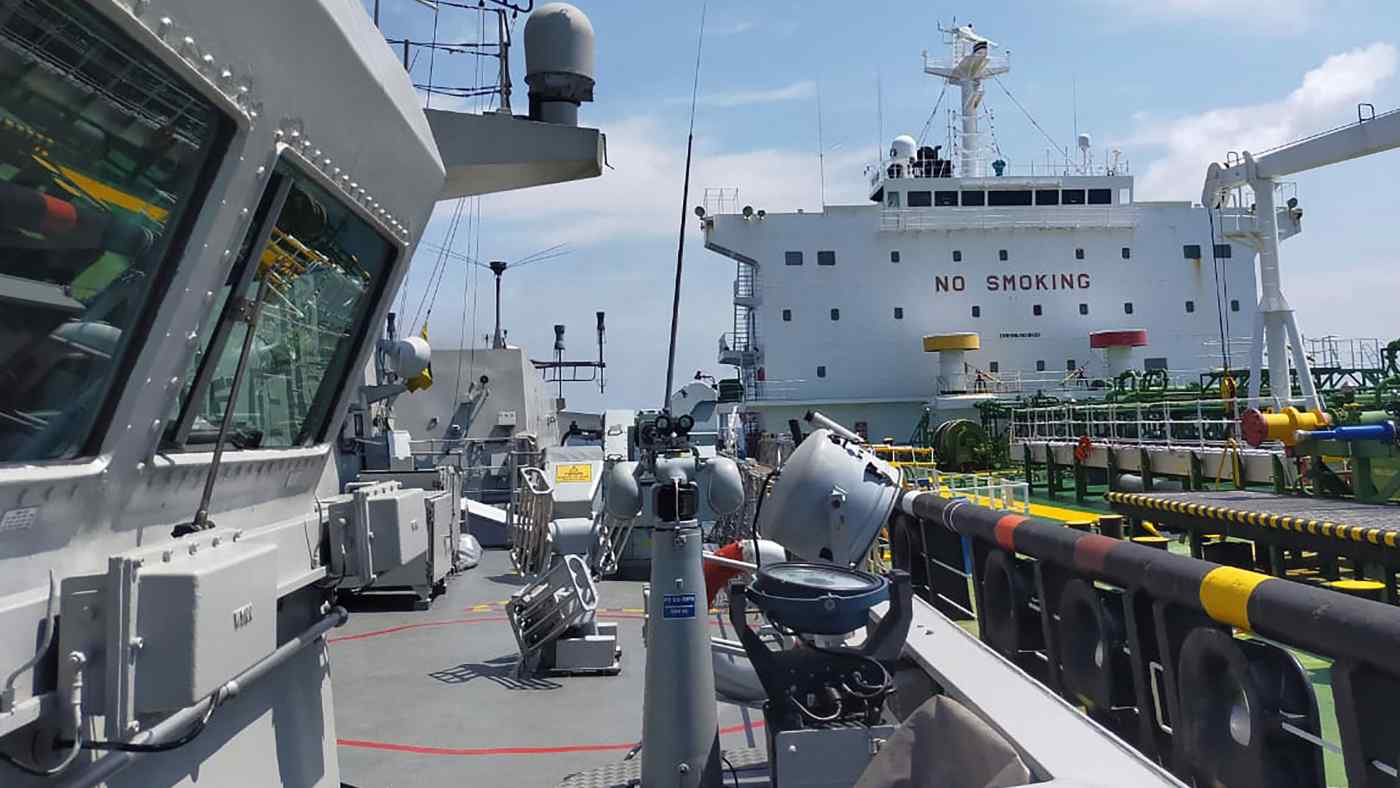 PHNOM PENH -- Indonesia has been accused of violating the human rights of an oil tanker crew in an escalating international dispute over a $21 million cargo of crude that Cambodia says has been stolen.

The Bahamas-flagged tanker Strovolos, estimated to be carrying nearly 300,000 barrels of crude from Cambodia's ill-fated first oil venture, was seized by Indonesia's navy off the country's coast in July.

Cambodian Prime Minister Hun Sen and other officials claimed it had absconded with crude from the country's Apsara oil field, after the Singapore-traded operator KrisEnergy went bankrupt after just six months of operation.

World Tankers Management, which manages the ship, released a statement on Monday on behalf of itself and the owner saying that crew members had been subject to "interrogation" by Indonesian authorities.

World Tankers said it believes that after failing to resolve matters with KrisEnergy, Cambodia had used a request for assistance to Indonesia to "coerce the owners to accept their claims without proof or payment," according to the statement.

It called the move an "unpleasant and unethical tactic" that had violated the crew's human rights and said it had "grave concerns" there would be no due and proper process should the crew be handed to Cambodia.

The World Tankers-issued statement said that Indonesian marine police boarded the vessel in the early hours of Saturday and took the crew -- 13 Indians, three Bangladeshis and three citizens of Myanmar -- ashore for questioning. It did not specify whether the captain, a Bangladeshi national, was among them.

An Indonesian navy spokesman in a statement to Nikkei Asia said that the navy was involved in the questioning of the crew. He added that Indonesia's initial seizure of the ship was not based on a request from Cambodia but was instead for anchoring in the country's waters without permission. The statement said a "legal process" was underway.

KrisEnergy, which signed a production agreement with Cambodian authorities that gave the government a 5% stake in the venture, is currently in the hands of court-appointed receivers.

The statement from World Tankers said that the question of who owns the oil has yet to be resolved, but Cambodia's accusation of theft was "without foundation." KrisEnergy had told the tanker's owner that it objected to the oil being given to Cambodia "as that would be contrary to their ownership rights," the statement said.

The vessel had no choice but to leave the Apsara oil field in the Gulf of Thailand when KrisEnergy went bust and could no longer re-supply the tanker, the statement said.

"The charter was terminated due to the charterers' breaches of key obligations. As a matter of law, the vessel was under no obligation to return to Apsara," it said. "There has never been any intention or suggestion that anything would be done with the oil on board other than to offload it as soon as its ownership is proved, and agreement is reached about payment to the owners of the money which they are owed."

The government of Cambodia has not provided any proof to the vessel's owners to support its claim that it owns the cargo on board, the statement by World Tankers added.

KrisEnergy and Cambodia's Ministry for Mines and Energy did not immediately respond to a request for comment from Nikkei.