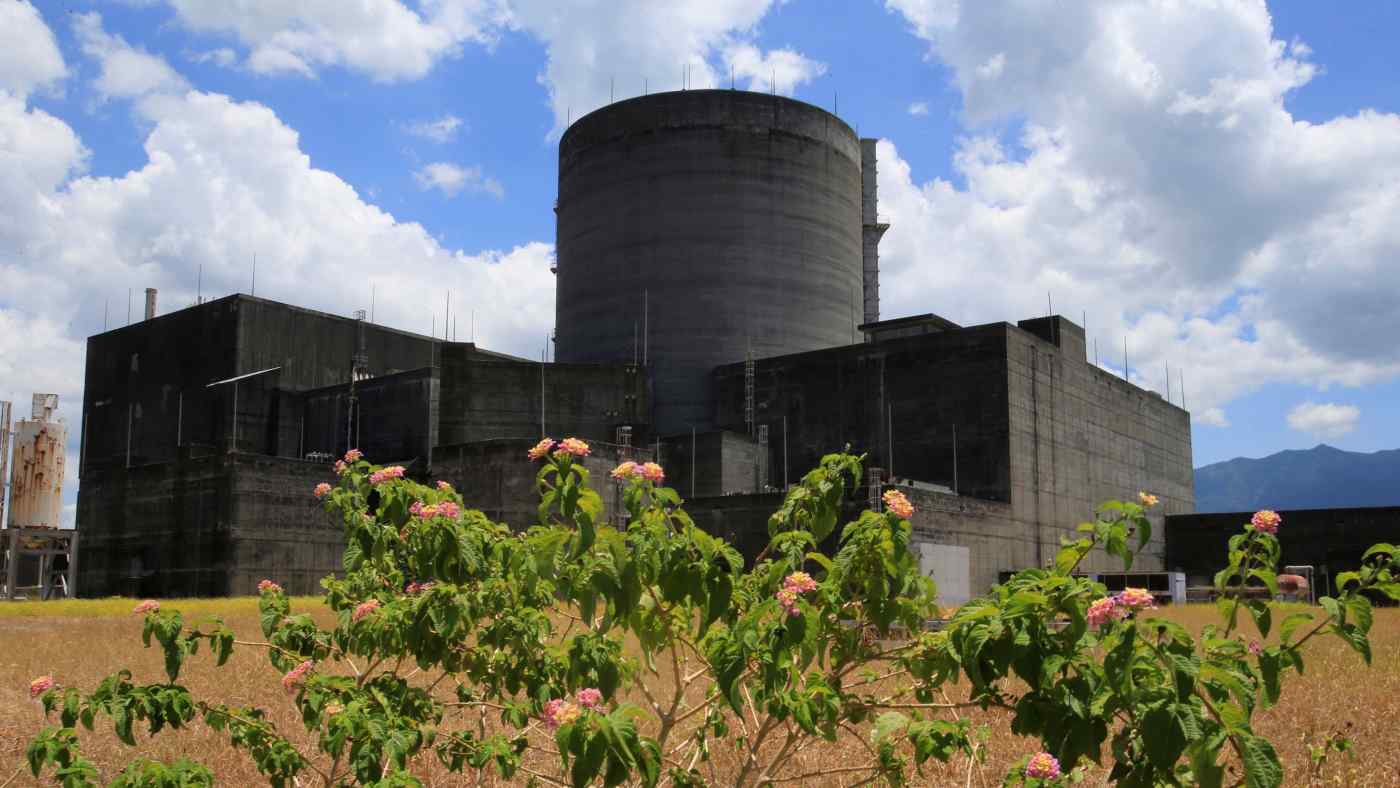 JAKARTA/MANILA -- Without much fanfare, Indonesia and the Philippines appear to be moving to revive dormant nuclear energy plans through recently-proposed regulatory changes.

Indonesia's so-called omnibus bill on job creation contains provisions intended to encourage private sector investment in nuclear energy. The bill, submitted to parliament in February, is subject to lawmakers' approval, with President Joko Widodo seeking to finalize deliberations in the next few months.

In Manila, during a cabinet meeting early this month, Philippine Energy Secretary Alfonso Cusi renewed his pitch to President Rodrigo Duterte to include nuclear in the country's energy mix. A draft of the executive order was proposed in February, underscoring the secretary's determination to get formal backing from the president.

A draft of Indonesia's omnibus bill says proposed changes to the 1997 law on nuclear energy are intended "to make it easier for the public, especially the private sector, to obtain business permits in the nuclear power sector."

Other new provisions highlight that the central government will be the sole authority to grant business permits directly to companies engaged in radioactive minerals mining, or development and/or operation of nuclear power plants.

If approved, this will be a significant change to the old law that strictly requires the private sector to partner with the government-sanctioned National Nuclear Energy Agency, or Batan, in nuclear energy development.

Indonesia has been harboring nuclear ambitions on and off since the establishment of Batan in 1958. The agency currently runs three research-scale nuclear reactors in the country with a combined capacity of around 30 megawatts. Strong public resistance, however, has long dented any large-scale development, mainly due to concerns over corrupt and incompetent bureaucracies and the archipelago nation's susceptibility to earthquakes.

Proponents argue nuclear is cheaper than other renewable energy sources, and so will help Indonesia boost the renewables portion in its energy mix, up from the current 12%. Of Indonesia's 69 gigawatts of installed capacity last year, coal still dominated at 60%, followed by gas at 23% and fuel oil at 4%. The government is targeting an increase of 23% by 2025 for renewables.

Indonesia's Energy Minister Arifin Tasrif said during a hearing with lawmakers in January that nuclear is the "last option" in the national energy development plans. But the inclusion of the new nuclear provisions in the omnibus bill has raised questions. 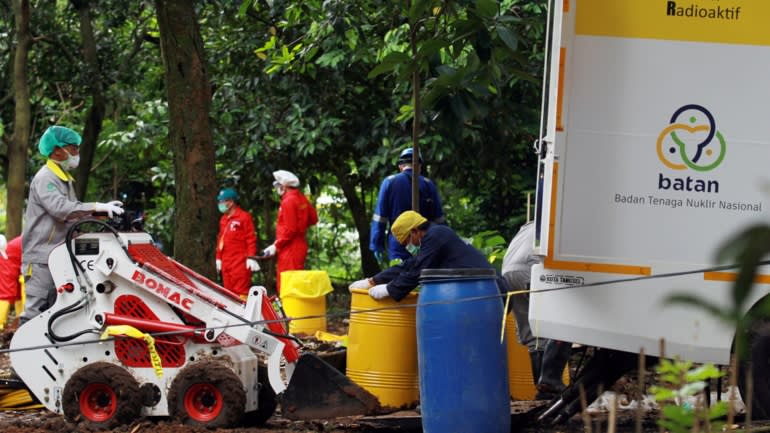 The National Nuclear Energy Agency of Indonesia (BATAN) and Nuclear Energy Regulatory Agency (BAPETEN) decontaminate soil that has been exposed to radioactive waste in the residential area of Batan Indah, near Jakarta, last month.   © Reuters

In the Philippines, the government's interest in nuclear power comes amid warming ties with Russia, which proposed nuclear power projects for the country during Duterte's visit to Moscow in October. Russia's Rosatom State Atomic Energy Corporation would conduct a pre-feasibility study for small modular nuclear reactors, Cusi said last year.

Another proposal under consideration is to revive an existing nuclear power plant on the Bataan Peninsula, west of Manila. Southeast Asia's only fully-constructed nuclear power plant was built there during the era of former President Ferdinand Marcos, but after his ouster and the Chernobyl disaster in 1986, the government shuttered the facility before it ever came online. Russia suggested that the Bataan plant can be made operational with $3 billion to $4 billion in repairs.

The Philippines has among the highest electricity prices in Asia and is sometimes hit by rolling blackouts in summer -- when demand peaks -- or when power plants undergo maintenance. In 2018, 52% of Philippines power requirements were sourced from coal, 23% from renewable energy, 21% from natural, and the rest from oil-based sources like diesel and gas turbine.

Fitch Solutions said that, if it is successfully reintroduced into the country's energy mix, nuclear could provide "substantial upside risk" to the research agency's forecasts for the Philippines' energy sector. "Philippines is set to see a power demand surge over the coming years driven by strong macroeconomic and demographic growth, along with government goals to achieve a 100% electrification rate by 2022," Fitch said in a note.

Indonesia and the Philippines are not the only Southeast Asian nations with nuclear plant aspirations. Against a backdrop of surging energy demand and a backlash against coal -- including from a growing number of investors -- other emerging economies in the region have had nuclear programs at one point or another.

In 2016, Vietnam was preparing to build a nuclear plant before the National Assembly halted the project later the same year. In 2017, Thailand signed an agreement with China to cooperate on the peaceful use of nuclear energy. Malaysia had targeted having its first nuke plant by 2021, and extended it to after 2030, before Mahathir Mohamad said no to nuclear when he became prime minister in 2018.

But the Fukushima nuclear accident in 2011 is still fresh in many memories and continues to fuel strong opposition. Environmental activists challenge the claim that nuclear is a cheaper alternative to some renewable energy resources, citing the huge cost of cleanup in the event of a disaster.

"Nuclear is not a cheap source of energy. The bill has wrongfully translated what Indonesia needs to transition into clean and safe energy. When developed nations like Germany and Japan have begun to abandon [nuclear power], Indonesia is instead walking backward," said Satrio Swandiko, climate and energy campaigner at Greenpeace Indonesia.

He further called the plan to build the thorium-fueled nuclear reactor -- which has never been commercially operated anywhere in the world -- "a gamble with huge risk of losses." Proponents of thorium argue it is safer than uranium and less likely to be developed into nuclear weapons.

Daine Loh, power and renewables analyst at Fitch, said that with the Bataan plant, the Philippines has a better chance to be more advanced in nuclear technology compared with the rest of Southeast Asia.

However, Loh added, "It's quite unlikely for nuclear development to occur anywhere in the SEA region over the coming decade for largely the same reasons -- very high costs (particularly for emerging markets), safety considerations and long lead times for these projects to be constructed/come into operation."