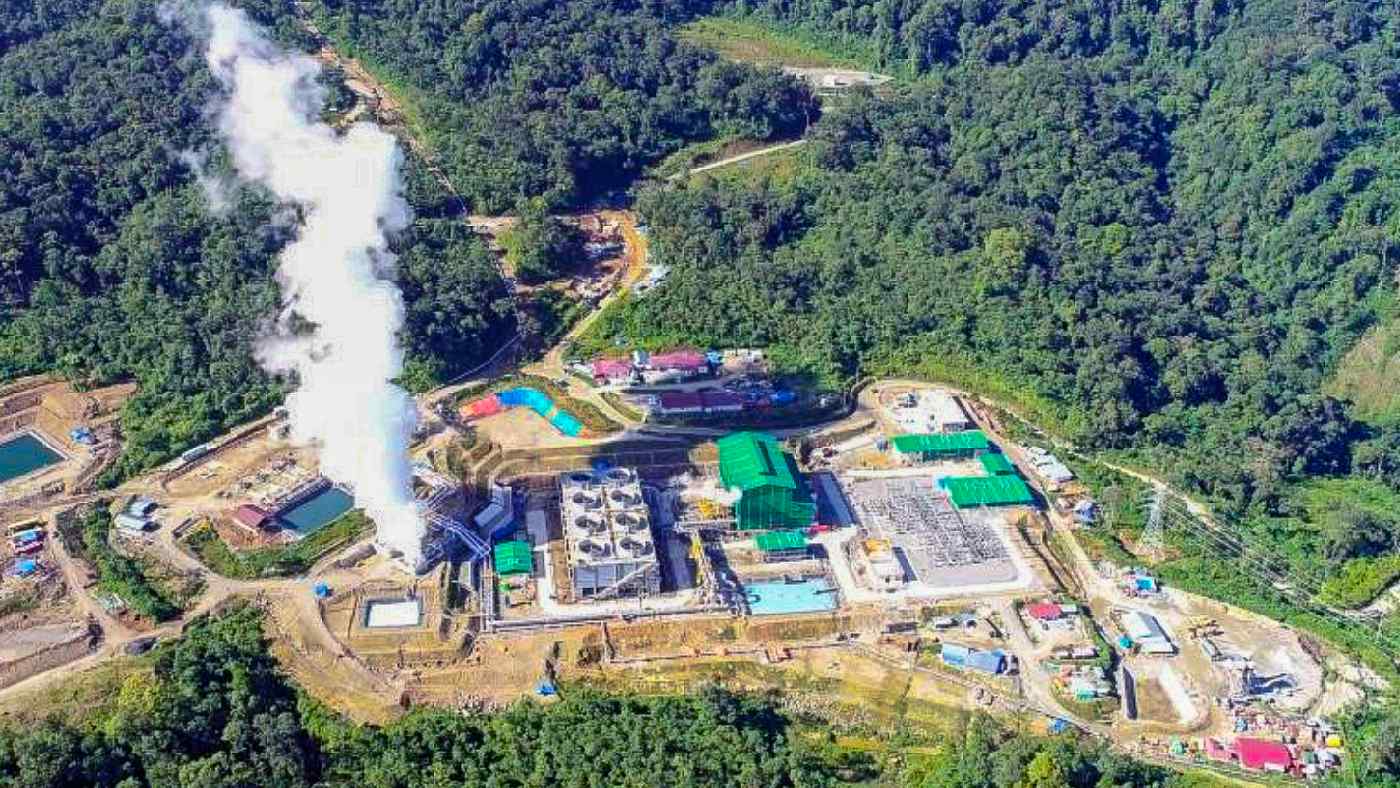 TOKYO -- Sumitomo Corp. has joined geothermal power projects in Indonesia designed to eventually generate 400 megawatts worth of electricity, a small step toward the trading house's long-range goal of deriving 30% of its total power output capacity from renewable sources.

If the projects go well, Sumitomo intends to use them as steppingstones into the geothermal power generation business in the Philippines and the U.S.

But taking the geothermal route is risky, and companies have been reluctant to participate in projects that harness the planet's thermal energy because of the large investments needed.

As the first of two joint projects in the nation, Sumitomo and its partners this month have begun operating the Muara Laboh geothermal power plant in the central part of Sumatra. The facility was built at a cost of 70 billion yen ($640 million). The 85 MW plant is capable of supplying electricity to 420,000 households.

It is Sumitomo's first concession in geothermal power generation.

Sumitomo and Engie of France each own 35% of the plant, with Supreme Energy of Indonesia holding a 30% stake. Power will be supplied to PLN, the Indonesian state-owned electricity utility, at a fixed price for 30 years.

In 2023, Sumitomo will join Engie and other partners in building a geothermal plant capable of generating up to 220 MW in Rajabasa, at the southern tip of Sumatra. Plans are for the plant to begin operating in 2025.

With other plans calling for the Muara Laboh facility to be expanded, Sumitomo's interest in geothermal power generation could reach around 400 MW.

Coal is the main fuel for power generation in Indonesia, but the country is the world's second largest geothermal power producer after the U.S. It plans to increase the generation of geothermal power from 2,000 MW at present to 6,000 MW by 2028 to cover 10% of domestic electricity consumption.

The Indonesian government has been luring foreign capital to its geothermal sources by offering tax breaks for developers and purchasing electricity from them at fixed prices on long-term bases.

Itochu, another Japanese trading house, has 330 MW of geothermal power generation facilities in Indonesia, having lifted the total in stages since 2017.

And Marubeni, another of Japan's major trading companies, in August will begin operating a 100 MW plant in collaboration with Tohoku Electric Power, Engie and other partners.

For geothermal power generation, trading houses have mainly built facilities on behalf of electricity generators. But they have increasingly begun operating plants to raise the ratio of the renewable energy sources to power generation facilities they own.

One thing geothermal has going for it is that it is more stable than wind power and sunlight.

Sumitomo plans to raise the ratio of renewable energy sources to its total power output capacity to 30% by 2035 from the current 20%.