Tokyo and Washington to discuss cutting energy dependence on Russia 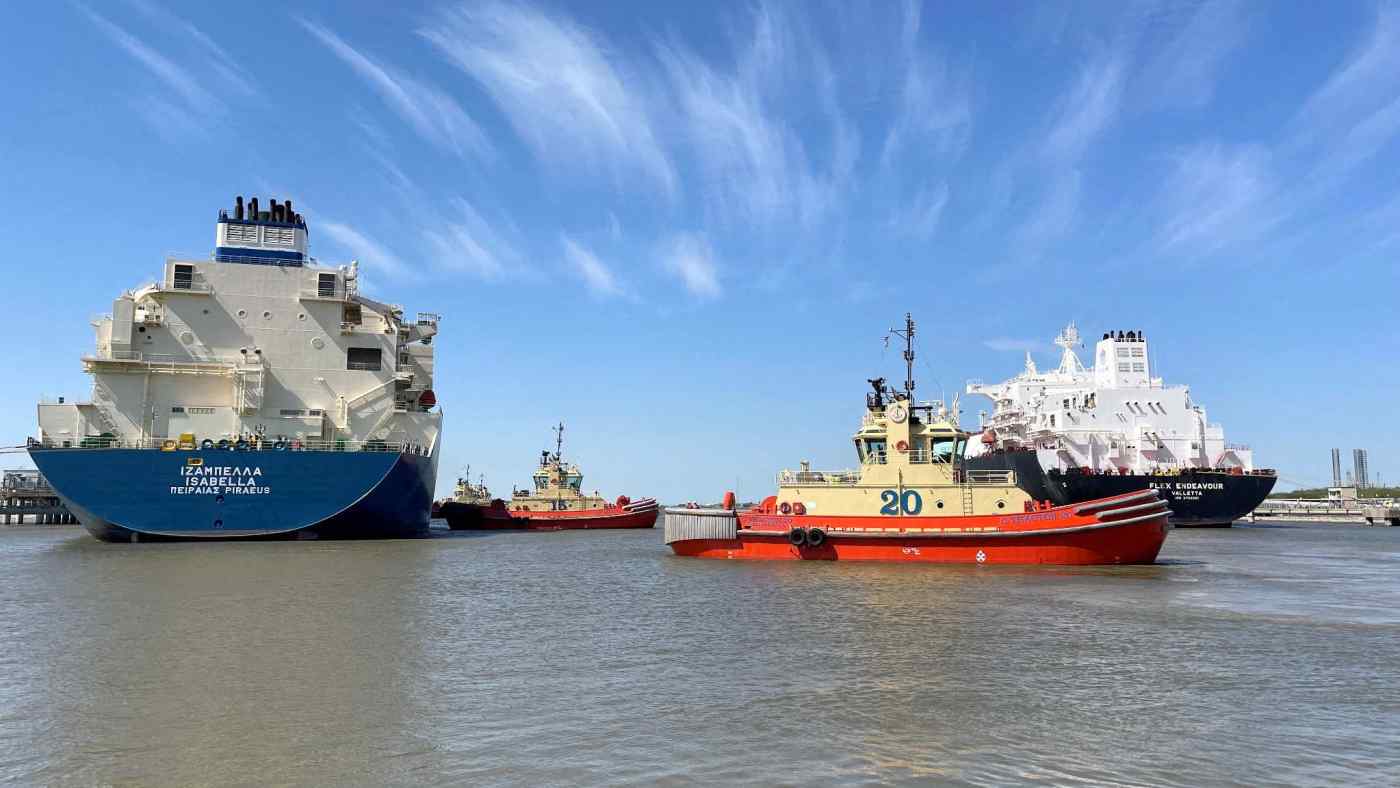 WASHINGTON/TOKYO -- Japan will consider providing financial support to boost production of liquefied natural gas in the U.S., Nikkei has learned, as it seeks to lessen its energy dependence on Russia following Moscow's invasion of Ukraine.

Koichi Hagiuda, Japan's minister of economy, trade and industry, is visiting the U.S. and will meet with Energy Secretary Jennifer Granholm on Wednesday. They expect to agree on forming a bilateral consultative body devoted to green energy and energy security.

Hagiuda and Granholm also are to issue a statement expressing the importance of U.S.-produced LNG and affirming that expanded American output would help stabilize global energy supplies.

Senior Japanese officials will meet to advocate for expanded American production of LNG. They plan to increase investment for existing projects in the U.S. through Japan Oil, Gas and Metals National Corp., the state-owned explorer known as JOGMEC.

Compared with developing projects from scratch, this approach is seen as a less risky option to boost LNG output quickly. JOGMEC can provide 75% of the funding if necessary.

Debt guarantees also will be on the table. The financial support is expected to go toward projects in the U.S. where Japanese companies are involved.

Last year, Japan imported 74.32 million tons of LNG. Of that volume, 8.8% came from Russia while 9.5% was of U.S. origin. If production grows in the U.S., the exposure to Russia will be mitigated. Other countries also are counting on the U.S. to increase supplies. Europe imports 40% of its natural gas from Russia.

The shale revolution expanded production capabilities for LNG. U.S. capacity is expected to hit roughly 101 million tons for 2022, up 20% from a year earlier for the largest potential production worldwide, data from the U.S. Energy Information Administration shows.

The planned expansions of the Cameron and Freeport developments, along with the Corpus Christi Stage 3 project in Texas, will boost production 20% by themselves.

The U.S. ranked third in LNG exports by volume in 2020 after Australia and Qatar, data from BP shows. American exports made up over 10% of the total. The expanded production could push the U.S. to the top spot as early as next year.

Japanese funding would put the U.S. on track to further outstrip Russia in terms of capacity.

The two sides will jointly formulate goals and timetables for each of the eight areas. The framework for energy security will be overhauled in response to the fallout from the war in Ukraine.

At this stage, Japan has not banned imports of Russian-produced resources. In the European Union, there is a proposal to suspend imports of Russian petroleum on top of a coal phaseout. This proposal once again puts Japan's response to Russia under international scrutiny.