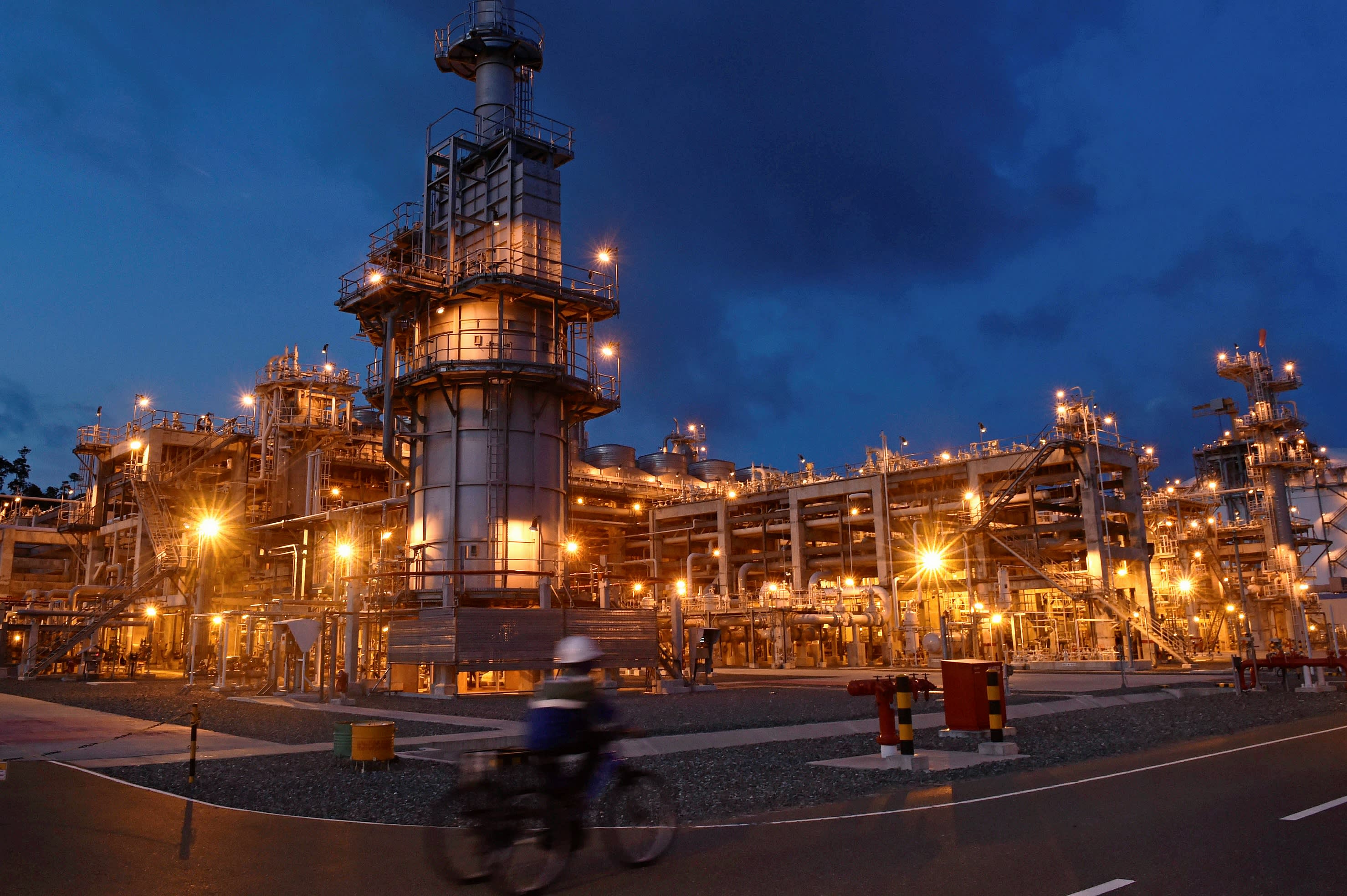 An LNG plant in Banggai, Indonesia: The country has long been an exporter of the gas but is expected to require imports.   © Antara Foto via Reuters
YUJI OHIRA, Nikkei staff writerNovember 14, 2017 11:50 JST | Japan
CopyCopied

JFE Engineering is set to participate in a project to run an LNG-receiving terminal in Indonesia. It will partner with a local company to invest more than 20 billion yen ($176 million) in the facility.

Tokyo Gas, meanwhile, has set up an office in Bangladesh to pursue an order there.

Demand for LNG is expected to soar as Asia's economies grow. Japan is the world's biggest importer of the gas, and its energy companies hope to leverage their expertise to provide infrastructure across the region.

JFE Engineering has agreed with Medco Energi Internasional, a major power company in Indonesia, to build an LNG terminal on the island of Batam. The partners will set up a joint company to operate the facility. Imported LNG will be regasified at the site and sold as fuel for electricity generation.

The Japanese side plans to invest up to 1 billion yen in the joint operating company. It will also seek a few other partners at home and abroad, including trading and energy companies. The whole project is estimated to cost 20 billion yen to 30 billion yen, factoring in bank loans. JFE Engineering will start designing the terminal in January and aims to finalize the plans by 2019.

JFE Engineering has built 30% of the LNG terminals in Japan, but this will be its first experience operating one. Reckoning that building the terminal in Indonesia would be expensive, the company decided to contract out the construction and only provide technology, such as for regasification and storage.

Batam currently draws LNG through pipelines from aging gas fields in neighboring Sumatra. The island is expected to have to start importing LNG around 2022 or 2023. To meet local energy needs -- about 350,000kW to 500,000kW -- the new terminal will have the capacity to receive 1 million tons a year.

Natural gas is a relatively clean fuel, in terms of greenhouse emissions. This makes it an attractive option for emerging Asian countries with growing fuel needs. Indonesia has long been an LNG exporter, but it is expected to require imports as consumption rises.

Global demand for LNG came to 258 million tons in 2016, according to a study by a U.S. research company. Japan was the No. 1 consumer, accounting for 30%. By 2030, demand is expected to nearly double to 479 million tons, driven by South and Southeast Asian countries.

Tokyo Gas is also eager to provide LNG terminals in the region.

The company has dispatched three employees to its new office in Dhaka. Through next July, the office will take part in state-run Petrobangla's feasibility study on the construction of an LNG terminal. Petrobangla hopes to have a terminal up and running by 2022. Tokyo Gas wants to win the order for operation and maintenance, too.

Over in the Philippines, Tokyo Gas aims to build and operate an LNG terminal along with a thermal power station. The company notified the government of its plans in late October.

Tokyo Gas is considering similar projects in Vietnam and Indonesia as well.