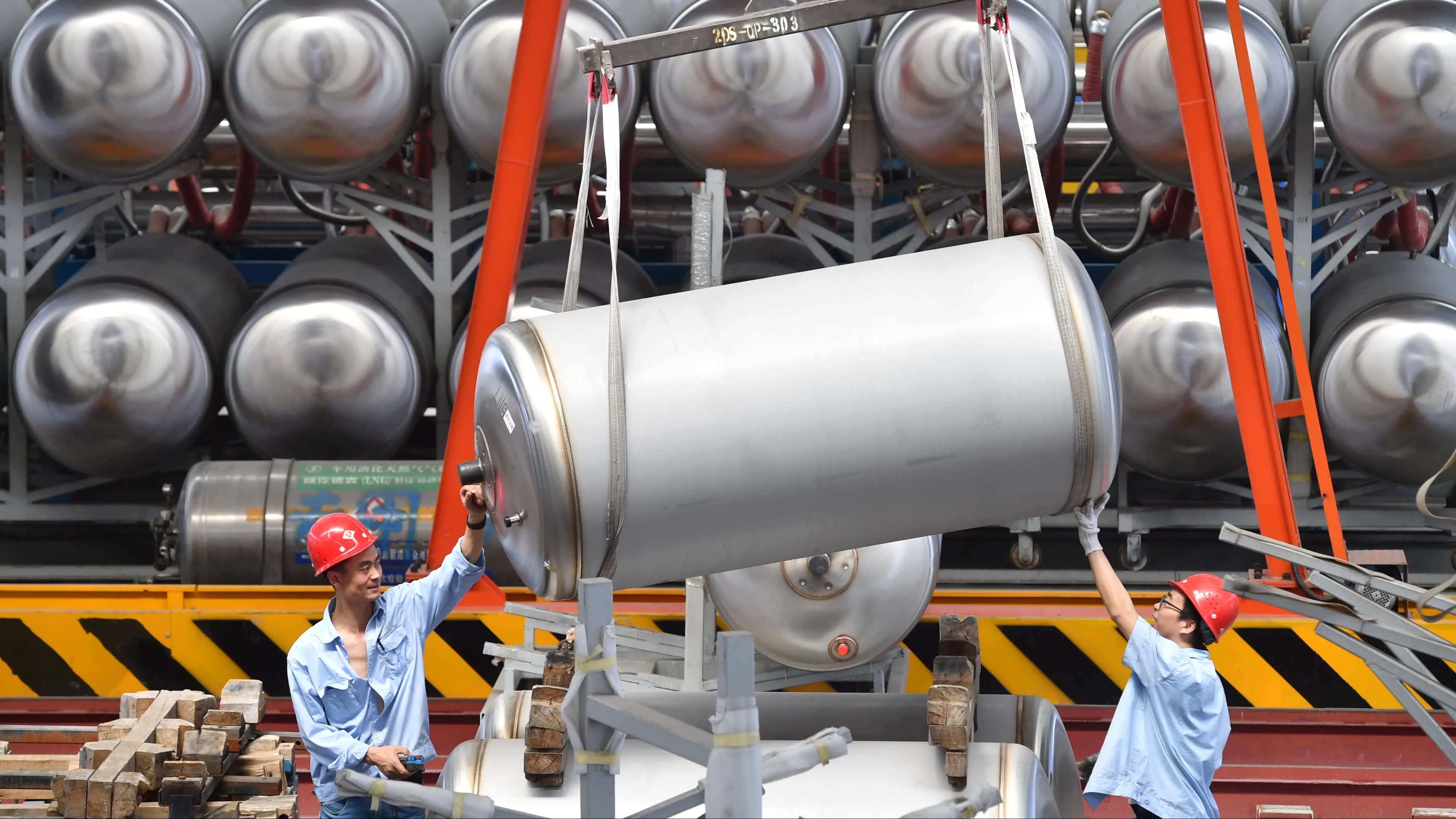 A liquefied natural gas plant in Xi'an, China. Japanese utilities are selling their LNG surplus to China where consumption is strong.   © Reuters

TOKYO -- Local Japanese gas companies are shipping unsold inventories to Chinese clients in relatively small amounts now that demand at home has stagnated and parts of China unserved by pipelines are eager to buy.

Shizuoka Gas shipped five 18-ton containers of liquified natural gas last year to the oil major PetroChina on a trial basis. The Japanese company aims to finalize a three-year supply deal later this year, which will transfer tens of thousands of tons of LNG annually.

LNG is normally ferried by large vessels with 70,000-ton capacities. Instead, Shizuoka Gas will parcel out LNG in 18-ton containers to fulfill a demand in China for smaller purchases that has been growing for the past two or three years.

Because many areas in China have no access to pipelines, a large number of traders use trucks or small ships to transport the fuel in the containers.

In Shizuoka Gas's home in Shizuoka Prefecture, demand for gas has dropped off mainly because of factory closures. Shizuoka Gas signed long-term contracts to purchase roughly 1.2 million tons of LNG a year, but sells only 1 million tons in Japan annually.

That leaves 100,000 tons to 200,000 tons of surplus LNG each year. Shizuoka Gas's three-year plan is to sell about 100,000 tons annually in containers to small-lot clients in China and elsewhere.

Chubu Gas signed long-term LNG purchasing agreements, but the utility is losing customers to Kyushu Power, which started selling natural gas after the market was deregulated. To offset this, Chubu Gas will sell unsold LNG to China.

Reselling LNG has become necessary to mitigate extra costs that come with shrinking demand. LNG purchasers are normally required to pay breach of contract fees if they do not claim agreed-upon volumes. Resales have mounted especially among rural gas companies.

Mitsubishi's trading business, which began in 2013, processed nearly 3 million tons of LNG spot trades in fiscal 2018, or three times the volume in fiscal 2017. What was once a roughly 20-person trading desk two years ago has expanded to about 80, forming one of the biggest teams in Japan.