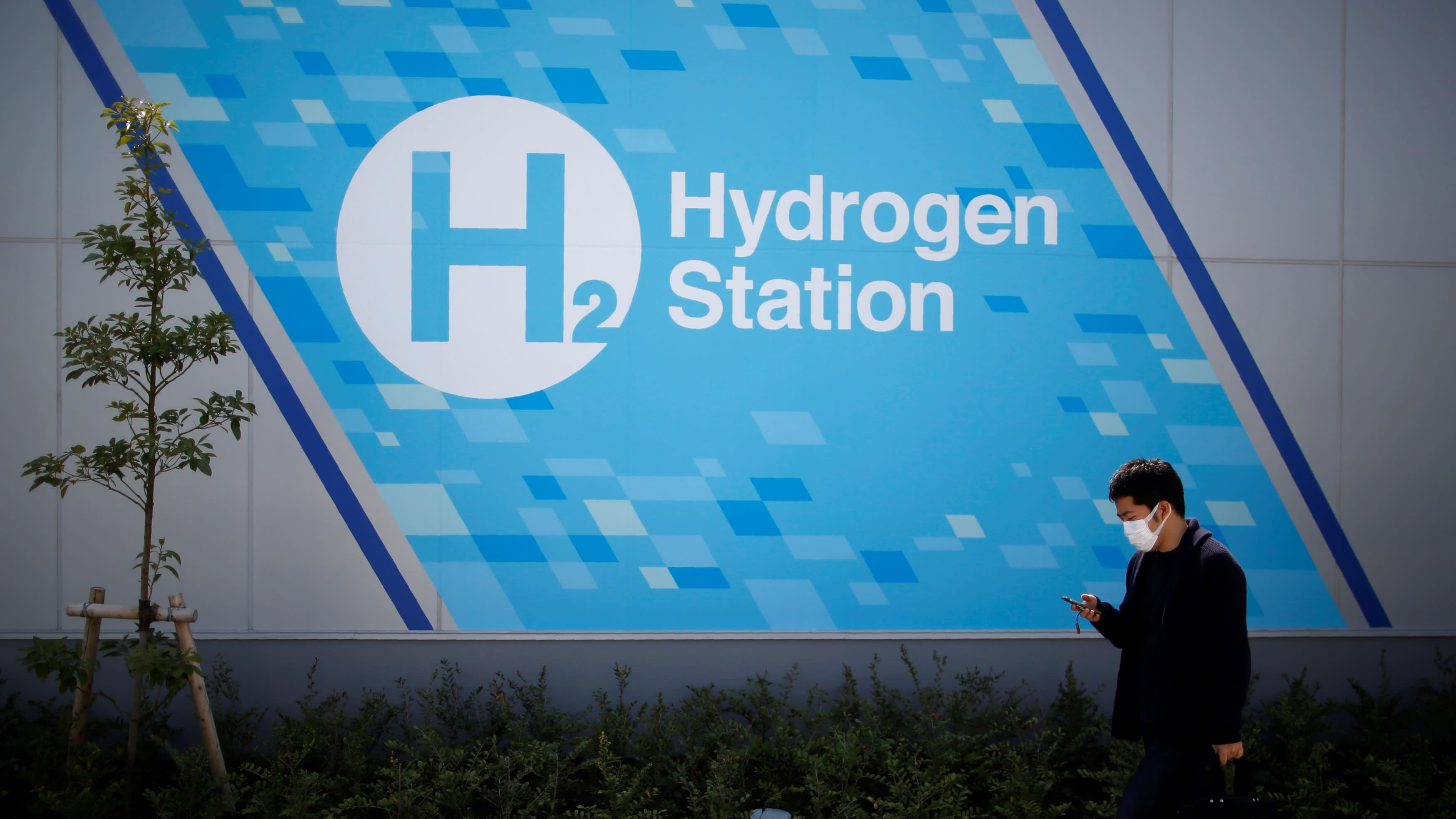 TOKYO -- Japanese engineering company Chiyoda has developed technology for transporting hydrogen at ambient temperature and pressure, a breakthrough that could accelerate its spread as an alternative to carbon-based fuels.

Chiyoda, along with Mitsubishi Corp., Mitsui & Co. and Nippon Yusen, will soon launch a feasibility study toward their goal of bringing the technology to market in the mid-2020s. They plan to mainly tap demand for use in hydrogen-fueled power plants and chemical production through their consortium, the Advanced Hydrogen Energy Chain Association for Technology Development.

Chiyoda and Mitsubishi have also signed a memorandum of understanding with five Singaporean companies toward commercializing the technology there in 2030. One utility is considering injecting hydrogen into gas pipelines, while a port operator is looking to fuel ground vehicles with hydrogen.

The push to reduce carbon emissions has been gaining momentum across the world. Japanese Prime Minister Yoshihide Suga last year pledged to achieve net-zero greenhouse gas emissions by 2050, and the government has heavily promoted research and investment into hydrogen.

But hydrogen is difficult to transport as a gas. And liquefying it requires a temperature of minus 250 C, and specialized equipment is needed for storage and transport. A Chiyoda facility in Kawasaki, Japan. The company has devised a method to extract hydrogen from MCH, a compound that can be transported in regular oil tankers as opposed to special ultracold containers. (Photo courtesy of Chiyoda)

Chiyoda has overcome those obstacles by finding a way to efficiently extract hydrogen from methylcyclohexane, or MCH, a compound that forms when combining the gas with toluene. MCH can be transported in standard oil tankers as a liquid and stored for at least two years.

The four companies spent 10 months testing the concept in large cross-border shipments. They created MCH from hydrogen produced at a natural gas plant in Brunei. The chemical was then shipped to the Japanese city of Kawasaki to be split back into hydrogen and toluene. The hydrogen was used in power generation, while the toluene was brought back to Brunei for future shipments.