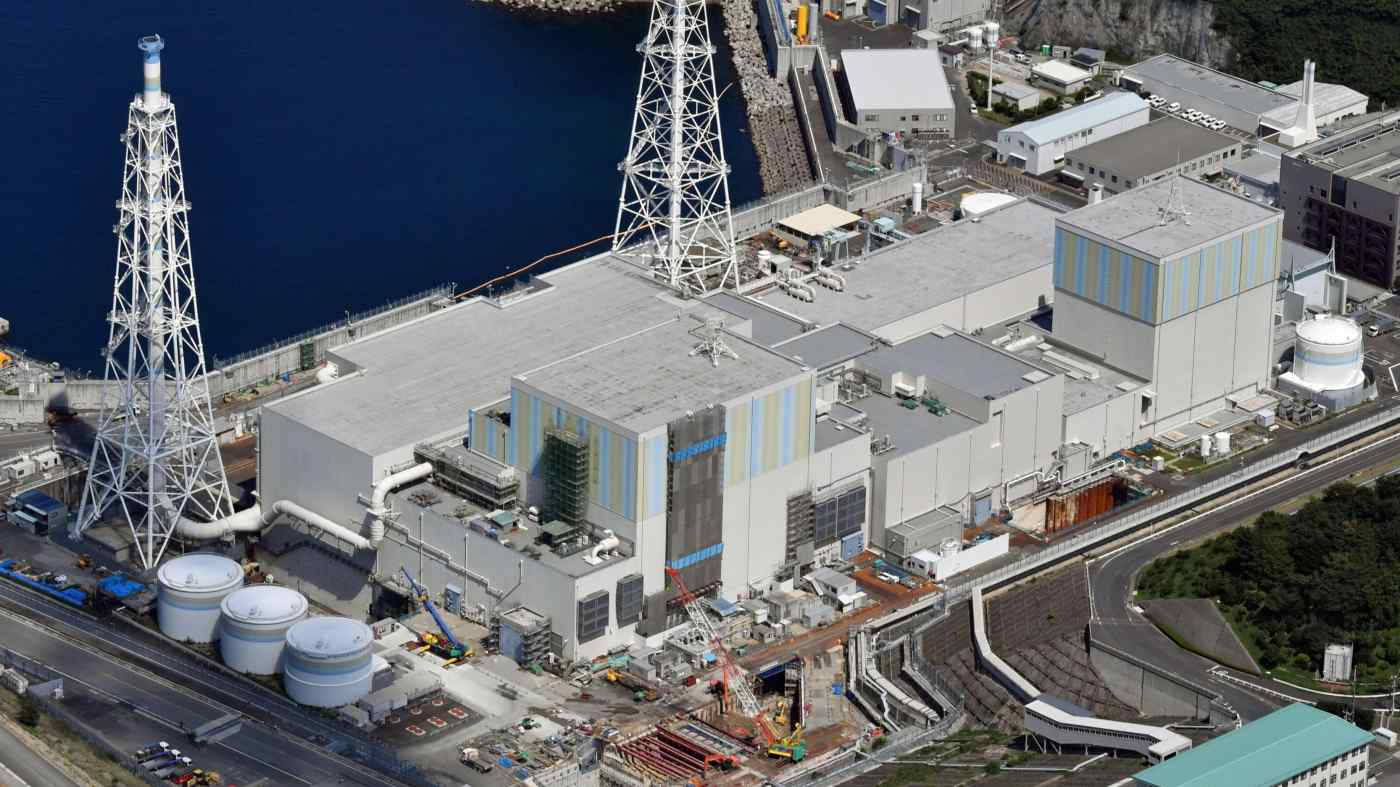 MATSUE, Japan (Kyodo) -- Shimane Prefecture in western Japan approved Thursday a plan to restart a nuclear reactor of the same type as those that suffered meltdowns at the Fukushima Daiichi plant following the massive 2011 earthquake and tsunami.

The green light for the No. 2 unit at Chugoku Electric Power Co.'s Shimane nuclear plant in the prefectural capital of Matsue was announced by Gov. Tatsuya Maruyama in a prefectural assembly session.

The company is seeking to restart the reactor in 2023 at the earliest. Inactive since 2012, it will likely be the country's first boiling water reactor to be restarted since the Fukushima disaster.

Japan has been gradually restarting idled nuclear plants. But the reactors brought back online have been so far limited to another type -- pressurized water reactors.

"I understand that (nuclear power) plays a certain role" in Japan's energy policy, Maruyama said. "I thought that restarting is unavoidable at present, so I decided to accept it."

Some residents visited the assembly to hear the governor's remarks from the audience seats.

"I have opposed nuclear plants. Not to mention the danger, I think it is very unstable as an energy source. I want (the governor) to work by looking at citizens, not the state," Masafumi Ashihara, a 72-year-old civic group member, said.

The Shimane plant is the only one in the country located in a prefectural capital. It is some 9 kilometers away from the prefectural government office.

In Japan, evacuation plans must be formulated for people living within 30 km of a nuclear plant.

About 460,000 people in six cities across Shimane and Tottori prefectures live within the evacuation area for the Shimane plant. The other heads of local governments in the area have already approved the plan to restart the reactor.

Chugoku Electric cleared national safety standards in September 2021 for restarting the reactor. The utility is scheduled to complete its safety measures next February.