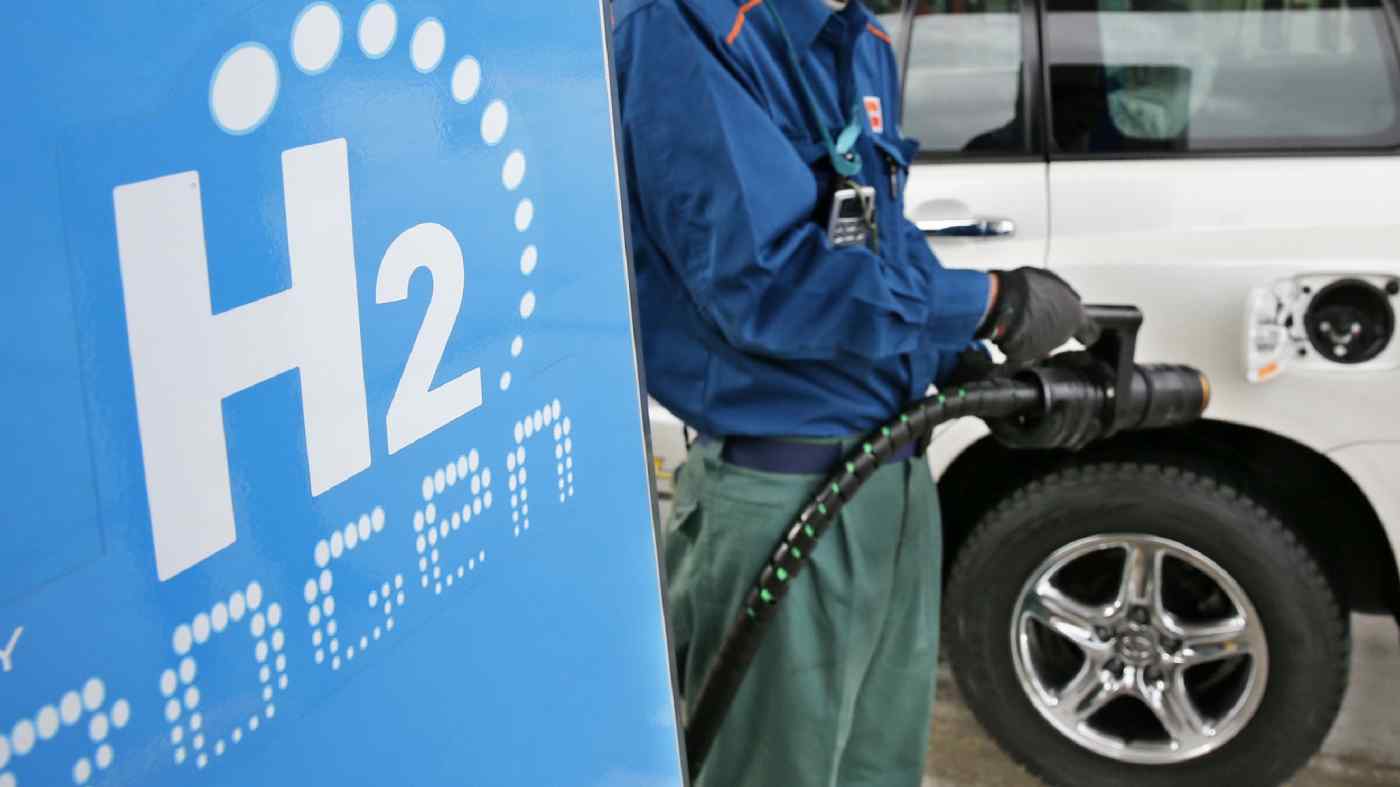 TOKYO -- Japan plans to build a hydrogen supply network that includes Australia and Brunei as it aims to import 300,000 tons of the fuel a year by around 2030.

Hiroshi Kajiyama, minister of economy, trade and industry, laid out a vision of a hydrogen-based society Wednesday at the virtual Hydrogen Energy Ministerial Meeting. Proof-of-concept trials will be conducted ahead of the full-fledged launch of shipments.

The three countries will work together to bring down costs for hydrogen to make it competitive with fossil fuels, laying a feasible path to reducing the carbon footprint.

Key to low-cost hydrogen will be its extraction from lignite coal, which is abundant in Australia. Because of its poor quality, lignite is not extensively shipped around the world and costs are low.

A trial operation will be set up in Australia to separate hydrogen from lignite. Carbon emissions during the hydrogen production process will be reduced via capture and storage technologies.

The world's first liquid hydrogen carrier ship, built by Kawasaki Heavy Industries, will start transporting the hydrogen to Japan as early as February or March.

In Brunei, a plant that extracts hydrogen from natural gas was completed in 2019, and shipments to Japan have already begun.

The Japanese government aims to lower the cost of hydrogen to 30 yen (28 cents) per so-called normal cubic meter by around 2030. The eventual goal is approximately 20 yen.

Hydrogen would then be considered a fuel competitive with liquefied natural gas after factoring in the lighter burden on the environment.

The targeted 300,000 tons of hydrogen would be roughly equivalent in output to a nuclear reactor.

The government looks to have hydrogen achieve the same cost-competitiveness as LNG power generation. For this to happen, the volume of hydrogen procured would have to reach roughly 5 million tons to 10 million tons a year.

While Japan looks abroad for hydrogen, more domestic companies are starting to produce it at home. This year, one of the biggest hydrogen extraction facilities began operation in Fukushima Prefecture. Electricity derived from solar panels separate hydrogen from water. Output of the hydrogen is said to be enough to fill up 560 fuel cell vehicles a day.

Both Australia and Brunei depend on exports of coal and crude oil. Facing pressure to back away from coal, they will partner with Japan in trading hydrogen.