Japan to trade credits for carbon cut by individuals at home

Tepco and SoftBank among backers of blockchain system launching this month 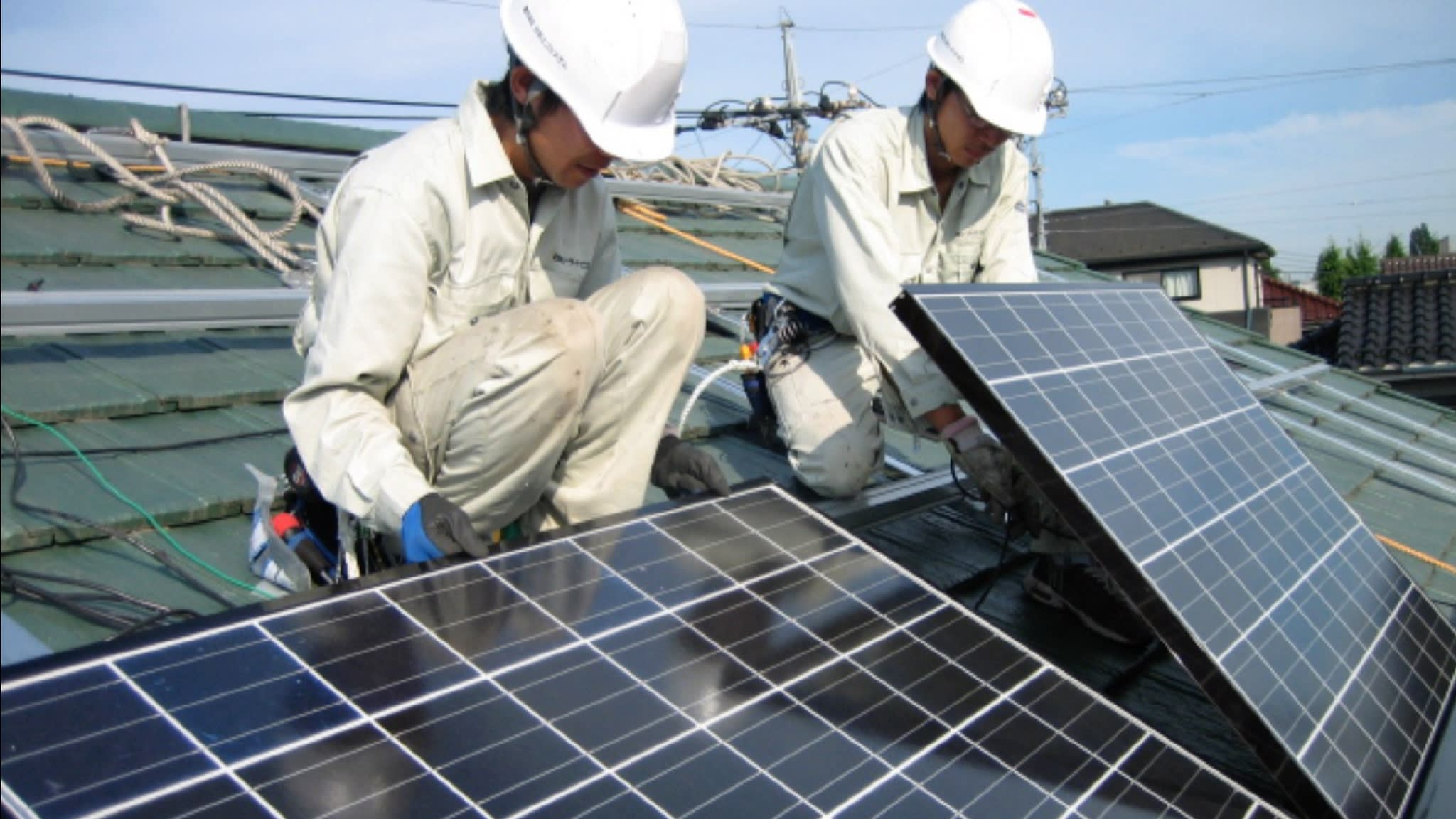 TOKYO -- Japanese consumers who power their homes with solar panels installed on their roofs will be able to sell credits for reducing carbon dioxide emissions under a framework set to launch this month, Nikkei has learned.

Companies backed by the likes of Tokyo Electric Power Co. Holdings and SoftBank Corp. will set up the online trading system, with the goal of further spreading renewable energy by assigning monetary value to carbon reductions.

Japan's feed-in tariff program -- through which power suppliers buy renewable energy produced by businesses and individuals at fixed rates -- is set to be phased out from November. As a result, home owners are expected to consume more of the energy themselves. By selling carbon credits, those consumers will be able to make up for the decline in sales to power utilities.

Partners in the project include a joint venture of Tepco and housing materials company Lixil Group; Ubiden, a SoftBank-backed energy company; and Denryoku Sharing, which brokers energy. The program has the backing of the Environment Ministry.

Smart meters will track how much of their solar-panel-generated energy households use. The resulting credits will be linked to users via blockchain, the technology underpinning such cryptocurrencies as bitcoin.

Carbon credits will be traded as equivalents of the amount of renewable energy needed to offset the global warming gas. If power is sold at about 5 yen (4.7 cents) per kilowatt-hour, a typical family of four would earn about 20,000 yen a year if it has storage batteries or about 4,000 yen a year if it does not. Retailers and electric-vehicle rental operators are envisioned as among the possible buyers.

Buyers and sellers will make deals through a dedicated smartphone app that will also show information on where the emissions offsets stem from. In 2020, the program's builders aim to get 10,000 users on the platform and to start collecting a roughly 10% fee on transactions.

A growing number of Japanese businesses, including retail giant Aeon and electronics maker Fujitsu, have begun aiming to go carbon-neutral by covering all their energy needs with renewables. Green power is generally costly, making it difficult for smaller businesses and sole proprietors to procure. If the concept of selling carbon offsets from home producers catches on, it could widen the use of and access to renewable energy.