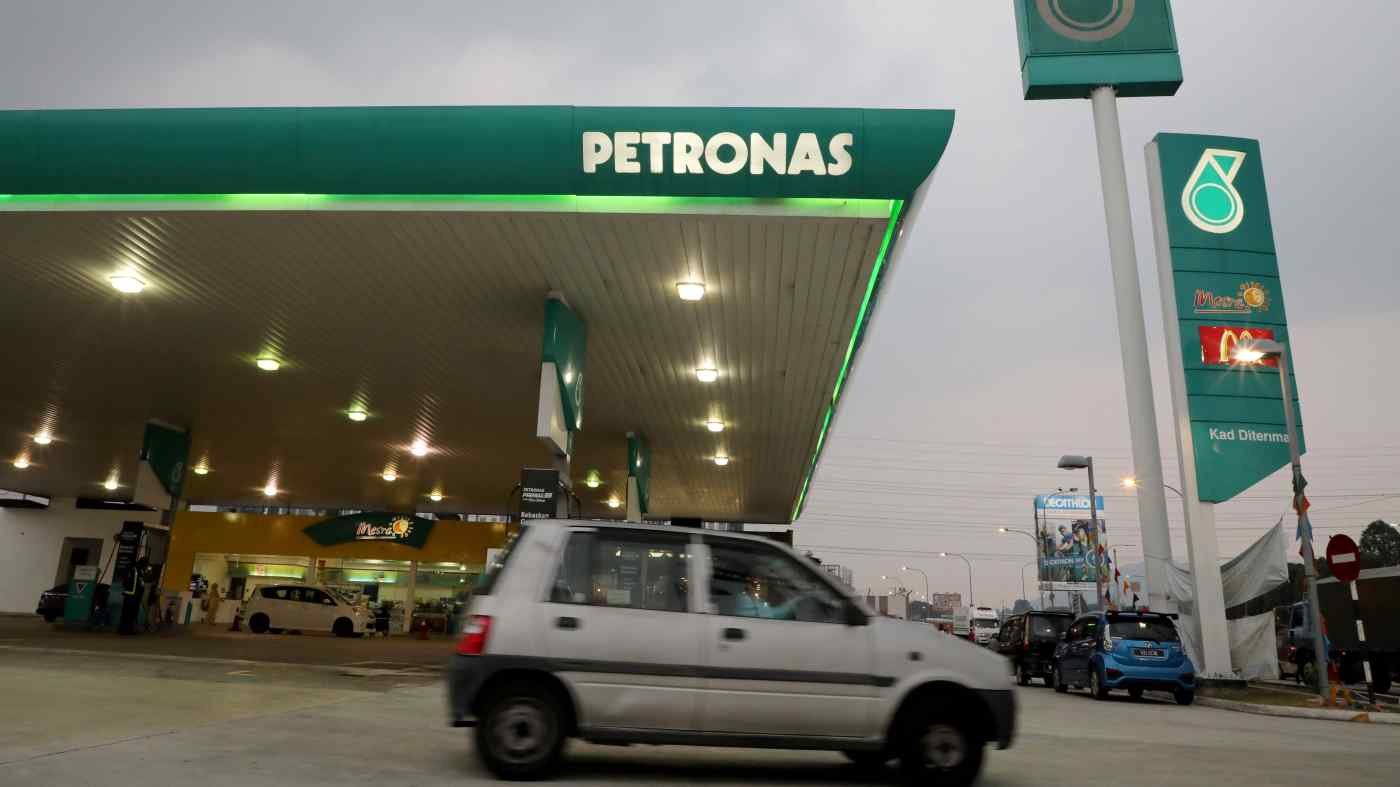 KUALA LUMPUR -- Malaysia's state energy company Petroliam Nasional, known as Petronas, on Friday reported a net loss of 21 billion ringgit (about $5.06 billion) for the three month period through June, registering its first quarterly loss since the fourth quarter of 2015 fueled by a plunge in oil prices and weak demand due to the COVID-19 pandemic.

Petronas had registered a net profit of 14.7 billion ringgit in the second quarter last year.

Speaking at a news conference on Friday, Petronas President & CEO Tengku Muhammad Taufik said the company, similar to global peers, suffered from unprecedented "twin shocks," namely the plunge in oil price alongside weaker demand arising from the collapse of the OPEC+ alliance combined with the global lockdown triggered by the coronavirus.

"We are seeing green shoots for consumption recovery globally with the easing of the lockdown," he said. "For now, we see a recovery in the second half of next year, where demand might meet 2019 levels."

To mitigate the impact, Petronas said it would embark on a company-wide pay cut and review investments and capital expenditures. The company has decided to shave 21% from its planned capital expenditure of 50 billion ringgit while operating outlays will also be reduced by 12% throughout this year.

A reduction in Petronas' spending would mean fewer jobs available in the country's oil and gas industry.

"Petronas has always been mindful of its responsibility to its employees, as it is our most prized asset," Tengku Taufik said. "As such, we won't take this decision lightly and we will deliberate on all possible options."

He added: "I do not want to pursue the path of retrenchment or layoffs. We have to take shared pain." He also said that the scale of pay cuts are being discussed by the board of directors.

Petronas has also tasked a committee to take a fresh look at all of its businesses, reshape its portfolio and expand its presence in renewable energy.

He also said that Petronas, which contributes to a significant portion of Malaysian government revenue in the form of annual dividends, will find it challenging in meeting additional federal government obligations to fund post-COVID-19 economic stimulus packages. The Malaysian government is the company's sole shareholder.

Tengku Taufik said that the board will deliberate on the dividend amount after the fourth quarter. For 2020, the company has committed to pay 24 billion ringgit as a dividend to the federal government.

He described an "unprecedented situation" faced together by the company and the government, acknowledging that the latter needs to secure finding for the economic stimulus. But he said that the company's board must consider what it can do "subject to our affordability."