Doosan Heavy has struggled as atomic power is phased out 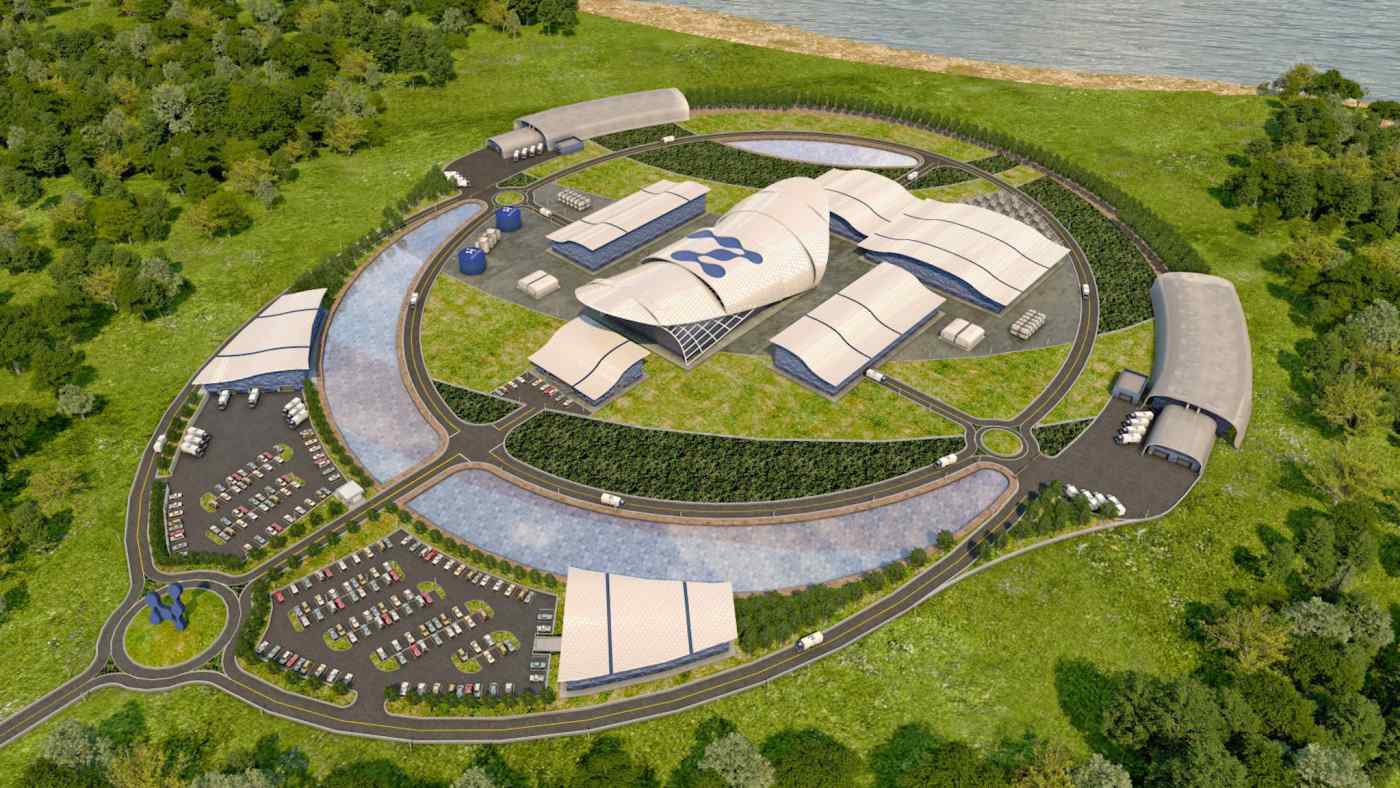 TOKYO --  Miniature nuclear reactors that use key components from South Korea's Doosan Heavy Industries & Construction have won first-of-its-kind certification for use in the U.S.

The U.S. Nuclear Regulatory Commission in late August approved the use of small reactor modules, or SMRs, for a project being undertaken by the American company NuScale Power. Doosan agreed to provide NuScale with enough reactor and turbine parts to build a 12-module plant under a $1.3 billion contract.

The project, commissioned by Utah Associated Municipal Power Systems, is due to break ground in 2023 with the plant slated to start up in 2029.

Each SMR unit is capable of producing 50 megawatts of power, or about 5% that of a conventional reactor. An SMR is considered a safer alternative since it can be cooled in a water tank, cutting out the risk of an accident due to problems with water pumps or the electrical source.

Doosan's SMRs are designed to be placed in underground water tanks. There is only a minor risk of reactors losing cooling capabilities due to earthquakes or other external factors.

Doosan has been in the nuclear business for four decades. In South Korea, the company was involved in constructing 24 reactors at five nuclear plants.

For Doosan, SMRs are a ray of sunshine for its restructuring. South Korean President Moon Jae-in has halted reactor construction projects in the country as part of his nuclear phaseout policy.

Doosan's thermal plant equipment business, as well as its plant construction arm, have slumped in recent years, bringing the company's finances to the brink. Doosan turned in net losses for six straight years through 2019. State-backed lenders have stepped in to bail out the company.

In 2009, Doosan was part of a public-private consortium that beat a Japan-U.S. group to win a contract to construct a nuclear plant in the United Arab Emirates. The plant concluded performance tests in September and will become fully operational next year.

SMRs also enjoy cheaper initial costs because they take less time to install. Critical components are finished entirely on the factory floor instead of being put together on-site.

One point against SMRs is that due to their limited output, they sacrifice power generation efficiency compared with large reactors. But if SMRs become widely adopted, economies of scale are expected to reduce total power generation costs.

Russia has put SMRs online, but they are still few in number. Along with the U.S., Canada and the U.K. are open to adopting the units. Approval by the U.S. regulatory commission is deemed an international standard for nuclear reactor designs. This milestone could accelerate the worldwide application of SMRs.

The NRC certification "will significantly impact the nuclear industry as a whole," said a representative from the Institute of Energy Economics, Japan, a think tank on energy and the environment.

SMRs are part of a South Korea public-private initiative to export System-integrated Modular Advanced Reactor technology across the globe.

About 650 employees, more than 10% of the total staff, have accepted voluntary retirement packages, and the company has divested mainline businesses, such as a construction and real estate unit, to shore up its financial base.

Japanese and U.S. companies are betting on SMRs as well. A joint venture between Hitachi and General Electric -- GE Hitachi Nuclear Energy -- is undergoing an NRC safety review for its SMR. Demand is anticipated from the replacement of gas-burning power plants, and adoption of the small reactors in Japan is part of the country's long-term energy goals.

Mitsubishi Heavy Industries looks to commercialize SMRs in the 2040s. The company is developing units that will work in power plants and onboard ships. Mitsubishi Heavy sees demand from island populations that wish to produce their own power.

The U.S. approval of the Utah project, which greenlights the $1.3 billion SMR order, will lead to an injection of much-needed capital. That and an agreement to sell off its construction equipment business have lifted Doosan's stock price.

SMRs are seen as a promising antidote to the trend away from nuclear power in Western countries, according to a source at a Japanese power company.

But mass production of inexpensive SMRs could risk nuclear proliferation. What to do with spent nuclear fuel remains a lingering issue.

"SMRs also produce [nuclear] waste," said Kazuaki Matsui, senior fellow at the Institute of Applied Energy, a Tokyo-based energy research group. "There needs to be plans for removal, such as deep substratum disposal."

The costs of solar and wind energy are coming down, which has fueled the worldwide stagnation in new nuclear plant construction. There were only three nuclear reactors either planned or being built in January, according to the Japan Atomic Industrial Forum. Just a single reactor is in the works in France.

On the other hand, Russian and China are gaining clout in the global nuclear industry by providing support for domestic technological development. This contingent is actively pursuing orders in Pakistan and other countries with insufficient power supplies.

Nuclear power backers in Japan and elsewhere are raising alarms over this trend.

"We should not let Russia and China claim a monopoly on nuclear technology," said one of the advocates.