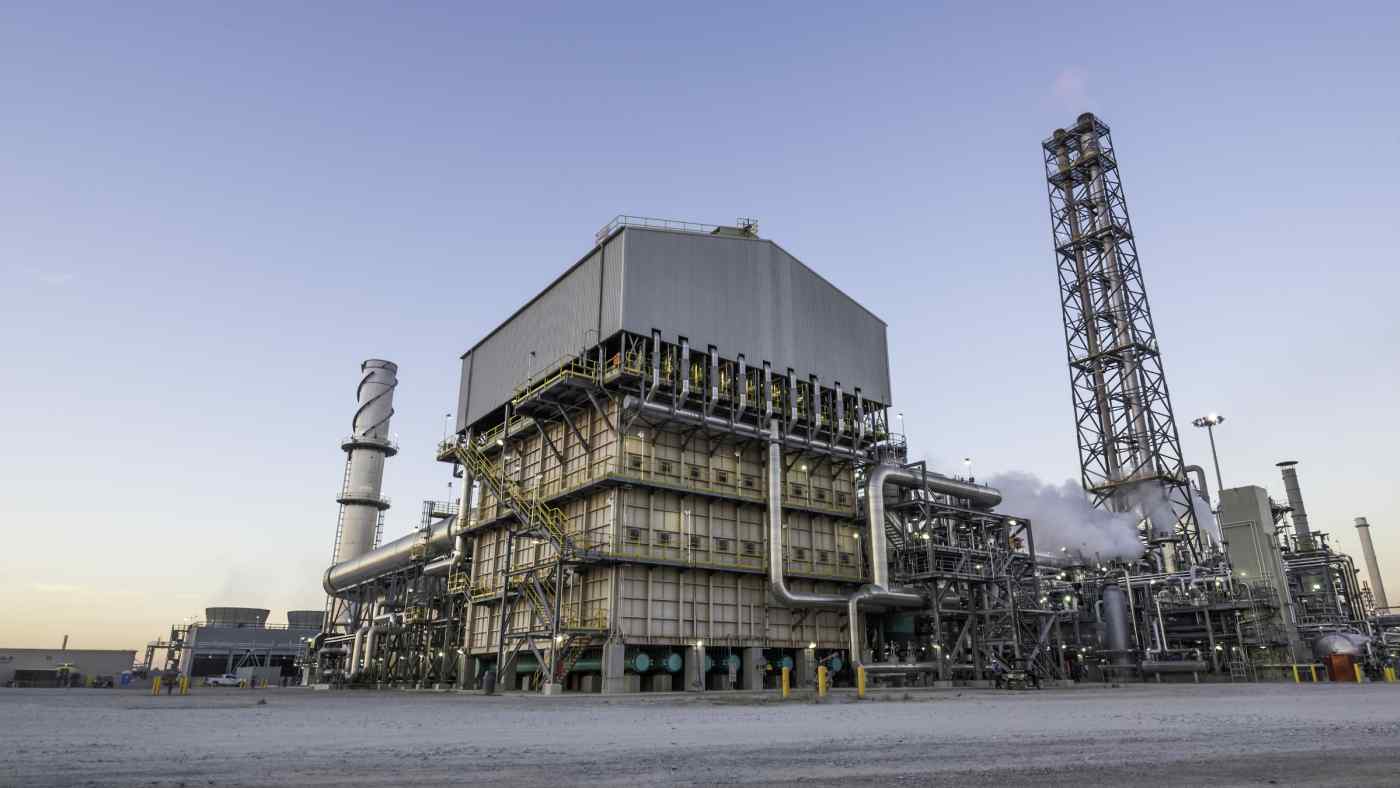 TOKYO -- Japanese trading house Mitsui & Co. will produce ammonia in the U.S. through a joint venture with a partner there, with the climate-friendly fuel to be shipped to Asia for use at power plants and factories.

Mitsui and CF Industries Holdings have announced that they will set up a joint venture in 2023 and finish construction on a U.S. ammonia production facility in 2027. The plant is expected to have an annual output capacity of 800,000 tons to 1 million tons, making it one of the world's largest.

Made from hydrogen and nitrogen, ammonia is now mostly used in fertilizer and for industrial purposes. It is seen as a next-generation clean fuel, along with hydrogen, because it burns without emitting carbon dioxide.

The joint venture will be a so-called blue-ammonia project, in which CO2 emissions from the production process are captured and sequestered underground.

CF will take a 52% stake in the joint venture and Mitsui the rest. The partners intend to build the plant in the U.S. Gulf Coast region, with the project cost estimated to total 100 billion yen ($770 million).

Only a handful of players around the world have large blue-ammonia projects in the works, including Shell and the state-owned oil company of the United Arab Emirates. Both Shell and Abu Dhabi National Oil aim to produce 1 million tons a year.

Ahead of the new plant's launch, Mitsui and CF are discussing an arrangement in which the Japanese trading house will sell the American partner's ammonia in Asia. CF expects to produce up to 2 million tons of the gas, including blue ammonia, at its existing facilities. Asian countries now import about 3 million tons of ammonia from outside the region.

Costs pose an obstacle to the widespread use of ammonia as a fuel. Ammonia made from natural gas in the Middle East went for $275 a ton in January 2021 but surged above $800 in December, according to London-based research company Argus Media. Prices are even higher now as Russia's war in Ukraine drives up prices of natural gas.

Bringing prices down will also require increasing production facilities. Roughly 500,000 tons of ammonia is needed per year if ammonia is added to the fuel of a 1 gigawatt coal-fired power plant to create a 20% mix.

Should all coal power plants of Japan's major utilities use 20% ammonia, an annual 20 million tons or so of ammonia would be needed, according to an estimate by the Ministry of Economy, Trade and Industry. Mitsui aims to lower costs and realize mass production by tapping technologies of CF, which produces 10 million tons of ammonia a year for use in fertilizer.

Mitsui and CF announced a memorandum of understanding on the development of blue ammonia last August. They are expanding their partnership to joint production now that they have prospects for constructing a new plant in the U.S.