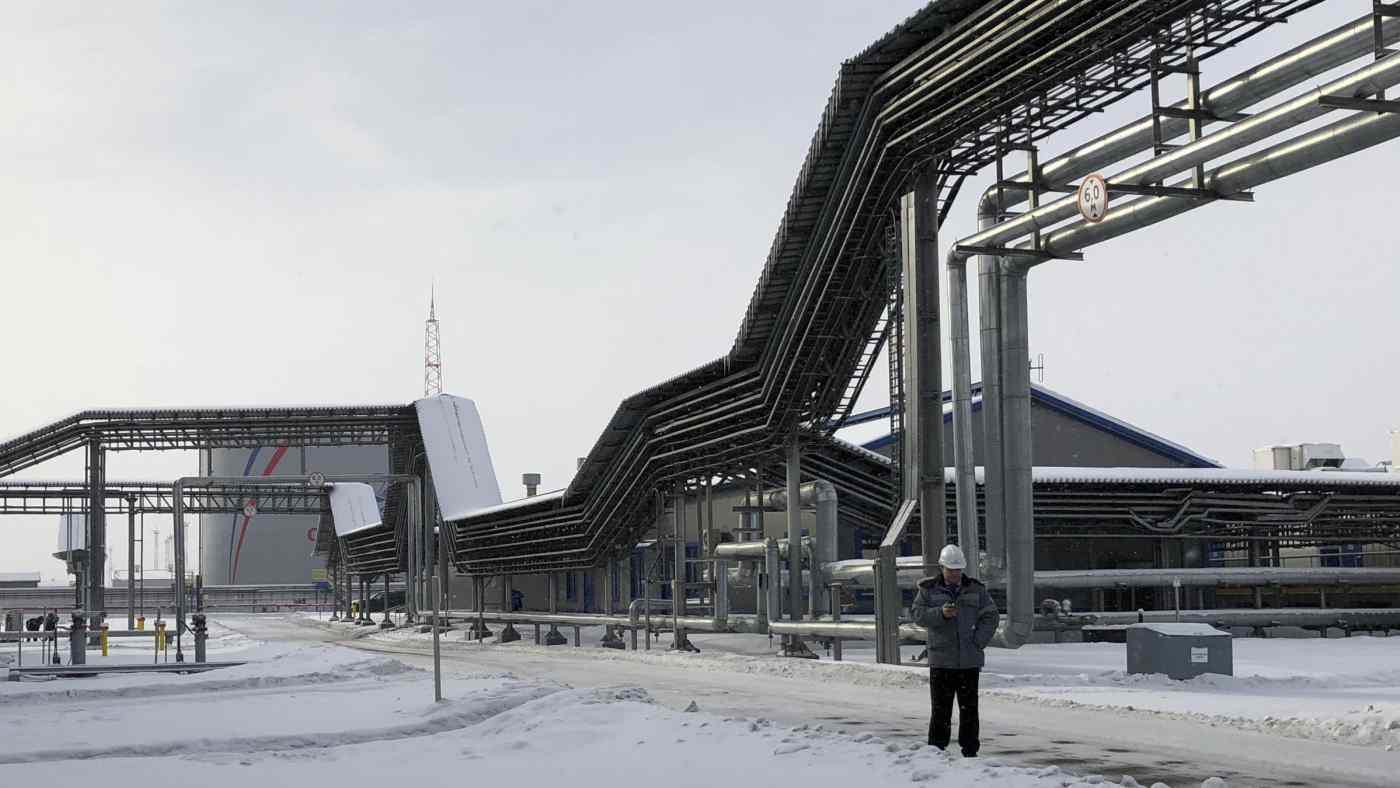 BRUSSELS/LONDON (Reuters) -- OPEC told the European Union on Monday that current and future sanctions on Russia could create one of the worst ever oil supply shocks and it would be impossible to replace those volumes, and signalled it would not pump more.

European Union officials held talks in Vienna with representatives of the Organization of the Petroleum Exporting Countries amid calls for the group to increase output and as the EU considers potential sanctions on Russian oil.

"We could potentially see the loss of more than 7 million barrels per day (bpd) of Russian oil and other liquids exports, resulting from current and future sanctions or other voluntary actions," OPEC Secretary General Mohammad Barkindo said, according to a copy of his speech seen by Reuters.

"Considering the current demand outlook, it would be nearly impossible to replace a loss in volumes of this magnitude."

The European Union reiterated its call in the meeting for oil-producing countries to look at whether they can increase deliveries to help cool soaring oil prices, a European Commission official told Reuters.

EU representatives also pointed out that OPEC has a responsibility to ensure balanced oil markets, the official said.

OPEC has resisted calls by the United States and the International Energy Agency to pump more crude to cool prices, which reached a 14-year peak last month after Washington and Brussels imposed sanctions on Moscow following Russia's invasion of Ukraine.

In the meeting with OPEC, the EU said OPEC could provide more production from its spare capacity, according to an OPEC document seen by Reuters.

Still, Barkindo said the current highly volatile market was a result of "non-fundamental factors" outside OPEC's control, in a signal the group would not pump more.

OPEC+, which consists of OPEC and other producers including Russia, will raise output by about 432,000 barrels per day in May, as part of a gradual unwinding of output cuts made during the worst of the COVID-19 pandemic.

The EU-OPEC meeting on Monday afternoon was the latest in a dialogue launched between the two sides in 2005.

Russian oil has been excluded from EU sanctions so far. But after the 27-country bloc agreed last week to sanction Russian coal -- its first to target energy supplies -- some senior EU officials said oil could be next.

The European Commission is drafting proposals for an oil embargo on Russia, the foreign ministers of Ireland, Lithuania and the Netherlands said on Monday at a meeting of EU foreign ministers in Luxembourg, although there was no agreement to ban Russian crude.

Australia, Canada and the United States, who are less reliant on Russian supply than Europe, have already banned Russian oil purchases.

EU countries are split over whether to follow suit, given their higher dependency and the potential for the move to push up already high energy prices in Europe.

The EU expects its oil use to decrease 30% by 2030, from 2015 levels, under its planned policies to fight climate change -- though in the short term, an embargo would trigger a dash to replace Russian oil with alternative supplies.