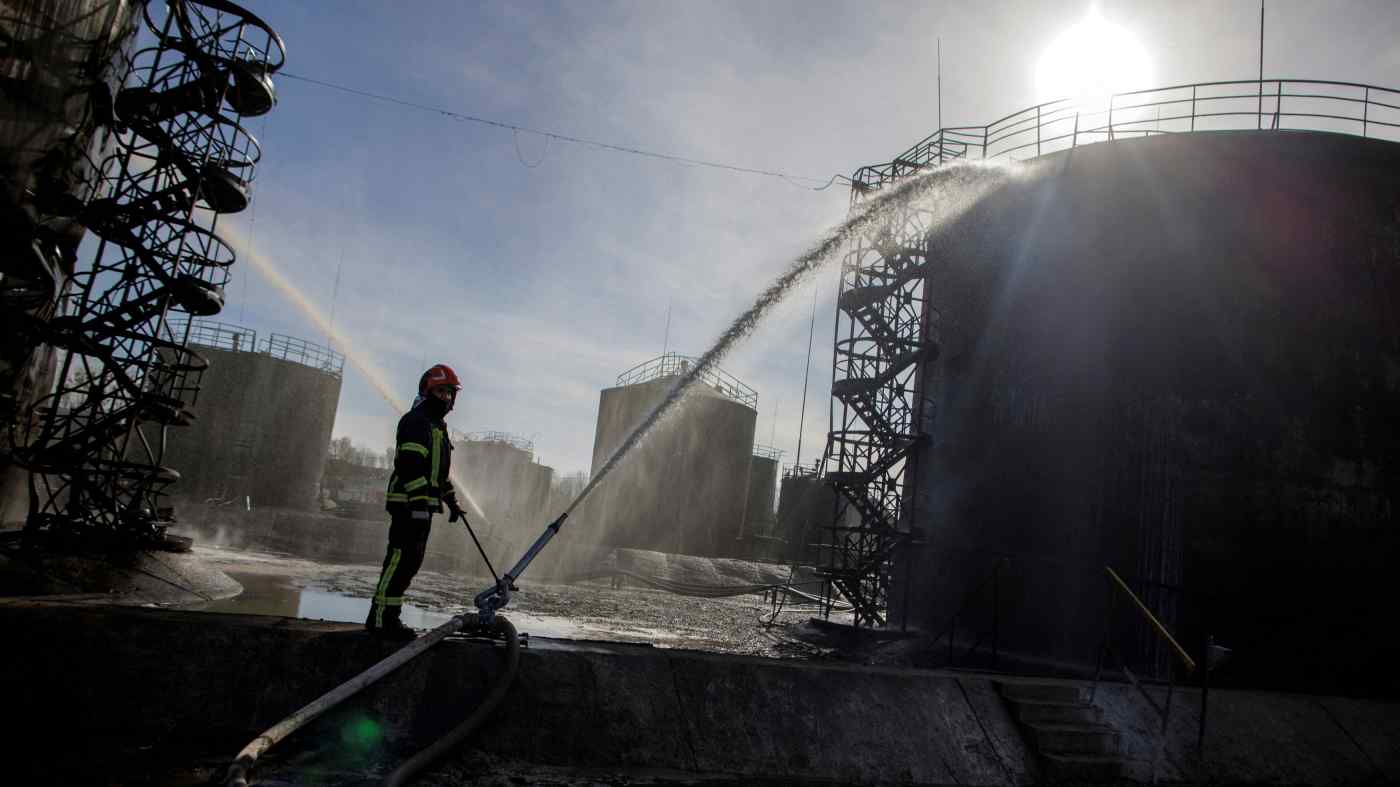 TOKYO (Reuters) -- Oil prices on Tuesday extended losses from the previous day as Ukraine and Russia headed for peace talks and on concerns about demand as China's financial hub of Shanghai shut down to curb a surge in COVID-19 cases.

Both benchmark contracts lost around 7% on Monday.

Ukraine and Russia were set to meet in Istanbul on Tuesday for their first peace talks in over two weeks. Sanctions imposed on Russia after it invaded Ukraine have curtailed oil supply and sent prices to 14-year highs earlier this month.

Russia calls its actions in Ukraine a "special operation" to disarm its neighbor.

"Oil prices are under pressure again on expectations for peace talks between Ukraine and Russia, which could lead to an easing or avoidance of Western sanctions on Russian oil," said Hiroyuki Kikukawa, general manager of research at Nissan Securities.

"A successful cease-fire could also raise the prospect of reviving an Iranian nuclear deal," he added.

The market is also waiting on a meeting on Thursday of the Organization of the Petroleum Exporting Countries and allies, collectively known as OPEC+.

The group will likely stick to plans for a modest increase in oil output in May, several sources close to the group said, despite a surge in prices and calls from the U.S. and others for more supply.

Worldwide demand has risen to nearly pre-pandemic levels, but supply has been hindered, as OPEC+ has been slow to restore supply after cuts enacted during the pandemic in 2020.

U.S. oil exports have climbed since Russia's invasion of Ukraine, and barrels of domestic oil that would typically go to the Cushing, Oklahoma, storage hub are instead being exported via the Gulf Coast, traders said.