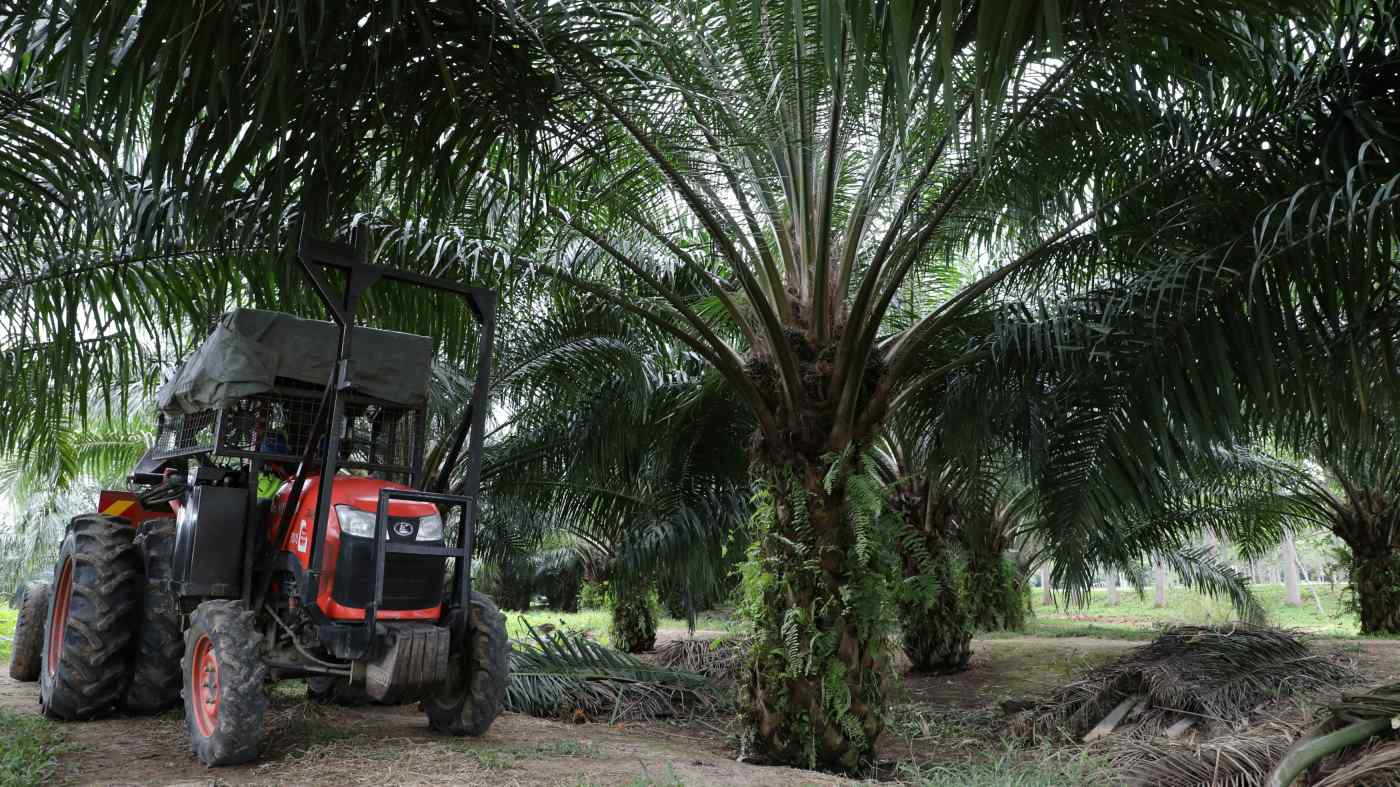 JAKARTA -- Indonesian state energy company Pertamina has committed to palm oil biofuel as it follows the global shift away from fossil fuels, but high costs and international pressure over the industry's deforestation show this approach carries its own risks.

President Director Nicke Widyawati announced the oil and gas group's plans for renewable energy earlier this month, saying the transition to bioenergy "can reduce carbon monoxide gas and hydrocarbon gas emissions by between 20% and 50%."

Palm oil is a major industry in Indonesia and Malaysia -- the two countries account for over 80% of the global supply. Pertamina is building a business strategy on this resource, even as the European Union, a big market, moves to end its use in transportation.

The energy group holds at least 80% of Indonesia's biodiesel market and plans to boost output by another 15% before 2024.

Its main biofuel product is B30 biodiesel, a blend of 70% standard diesel and 30% fatty acid methyl esters (FAME), a palm oil derivative. The company produced 24.7 million kiloliters of B30 last year at 28 sites in the country -- nearly half its estimated total fuel output in 2020, including petroleum-based products like gasoline.

Work also has begun on D100, a biodiesel made entirely from palm oil. Small quantities of D100 were produced on a trial basis last month, following a previous test in 2020, and Pertamina is developing technology to mass-produce it efficiently.

The pivot to biofuels comes amid swelling demand, including in Indonesia, which in 2018 mandated the use of 20% biodiesel in diesel autos and ships as well as such fields as construction. The required proportion of biofuel content has since increased to 30% and was to become 40% this year.

But recent developments in the palm oil industry have brought the fuel's risks to the forefront.

These include surging costs. Poor weather and a drop in foreign workers due to the coronavirus pandemic have hit the palm harvest in Malaysia, raising palm oil prices to their highest level in a decade. B30 biodiesel is over 20% more expensive than gasoline without government subsidies to keep the price down. 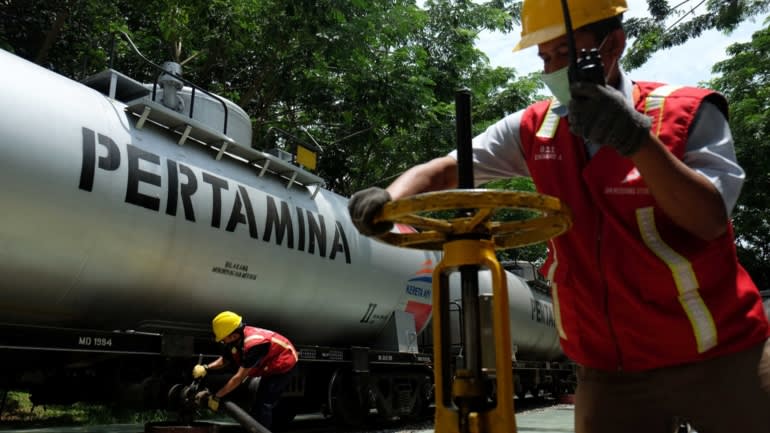 Yet even with that jump, the market price of B30 reportedly does not reflect the full cost increase for raw materials. Pertamina reported a 20% drop in revenue on the year to $20.4 billion for the six months through June, and a net loss of $900 million after a profit a year earlier.

"There is no use for production of very high cost FAME," Pertamina President Commissioner Basuki Tjahaja Purnama, also known as Ahok, told the government in December.

Jakarta heeded the appeal by Ahok -- a protege of Indonesian President Joko Widodo -- and postponed the 40% biodiesel mandate.

Criticism over the environmental damage caused by the palm oil industry remains another concern. The EU, a major palm oil market on par with China and India, has increased pressure on Indonesia to discourage deforestation by palm growers expanding their plantations.

The EU decided in 2018 to phase out the use of palm oil in transportation, reducing it to zero by 2030. Brussels sees preventing deforestation in Southeast Asia as necessary to achieve the targets in the Paris Agreement on climate.

Given European Commission President Ursula von der Leyen's tough line on environmental policy, there is speculation that a proposal for stricter rules to combat deforestation and promote sustainable food systems could come out as early as this year.

In a summit this month, the leaders of Indonesia and Malaysia agreed to work together against the EU's "anti-palm oil campaign," which they say runs counter to free trade.

Jakarta cannot easily withdraw from an industry that supports many jobs. The government also hopes that palm oil can be used to reduce imports of fossil fuels, which have contributed to trade deficits since the country's crude oil imports exceeded exports in 2004.

State-run Pertamina would have difficulty adopting a strategy at odds with the government's interests. But Pertamina's extensive business with international companies and financial institutions means the energy group cannot ignore the growing global emphasis on environmental, social and governance factors in business and investment.

"It is very possible that the opportunity to get ESG funds from foreign investment will decrease" if Pertamina focuses more on biodiesel, said Bhima Yudhistira Adhinegara, an economist and researcher at the Institute for Development of Economics and Finance, an Indonesian private-sector think tank. "Some investors include the palm oil industry and its derivative products as a sector with high risk to the environment."