TOKYO -- Russian state-controlled oil company Rosneft will sound out the Japanese government and companies including Mitsubishi Corp. on investing in a $157 billion Arctic development project, Nikkei has learned.

Rosneft CEO Igor Sechin -- a close ally of Russian President Vladimir Putin -- is to visit Japan soon to brief potential partners on the Vostok Oil venture and seek investment and other support.

Sechin will meet with senior officials from the Agency for Natural Resources and Energy, the state-owned Japan Oil, Gas and Metals National Corp. and oil company Inpex, as well as from trading houses Mitsubishi, Itochu, Mitsui & Co. and Marubeni.

Participating in the project could help Japan diversify its energy supply. The country sources roughly 90% of its crude oil from the Middle East, but tensions in the region this year -- and the specter of a shutdown of the Strait of Hormuz, a crucial sea lane for tankers -- have underscored the risks of this overdependence. 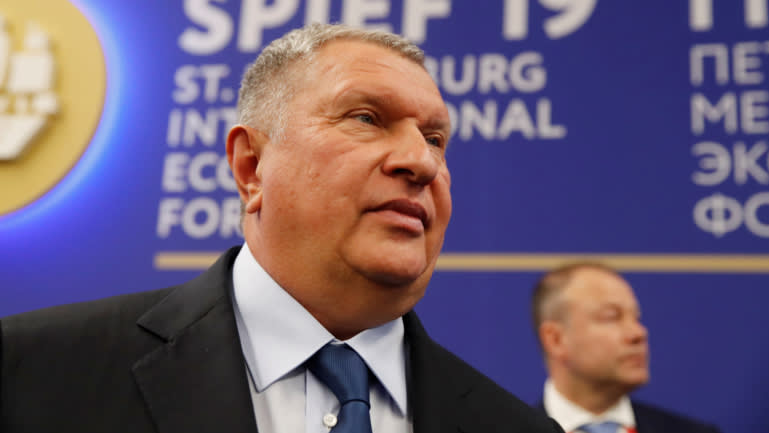 Crude from the Vostok project will be sent via pipeline to ports along the Arctic coast, then shipped through the Bering Strait with the help of icebreaker ships to Asian buyers. Companies in the fast-growing markets of India and China have reportedly expressed interest in taking part.

Russia plans to provide tax breaks for the project, which it sees as a way to compete with the U.S., whose oil production has skyrocketed with the shale revolution.

With climate change becoming a bigger issue, shifting attitudes toward oil give Moscow incentive to monetize these resources as quickly as possible. Demand for gasoline and petrochemical products is not expected to fade anytime soon, but analysts have raised the prospect of oil becoming a "stranded asset" shunned by financial markets.

Tokyo, which is locked in a territorial dispute with Moscow over Russian-held islands, has used energy cooperation to try to strengthen the bilateral relationship. The two countries have worked together on oil and natural gas development in the Russian Far East, and Jogmec has agreed to invest about 300 billion yen ($2.76 billion) in a Russian liquefied natural gas project in the Arctic.

But such partnerships have not always gone smoothly. In 2006 and 2007, Japanese and European companies cut their stakes in a liquefied natural gas development project on Russia's Sakhalin Island amid environmental concerns.