Russia on an international offensive to sell its nuclear plants MOSCOW -- Russia is stepping up its overseas sales of nuclear power plants, with state-run nuclear energy company Rosatom agreeing in July to cooperate in building a plant in the Central Asian country of Uzbekistan and reaching an accord with China to build a plant in that country.

Russia accounts for 67% of the world's nuclear plant deals currently in development. By 2030, Rosatom aims to increase its overseas sales to two-thirds of total sales, from 50% at currently. Vladimir Putin's government is looking to expand Russian influence through nuclear diplomacy, vying with China -- which is promoting its own nuclear plants -- for the status of nuclear energy superpower.

"We hope that a lot of other countries will become our partners, and as they say, 'nuclear newcomers,'" Rosatom Chief Executive Alexey Likhachev told Prime Minister Dmitry Medvedev at a meeting in early July.

Likhachev reported that his company had signed contracts to build 35 nuclear power reactors, 67% of the world market for projects currently in progress, including government-to-government agreements, with total overseas orders of over $133 billion. He noted that negotiations for an intergovernmental agreement with Uzbekistan for the construction of what would be the first nuclear plant in Central Asia were in its final stages.

Rosatom proposed the Uzbekistan project last December, signing a document on nuclear energy cooperation. Uzbekistan subsequently announced it had agreed to the construction of two reactors with 1,200 megawatts of generating capacity each and a 28-year commissioning plan. The plant will likely be built in Navoi, near the border with Kazakhstan.

During a visit by Putin to China in June, Rosatom entered into a framework agreement to cooperate in nuclear plant construction, including four reactors in Jiangsu and Liaoning provinces.

Russia intends to make nuclear power plants a major revenue earner alongside exports of crude oil and natural gas. Rosatom's annual business report for 2016 showed it was involved in nuclear plant projects in more than 10 countries, including China, Bangladesh and India. The company had $133.4 billion of overseas orders, up 21% from a year earlier. It targets $150 billion to $200 billion in orders in 2030. 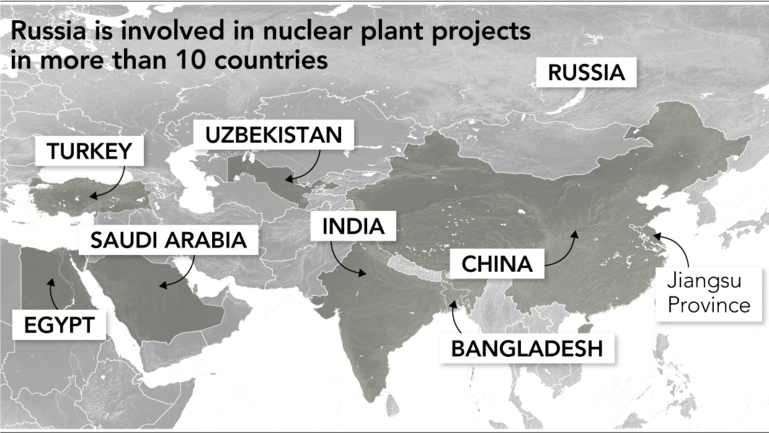 Overseas sales are expected to rise from 47% of total sales in 2016 to two-thirds in 2030. The company is focusing on Asia, the Middle East and Africa, where rapid population growth will likely spur electricity demand.

Russia's strength in the field is the all-out support of the government, and its ability to take on all aspects of a nuclear energy project. The Putin government attaches much importance to nuclear plants, seeing them as a globally competitive, technology-intensive industry with an important role to play in revitalizing Russia's domestic industry. Putin himself has successfully pitched Russian nuclear plants to foreign leaders during international summits.

Russian nuclear plants also boast price competitiveness, with the government providing loans to finance the high costs. Not only does Russia build the plant, but it supplies the fuel, operates and maintains the reactors, and disposes of the used fuel. This makes a deal with Russia attractive for countries that want to build their first nuclear plant, but which lack the operational know-how. 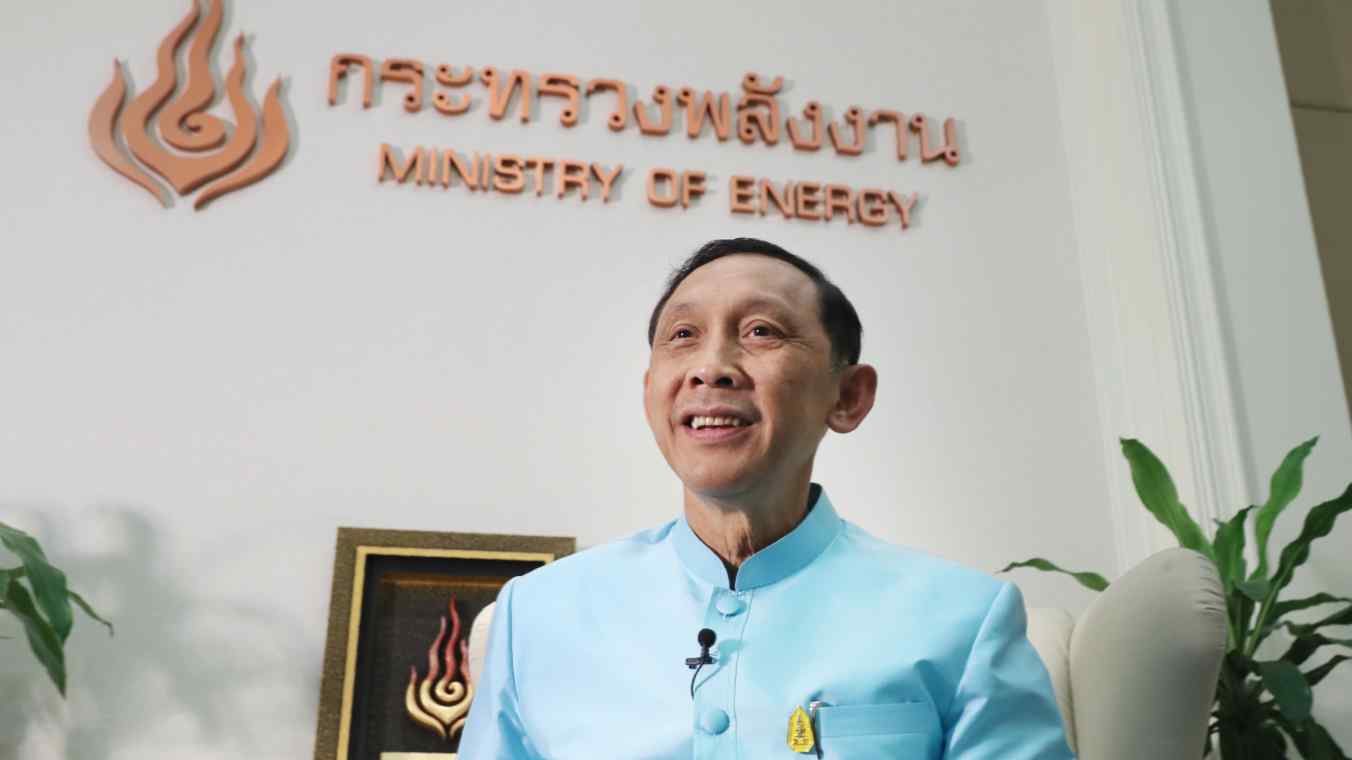 With Japan and most Western nations refraining from international sales of nuclear plants because of the risks involved, some analysts predict Russia and China will dominate the market in the years ahead.

China has made it clear that its policy is to expand overseas nuclear plant deals by building on the technology of Russia, France and other countries that have been at the forefront of nuclear plant development.

In May, Wang Shoujun, chairman of China's state-owned nuclear energy company, China National Nuclear Corp., signed a memorandum of understanding with Uganda's energy minister to cooperate on nuclear power development. In 2017, China reached a similar accord with Thailand. CNNC is also stepping up cooperation with Saudi Arabia and Argentina.