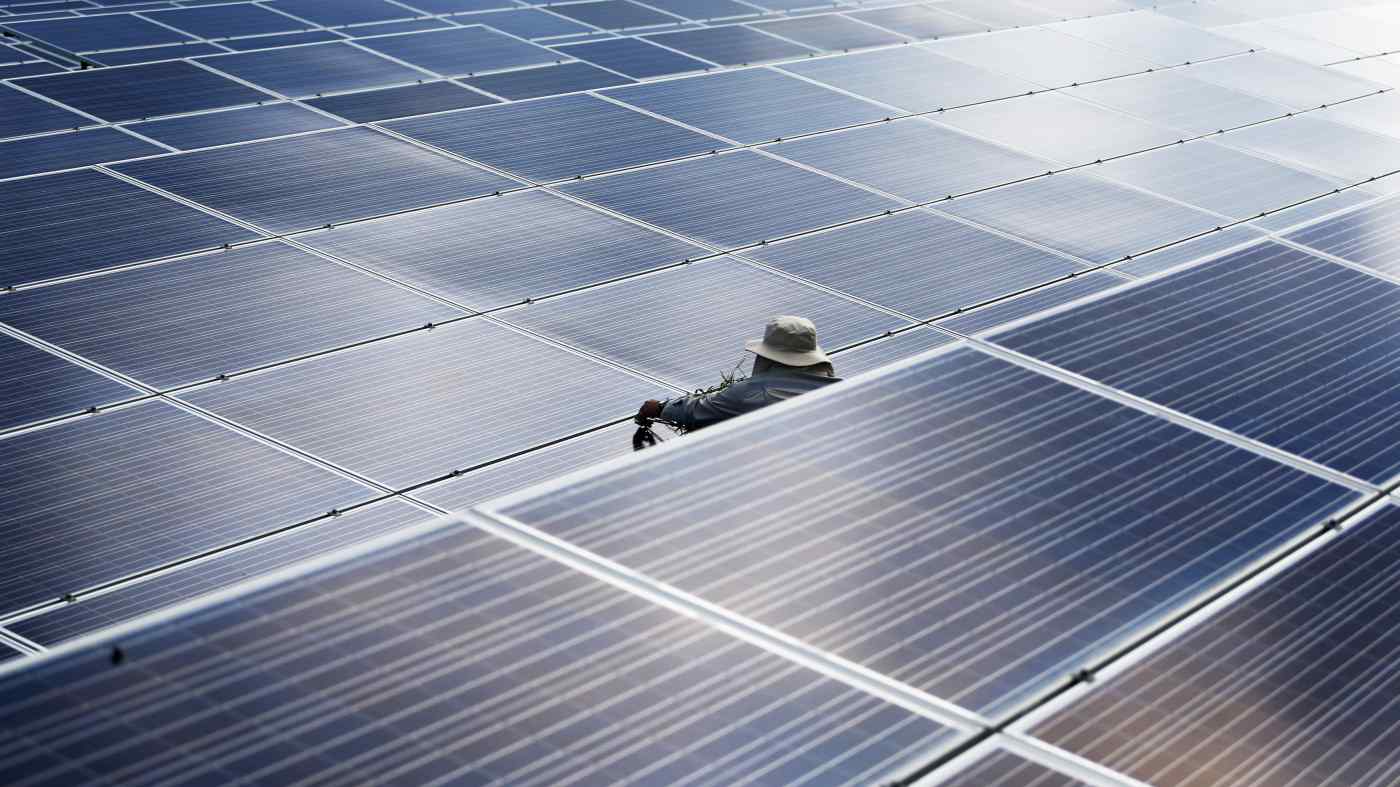 TOKYO -- Investment in renewable energy in Southeast Asia is holding up despite the economic pressure of the coronavirus pandemic, with many business buyers seizing chances to lock in low-cost power supplies for the long term, according to companies in the sector.

Several renewable energy providers told the Nikkei Asian Review that their corporate customers were speeding up decisions to sign up to "power purchase agreements" -- deals for several years' worth of energy -- for renewables such as solar power.

It comes after years of falling costs for energy generated from renewables, which are now competitive, although prices of fossil fuels such as oil and gas have plunged due to falling demand during the coronavirus pandemic.

Costs have also fallen for commercial projects, including where companies build power plants for their own use, according to the IREA data. In Southeast Asia, where the price of electricity provided by utility companies tends to be less sensitive to demand than in Europe, renewable energy is becoming even more attractive in some cases for companies hit by COVID-19.

"We see more customers coming to us and accelerating decisions," said Gavin Adda, CEO of Total Solar Distributed Generation in Southeast Asia, a subsidiary of French energy giant Total. Clients are "asking us to implement [solar power systems] as quickly as possible" to help them cut costs, Adda said.

Total Solar installs and operates on-site systems for energy-hungry clients such as factories and data centers. The company is focused primarily on corporate PPAs lasting over 10 years. PPAs usually offer cheaper electricity compared to power from the grid. Total Solar's rates lead to savings of up to 40% in Thailand and 20% in the Philippines, Adda said.

Total Solar has inked projects totaling about 40 megawatts this year in Southeast Asia and India, including for facilities owned by Thai food company Betagro Group and suppliers of Nike in Vietnam. Total Solar has a portfolio of over 600MW in the Asia-Pacific region, and is aiming to invest $1-2 billion in the next five years.

Shizen last year launched its corporate PPA business for Japanese companies operating in Southeast Asia in partnership with Constant Energy, which is among the largest foreign investors and asset managers for solar plants in Thailand.

Hiroki Koga, who is in charge of Shizen's businesses in Southeast Asia, said the impact of coronavirus had been mixed. Some companies in negotiations with Shizen had delayed decisions due to uncertainties posed by the virus. But "some are accelerating the introduction of renewable energy because of the coronavirus," he said.

"Companies or factories that originally wanted to make the decision by the end of this year and install the system next year, now plan to decide within two months and move on to construction," Koga said. He added that travel restrictions have hindered sales to new clients.

Demand for energy has shrunk because of the economic turmoil sparked by the coronavirus but this is expected to reverse when economies regain momentum. Dieter Billen, principal at consulting firm Roland Berger in Southeast Asia, predicts that electricity demand in the region will grow 27% by 2025 compared to 2018, after falling about 2% this year due to restricted business activities.

COVID-19 may accelerate digitization that will boost energy consumption, he said. He suggested that there will be a continued shift of companies' manufacturing activities away from China into Southeast Asia, accelerated by the political tensions between the U.S. and China.

Roland Berger Senior Manager Giovanni Bianchi suggested that the impact of the pandemic on PPAs might depend on the size of the offtakers. For large tech players and industrial companies, "demand is driven by long-term sustainability targets, which have not been affected by COVID-19," he said.

However, demand from smaller companies "may suffer from the crisis as businesses focus on survival," he added.

Even in the badly hit tourism sector, some companies are motivated to install renewable energy systems because of concerns over stability of supply, according to Sujay Malve, CEO of Singapore based startup Canopy Power, which provides microgrid renewable power systems for places with intermittent energy supplies, such as island resorts.

He said some companies have switched from investing in their own projects to signing PPAs. However, he said, no projects have been canceled amid the coronavirus outbreak.

COVID-19 highlighted the risks of relying on deliveries of diesel fuel, he said, making the case for renewables even if cheaper oil eventually drags down fuel costs. "We have some customers who actually got affected because they did not receive diesel," Malve said. While lockdowns and travel restrictions have delayed renewable energy projects in the region, investments in utility projects that supply energy to the power grid are expected to continue despite some immediate delays.

"The investment horizon and the strategy remain unchanged," said Joseph Kim, partner at law firm Hogan Lovells. From his clients who are independent power producers and trading houses, "there are already signs of going back to the [delayed] projects and looking at opportunities."

Despite a decline in oil and LNG prices, "I don't expect there to be a sudden pivot away from investing in renewables," said Hans Menski, partner at law firm Clifford Chance. He said renewables are increasingly cost-competitive and that many countries have committed to bring down greenhouse-gas emissions.

He said that impact is mainly to do with physical movements of people in the short term. For now, the "the particular difficulty for investors is precisely assessing the time and cost impact on project development."

Once the impact of the coronavirus phases out, "I do believe there will be some rush of new projects, because a lot of projects that are being put on hold are being pushed out," said Mitesh Patel, director of U.S. engineering company Black & Veatch's renewable energy business in Asia. "Those projects will certainly come back to the market," he said.