Cooperation on new Higashidori plant will spread costs and risks 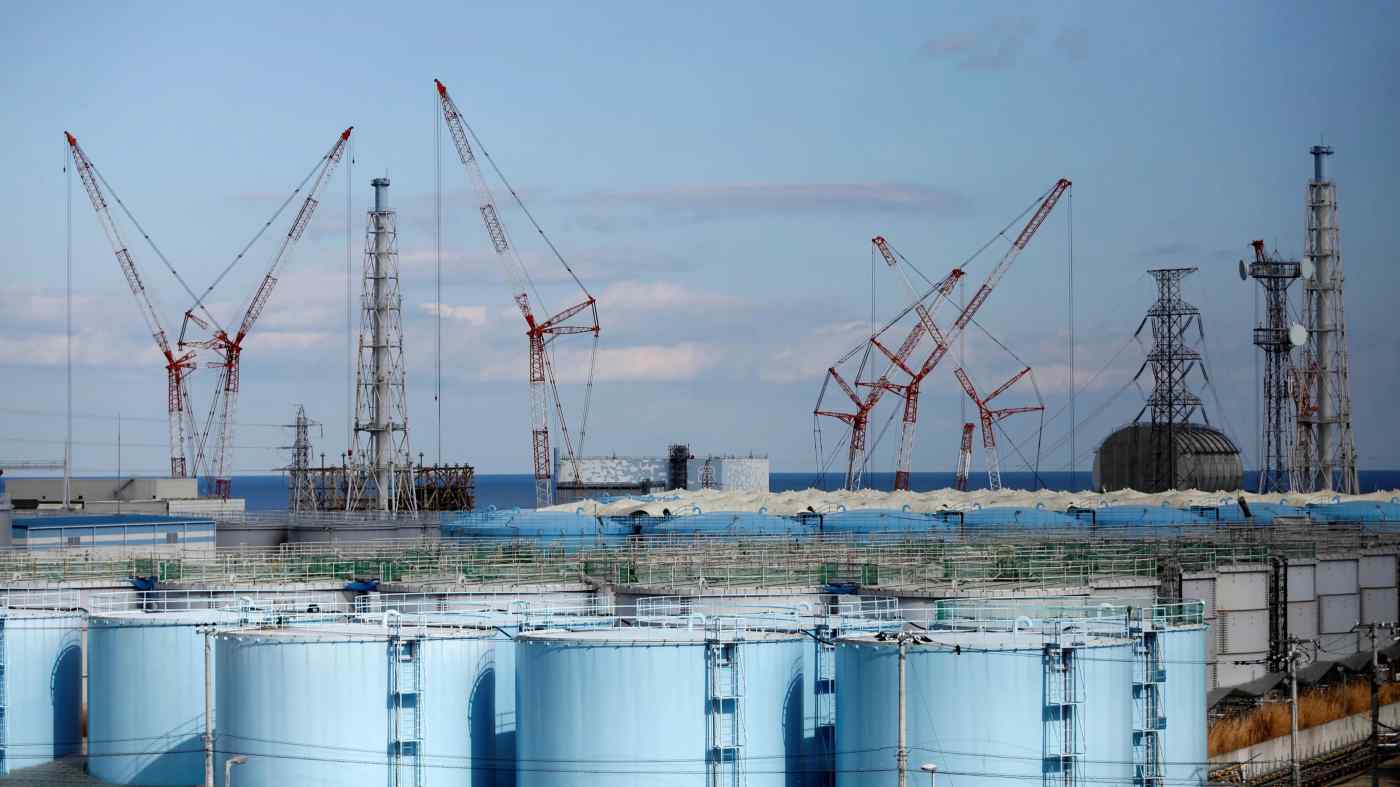 TOKYO -- Tokyo Electric Power Co. Holdings is in talks with Toshiba, Hitachi and Chubu Electric Power on a joint venture to resume a stalled nuclear plant project in northern Japan, Nikkei has learned.

The new company would build, operate and maintain the Higashidori nuclear plant as well as handle discussions with the local authorities and residents. Construction is expected to start next year at the earliest.

The proposal -- the first of its kind in Japan -- would mark the first concrete results from talks on a four-way nuclear partnership that began about a year ago. Tepco had initially broached the idea of an alliance, hoping to improve business operations and share technological know-how following the 2011 meltdowns at its Fukushima Daiichi plant.

A joint venture spreads out the risk involved in a new plant, as well as safety costs that have skyrocketed with the implementation of stricter standards after the Fukushima disaster. This is a plus for financially squeezed Tepco and Chubu Electric, which have yet to restart any of their nuclear facilities idled after the disaster.

Hitachi and Toshiba, meanwhile, would benefit from the opportunity to maintain expertise threatened by a global shift away from the atom as an energy source.

The central government has already given the go-ahead for the Higashidori project. The Ministry of Economy, Trade and Industry, keen to see realignment in the nuclear power industry, is expected to take the necessary steps to move responsibility for the new plant from Tepco to the new venture.

Tepco broke ground on the first reactor at Higashidori after receiving approval in January 2011. It targeted completion in March 2017, only to put the project on hold after the March 2011 disaster. The idea of Tepco building a new nuclear facility after the Fukushima fiasco has met with some skepticism. The joint venture may be partly intended to make the utility's association with the project less prominent.

The four companies are all in the midst of restructuring business plans for their nuclear energy operations as new construction dries up and efforts to restart existing plants stall.

Early this year, Hitachi announced plans to put a U.K. nuclear project on hold after hitting an impasse in funding negotiations with the British government.

Toshiba also plans to withdraw from the overseas nuclear business that contributed to its financial crisis.

Tepco and Chubu Electric have participated in the construction and operation of boiling-water reactors, which are the same type as those at Fukushima Daiichi. In recent years, Tepco has decided to scrap the 10 reactors at the Fukushima Daiichi and Daini nuclear plants, while aiming for a restart of its Kashiwazaki-Kariwa nuclear facility in Niigata Prefecture.

The two utilities aim to have the joint venture eventually take over operation of Kashiwazaki-Kariwa and Chubu Electric's Hamaoka plant, which also has yet to come back online. They could shift thousands of employees to the new company.

Toshiba and Hitachi, meanwhile, have hurdles to overcome before they can participate in the venture.

The two industrial conglomerates have experience building reactors but have never operated them, and there is concern about the risks that an accident at the plant would pose. Toshiba must also win over its large contingent of foreign shareholders -- who tend to be more vocal than their Japanese counterparts -- as well as the outside directors constituting 80% or so of its board.

But both companies face the challenge of maintaining and passing on nuclear-related expertise as the industry founders in the wake of the Fukushima disaster. Japan has yet to restart any boiling-water reactors -- the type made by both Hitachi and Toshiba -- leaving their personnel with no opportunities to cultivate the technical skills required for long-term plant maintenance and repair.