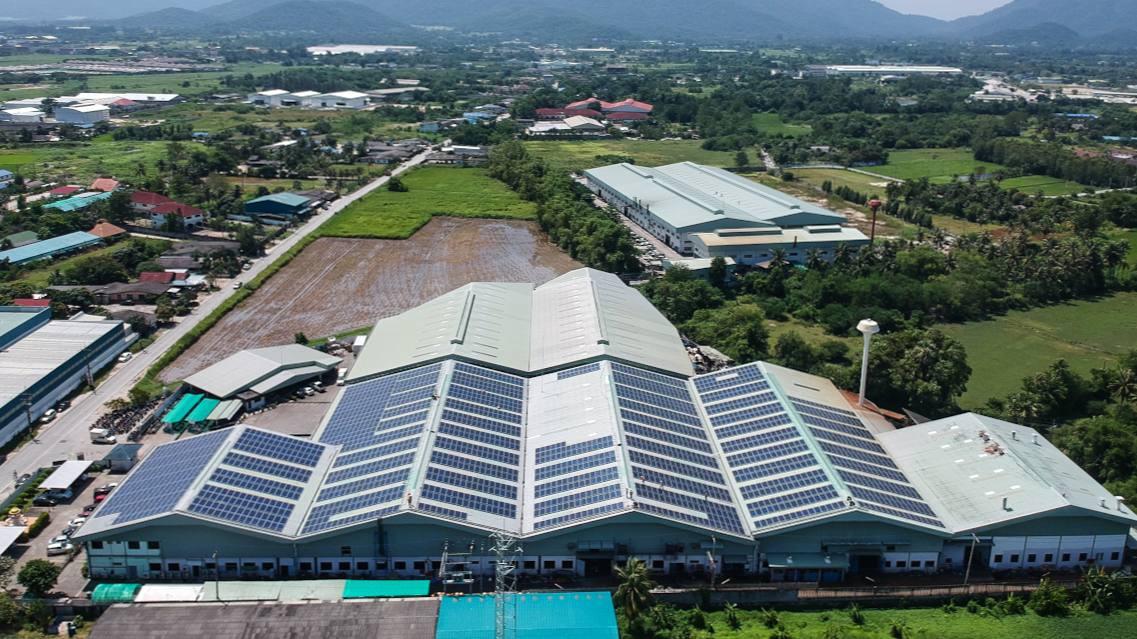 HAMBURG, Germany -- A German crowd investing platform for green energy is looking to further expand in Southeast Asia after most recently acquiring a Thai solar project.

Ecoligo bought SEA Rooftop Solar, the Thai solar subsidiary of German utility giant RWE, in December. With the deal, whose price has not been disclosed, Ecoligo obtained SEA's only project, a solar installation on the roof of a metal fabrication factory in Chon Buri.

In turn, Ecoligo is giving backers a chance to buy into an environmentally friendly project and receive an annual return of 5%. Xcellent, the factory owner, expects to cut its energy bills by 15-20% under a 20-year power purchasing agreement with Ecoligo.

Martin Baart, Ecoligo's CEO, said the decision by RWE -- the world's No. 2 in offshore wind power and Europe's third-largest in renewable energy -- to sell its Thai unit showed the opportunity for small companies like his.

"The big utilities do not think they can focus on single projects of limited scale," Baart said. "We at Ecoligo, by contrast, have the agility to go through with such projects."

Baart said interest in his company is also rising in the region because many local contract manufacturers are being asked to cut CO2 emissions by their international clients, such as Adidas and Ikea.

Ecoligo focuses on emerging markets. Its website lists 53 completed projects, most of which are in Africa or Latin America, and six ongoing projects, including four in Vietnam and one in Thailand. Baart said the energy output of solar plants in Southeast Asia is 1.5 to 2 times higher than the same plant would have in Germany.

In Germany, 69-year-old retired Siemens engineer Bernd Renner told Nikkei that he recently invested 1,000 euros in an Ecoligo solar power installation on the roof of a factory in Vietnam's Binh Duong Province. Dong Nam Viet Packaging, which churns out printed packaging materials to feed into Vietnam's manufacturing boom, will reduce emissions of carbon dioxide by 8,600 tons.

"I don't know much about Vietnam, but the economic dynamics there translates into many interesting solar investment target companies, and I appreciate the transparency in Ecoligo's projects," Renner said.

Exchange rates are another important factor. Crowdfunders generally invest euros or dollars, whereas the purchase power agreements are mostly priced in local currencies. Ecoligo signs contracts in dollars or euros and has price floors to protect investors from full exposure to any drop in the local currency-denominated power rate.

"The risks associated with the trajectory of local utility rates are solely with the investors, but on the other hand solar generation output is highly predictable, and the technology is mature and largely unsusceptible to faults, so banks generally like this asset class," said Sticher.

"For RWE it nonetheless made sense to sell its Thai solar subsidiary to Ecoligo, given that the installations are smaller than 1 MW and that Thailand may not be a strategic focus, given the limited prospects for large open-landscape installations in the country," Sticher added.