The Sangley Point airport will sit across Manila Bay, where the Philippine Navy headquarters is located, and may be "too close for comfort," a Navy official said. (Photo by Soner Ozmen on Unsplash)
CLIFF VENZON, Nikkei staff writerDecember 20, 2019 17:34 JST | Philippines
CopyCopied

"That is a major concern not only for the Philippine Navy and the Armed Forces of the Philippines, but also for the whole country," a senior navy official told the Nikkei Asian Review, requesting anonymity.

The consortium was the lone bidder on Tuesday at an auction for the project which will involve the reclamation of 1,900 hectares of land and will host a four-runway airport capable of handling 100 million passengers annually.

Around 35 kilometeres from downtown Manila, the airport is envisioned as another alternative solution to the Philippine capital's air congestion problems.

Jesse Grepo, legal officer at the Cavite provincial government, said the consortium's bid is still subject to evaluation, with clearances from other government agencies also needed before actual construction can begin.

China's militarization of the South China Sea has dogged efforts by Philippine President Rodrigo Duterte to forge closer ties with Beijing since his election 2016.

While Duterte set aside an international court ruling dimissing China's claim to more than 80% of the South China in return for more than $45 billion in investment, the Philippines' defense establishment remains suspicious of China and has maintained its traditional links to the U.S., which remains Manila's only treaty ally. 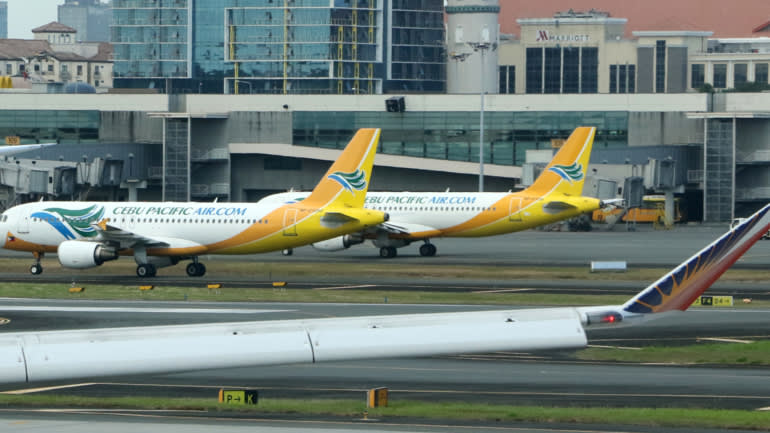 A retired Philippine Navy chief called the involvement of a Chinese company in the Sangley Point airport project "a dagger pointed to the heart of the nation." (Photo by Keiichiro Asahara)

The airport also sits across Manila Bay, where the Philippine Navy headquarters is located. "That is too close for comfort," the Navy official said.

Retired Philippine Navy chief Alexander Pama said that if the project proceeded with the involvement of the controversial Chinese contractor, it would "be a dagger pointed to the heart of the nation."

"Historically, the navy and airbases were positioned there to protect the nation's capital precisely because of its strategic location," he said in a Facebook post.

Asia's largest international contractor, and the world's largest highway and bridge design construction company, CCCC was blacklisted by the World Bank in 2009 for eight years over alleged "fraudulent practices" in a Philippine road project.

For the airport project, CCCC's partners include the China Airport Construction Group Company and its subsidiary CCCC Dredging Group, which oversaw China's island-building program in the South China Sea, including in areas claimed by the Philippines considers as part of its territory.

MacroAsia, an aviation support provider, is controlled by Lucio Tan, which owns Philippine Airlines and enjoys close ties with the Chinese government.

Cavite Governor Jonvic Remulla said defense officials did not object to the project before the bidding. "We understand their concerns, but we will make sure that proper safeguard will be in place," Remulla told Nikkei.

In the Philippines, the defense establishment viewpoint position usually carries weight when it comes to vetting foreign investments in strategic locations.

Earlier this year, the Navy torpedoed the hopes of two Chinese firms' bidding to take over the a bankrupt shipyard in Subic Bay, a former US naval base that opens onto the South China Sea.

Meanwhile, the owners of the Grande Island project in Subic Bay were forced to look for new investors earlier this year after the government rejected a substantial investment from Sanya Group, a Chinese resorts developer.

Concerns over CCCC's airport bid comes amid growing mistrust over Chinese investments in the Philippines.

Partners in a joint-venture between China Telecom and Davao tycoon Dennis Uy to build a third telecom network in the Philippines have also been forced to downplay espionage fears. The consortium is planning to launch network services next year.