An APOS panel discussion in Bali on April 26
Business

The CEOs of Hotstar, iflix and HOOQ all have unique formulas

BALI, Indonesia -- As smartphones and faster broadband speeds sweep across Asia, the video-streaming industry sees a big opportunity. The Nikkei Asian Review recently sat down with executives from three streaming services to learn how they plan to cash in.

Each one had a unique take on how to win eyeballs. 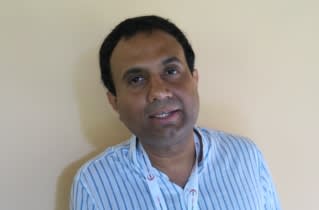 Hotstar's success is often attributed to its gamble that people would watch four-hour cricket matches on their smartphones. These events have turned into the service's "killer content."

But Chief Executive Ajit Mohan recalls how nobody was certain that cricket, internet streaming and smartphones would grab anyone's attention. "There was a belief people would watch sports only on a large screen," he said.

Since Hotstar began live-streaming cricket matches for paying subscribers in the early part of last year, smartphone downloads of the company's app have quadrupled to over 200 million.

Enabling millions of people to simultaneously watch the same video stream has not been easy. "Scale is one of our big achievements," Mohan said. Earlier this year, more than 3 million smartphone users concurrently watched a game via Hotstar. "That is larger than the Super Bowl's simultaneous stream watchers," Mohan said, referring to the championship game of the U.S.'s National Football League.

But sports accounts for only 15% of Hotstar's total viewing hours. TV shows and movies are being watched 85% of the time. The service offers live, delayed and archived sports matches as well as new and old movies and TV shows, "all on a single platform, which I think is a unique model globally," Mohan said.

In India, mobile data used to be notoriously expensive, but that all changed in September when Reliance Industries' Jio launched a data services discount war. It ended up adding more than 100 million 4G subscribers in six months. Now that data is affordable, video is really catching on with subscribers, as Hotstar's accelerating user growth shows.

"Combining our efforts for the last two years with mobile carriers' efforts for the last six months, we are opening up a whole new category," Mohan said. Asked about the possibility of overseas expansion, Mohan replied, "There is nothing to share at this moment." That likely means he is thinking about it. 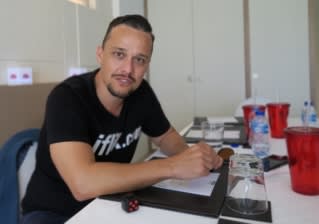 Mark Britt, CEO of iflix, says consumers are willing to pay for licensed content if it is a better deal than pirated material.

Mark Britt, the Australian co-founder and chief executive of iflix, emphasized his company's focus on emerging markets. "We are passionate," he said, about the "billion people who will have smartphones for the first time in their life in the next five years."

In recent months, the company also launched services in Sri Lanka, Pakistan, Vietnam and Myanmar. Britt also revealed the company is preparing to enter Nigeria, Ghana and other countries in sub-Saharan Africa.

"Yes, we are going global," he said. "But only in emerging markets."

The company sets its average streaming speed at around 0.6 megabits per second, much slower than Netflix's recommended network speed of 3 megabits per second for standard-definition quality video. It also makes every piece of content downloadable, so that users can watch programs later without worrying about interruptions in the stream.

It sets its monthly subscription cost in the $2 to $3 range, which Britt describes as "less than a pirated DVD."

He cited estimates from the Motion Pictures Association of America that consumers spend around $6.2 billion on pirated DVDs each year. "People are willing to pay for content," he noted. "But they will pay [for properly licensed material] only if you provide better alternatives than pirated stuff."

Britt also noted that "media is a local business" and that iflix tailors its offerings to each market. "We put everything into the local language," he said. "We even censor according to local community rules, market by market."

The company also curates lineups for each country. For example, iflix is preparing to offer South Korean dramas in Ghana because it discovered that the best-selling pirated DVD in the West African country is "Descendants of the Sun," a popular South Korean TV series.

In addition, the company produces original shows. In some Muslim countries, it offers original stand-up comedy routines -- a category that is banned on broadcast TV.

Britt cited industry estimates that in five years video streaming services will have 300 million to 400 million paid subscribers in emerging market countries other than China and India. These are exactly the eyeballs that iflix hopes to attract. If the expected subscribers all pay $2 per month, the industry's annual emerging market revenue would be $7 billion to $9 billion.

The opportunity is enormous. "We don't find hiring people difficult," Britt said with a grin. 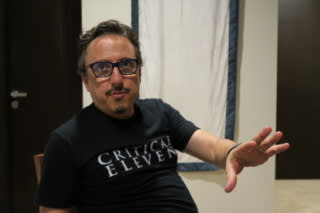 Among Asia's online video-streaming services, HOOQ is probably the most keen on producing original long-form content, a strategy that helped Netflix and Amazon Prime Video rise in popularity.

HOOQ Chief Executive Peter Bithos explained that original programming allows streaming services to do more than simply offer unique content. "We can always license exclusive content from someone else," he said. Original shows, he added, help a provider to differentiate itself with quality. "If there is a really high-quality show or movie," he said, "people watch it time and again."

During the APOS conference, HOOQ announced as many as nine original projects -- movies, series and online-only content -- that will be released over the coming months. "And we have many more projects in our pipeline," Bithos said.

Making movies and series costs a lot of money. "That is why the online video business is not for a bootstrapped startup with little funds," Bithos said, emphasizing the importance of having deep-pocketed backers. HOOQ's shareholders consist of a multinational telecom company and major movie studios from around the world.

Big production projects inevitably make it difficult to recoup costs. Asked how HOOQ will increase revenue to cope with production costs, Bithos said, "Our priority, No.1, is growing our current markets." Currently the service is available in five countries -- India, Indonesia, the Philippines, Thailand and Singapore. "No. 2," he continued, "will be adding markets very selectively."

Bithos dismissed the possibility of entering China. He called the country "a very difficult market because everything related to the internet works differently from the rest of the world."

The key to increasing subscriber rolls, Bithos believes, is the right mix of local content, original programming and a quality international library. Of course, the company has also been busy signing deals with powerful distributors in each market, typically mobile phone service providers.

Looking at Netflix, which has a negative cash flow despite a market capitalization of $70 billion, the lesson seems to be that having big and rich shareholders is not enough to maintain an original production strategy.

"We intend to grow the company to the point where we can go public on the stock market," Bithos said. "We are not there yet. We have a few years to go. People who are joining us, including the shareholders, share this vision."