Evergreen sees aviation and shipping growth in Trump's US

Increase in infrastructure spending in America will help company TAIPEI -- Taiwan's leading transportation conglomerate Evergreen Group on Monday said it was optimistic about its aviation and shipping businesses in the U.S. under President Donald Trump's new policy to boost infrastructure and investment. 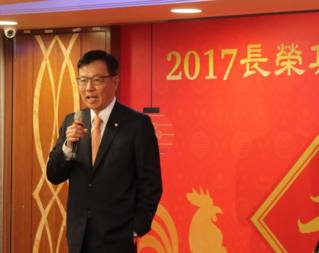 "For us, President Trump's policies to increase investment in infrastructure and boost the local economy should provide the shipping industry with better prospects, and we believe the U.S. economy is moving toward a better place," said Anchor Chang, chairman of Evergreen Marine.

Chang says his company could benefit from higher demand for shipping on the back of a better economic outlook in America. He also says he does not see any change in marine trade between China and the U.S. so far. 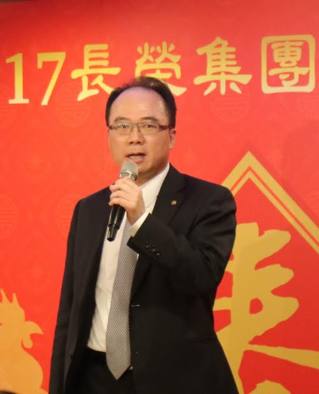 "Overall, 2017 will definitely be better than last year, which suffered a worse downturn than the financial crisis back in 2008 and 2009," said Chang.

Last year was widely considered to be one of the worst for the global shipping industry. South Korea's Hanjin Shipping and China's Zhejiang Ocean Shipping filed for bankruptcy. Furthermore, three of the biggest Japanese shippers -- Kawasaki Kisen Kaisha (K Line), Mitsui O.S.K. Lines and Nippon Yusen Kaisha -- decided to consolidate their container operations into one due to global turmoil in the sea-cargo business.

But Eva Airways Chairman Steve Lin shared Chang's optimism for 2017. He says his company is expecting a 20% increase in total flying miles this year and would invest heavily in routes to North America, northeastern Asia and Southeast Asia.

Eva President Derek Chen says his company will increase flights to North America to 92 per week from 80 at the end of 2016, eyeing growing demand for journeys from Asia to the U.S.

But Lin warns that rising oil prices may still pressure airlines. For 2016, Eva Airways generated a record revenue of NT$144.67 billion, up 5.48% from a year ago. For the first three quarters ended in September, the air carrier booked a net profit of NT$4.65 billion. North America routes account for the largest portion of the company's revenue at more than 40%.

Evergreen Marine's revenue for 2016 fell 7% to NT$124.49 billion. The shipping company is expected to suffer annual losses for 2015 and 2016 but is aiming to turn around this year in an improving market condition. Around 40% of the company's revenue came from U.S. routes.

Both companies have not reported profit figures for the fourth quarter.