Automaker looks outside its wheelhouse as tech changes cars 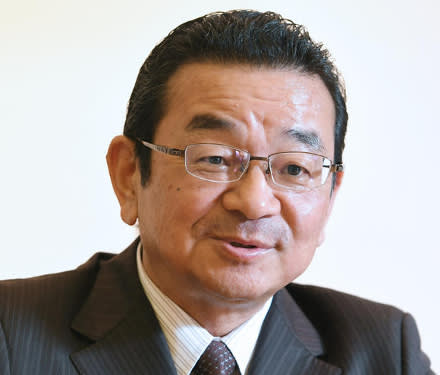 TOKYO -- The proudly self-sufficient Honda Motor is now reaching out to partners in artificial intelligence and autonomous driving to keep up as new technology alters the nature of cars.

The Japanese automaker sells about half as many autos as the likes of Volkswagen and Toyota Motor -- a scale that presents challenges for raising competitiveness, President and CEO Takahiro Hachigo acknowledged in an interview with The Nikkei.

Hachigo spoke about Honda's partnership strategy and how it relates to its pursuit of innovation. Excerpts from the interview follow.

Q: Honda has been teaming up with a number of IT and communications companies.

A: The conventional wisdom in the auto industry is undergoing big changes. Technology is evolving more quickly. Doing everything yourself can get expensive and lead to complacency. Without connecting with people in fields like IT and communications, we would never be able to adapt to new technologies.

Is it the end of the motorcycle as we know it?

Honda has made cars with cooperation from other companies in the auto industry, such as parts makers. But ... we're also putting effort into open innovation now.

Q: This seems like a major shift in your partnership strategy. Has there been any confusion in your ranks?

A: Some, I imagine. When I worked in development as a technician, the shift from hydraulic parts to electric ones unsettled me. But it's important for us to evolve with these changes.

Q: What results are you hoping to see from your tie-ups?

A: We need new partners to make new types of cars, such as fuel cell vehicles. By partnering with companies in the industry, we can attain a certain scale, lightening the burden of R&D spending and reducing procurement costs to make our components more competitive. We formed a joint venture with General Motors to produce key components in fuel cell vehicles.

[But] we don't mean to limit our partners to our own field. Honda is skilled in some technologies, less so with others. We have to link up with other fields to absorb technology and expertise we don't have. Waymo, Google's autonomous driving affiliate that we entered into talks with at the end of last year, has sensor R&D know-how that is completely apart from Honda's technology.

Automakers have accumulated little R&D on artificial intelligence. To develop next-generation vehicles that can talk with their drivers, we went to SoftBank Group, which has plenty of AI know-how. We teamed up with Singapore's [ride-hailing service] Grab, which has a two-wheeler-sharing service in Southeast Asia, in order to study a new approach to sales that isn't based on ownership.

Q: Mergers and acquisitions have produced strategic alliances in the auto industry. Is a capital partnership with another automaker among your options?

A: We have no intention of sharing capital with another automaker. It's too difficult to form a capital partnership that maintains a relationship of equals. If we were to pursue standardization in engines or platforms with other automakers for the sake of efficiency, then more cars would look the same, and we'd lose what makes a Honda a Honda. We want to focus on making uniquely Honda cars.

Still, we do face the problem of how to become more competitive when we sell around 5 million vehicles per year. We want to continue boosting quality, not chasing scale, so we can create products and services that improve our customers' lives.