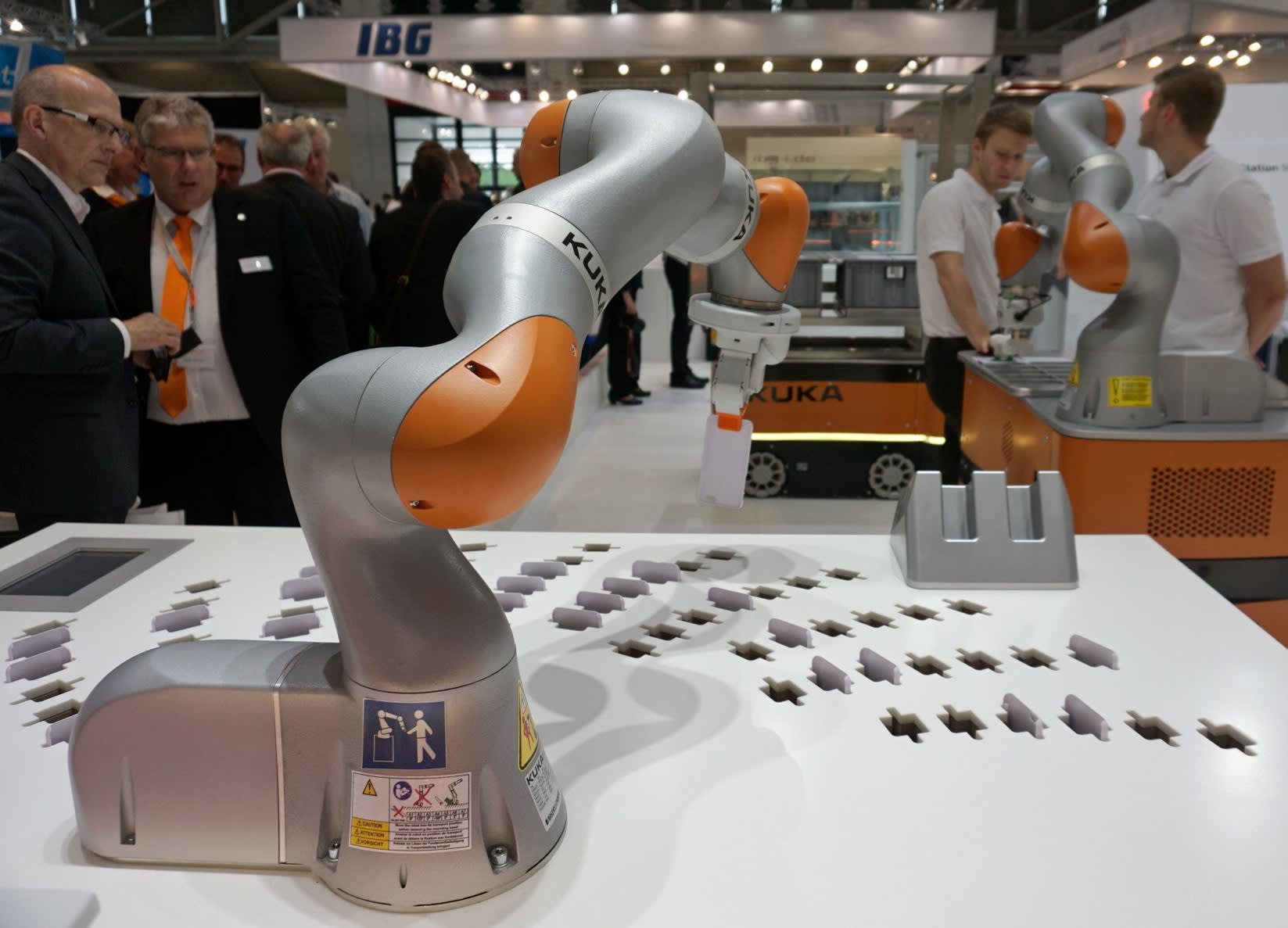 Midea has priced shares at 115 euros apiece for up to 4 billion euros ($4.41 billion). The tender offer began June 16 and concludes July 15. The Chinese company said Friday it already had acquired 43.74% of outstanding Kuka shares, making good on previously announced plans to purchase a stake beyond 30%. Midea, which owned 13.5% of Kuka before the bid, eventually will lift the stake beyond 57% once the takeover is complete.

Midea aims to use Kuka's cutting-edge robotics technology to further automate plants. Wages for factory workers in China have doubled over the past five years. Production centers for Midea's mainstay household appliances are labor intensive, and the manufacturer must control labor expenses.

China lacks the latest in automation technology, so Midea decided to buy what it lacked. This acquisition also will let Midea sell the technology to other Chinese manufacturers facing spikes in labor costs.

Midea previously went to Japan's Yaskawa Electric to try to solve its automation needs. Yaskawa is one of the world's four biggest industrial robotics companies, along with domestic rival Fanuc, Kuka and Switzerland's ABB. Midea and Yaskawa formed a joint robotics venture last summer, but the partnership produced no visible results.

"Midea was frustrated that talks with Yaskawa were not going very well, so it switched its target to Kuka," a person close to the industry said.

Kuka's brass welcomed Midea's offer since the deal will let the German company gain an early foothold in the world's largest robotics market.

The company has done well on its own, led by CEO Till Reuter. Kuka's signature orange-jointed robots are commonly seen on the floors of German automakers. The company also is embarking on artificial intelligence and "connected factories," branching off beyond making robotic units. Kuka boosted net profit 27% during the fiscal year ended in December.

Germany launched Industry 4.0, a public-private initiative that aims to promote a new industrial revolution. Reuter says Kuka is at the forefront of that project. Midea is set to acquire the company for the largest amount spent by a Chinese enterprise on a listed German company. Some German political and industrial figures are alarmed by the deal, claiming that technology from a leading 4.0 company will be passed on to China.

Sigmar Gabriel, who serves as both Germany's economic affairs minister and vice chancellor, said in May he would welcome a counteroffer from a European group. But leading candidates ABB and Germany's Siemens have kept their hats out of the ring.

The megadeal also faces hurdles in the form of U.S. government approval. Because American military contractor Northrop Grumman is one of Kuka's leading clients, the Committee on Foreign Investment in the United States will have to judge whether Midea's acquisition threatens national security or other harm.

Reuter has kept his focus on growth, which he determined will be achieved under Midea's umbrella. China accounted for 14% of Kuka's sales in 2015, up 9 points over five years. The two sides agreed in late June to conditions such as maintaining workers and nerve centers in Germany as well as letting Kuka independently safeguard data containing customer information. The duo are trying to placate concerns from third parties.

Midea's attitude will decide whether this deal is successful. Robotics involves companies investing large sums of money over long periods, and development requires the manufacturer to be joined at the hip with the user. A newcomer such as Midea will not find it easy to absorb those concepts. For this relationship to work, Kuka must be the "parent" and Midea must be the "subsidiary" when it comes to robotics.