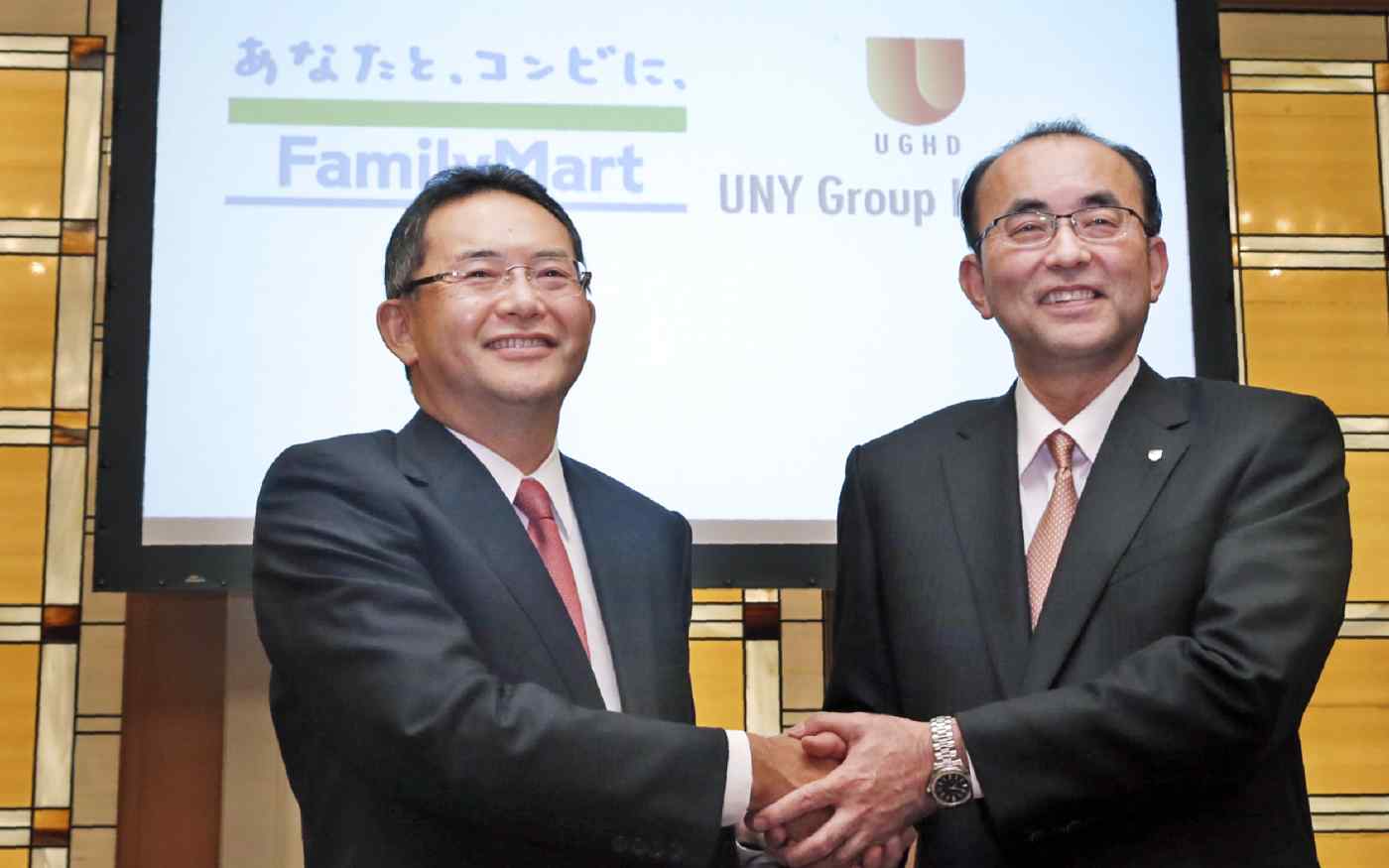 TOKYO -- The merger of FamilyMart, Japan's third-largest convenience store operator, and fourth-ranked Uny Group Holdings will create a third force to rival retail powers Seven & i Holdings and Aeon, but much work remains to get it into fighting shape.

FamilyMart and Uny said Thursday they had reached a basic agreement to unite in September 2016. FamilyMart is to absorb its smaller partner, which operates Circle K Sunkus convenience stores, and form a new holding company. Trading house Itochu, which is FamilyMart's top shareholder and has a roughly 3% stake in Uny, is expected to own about 30% of the new retail group.